The ASH Super Quest event is an initiative of the North Queensland Management Council of the ASHS.

It is an event aimed at promoting Rookie Horses and the Australian Stock Horse Society through the campdrafting industry. The event is run in conjunction with the ACA and points accumulated are the points earned at the ACA venues nominated.

Information about the finals Rules & Scoring…

The top 6 available horses from the leader board will compete in the ASHS Super Quest Final at the ACA National Finals.

The final is held in conjunction with the Rookie Horse final and consists of two full rounds.

Eligible Super Quest horses are ranked from 1st to 6th in each round by their score and awarded points on the following basis:

In the event of a tie, the relevent points are added together and divided by the number of horses in the tie eg. Horse A and Horse B tie for 5th place, they will each receive 7.5 points.

The points gained in each round are then added to the points the horse came into the finals with to determine the winner.

A horse does not have to compete at the finals to win or place in the competition however they wont be able to add to their end of season points. 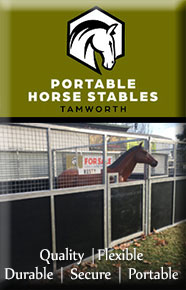