Mac and Gayle Shann know horses. They breed the best and they compete with the best. So when Mac says a particular horse has impressive credentials it is worth taking note and following the story.

Moore Heart Ache is one of these Mac Shann stories.

When Acres Destiny was the dominant sire in the campdraft arena Gayle suggested that they introduce some Acres blood into their brood mare band to join to their exciting young sire, One Moore Daddy. Mac agreed so the search began for a quality Acres mare.

In 2007 they were travelling to the NCHA Futurity to watch One Moore Daddy compete.  Todd Graham recommended Miss Heart Acre and took her along for them to inspect/ride. She was by Acres and out of a Champion reining mare Darwins Dilemma. Mac rode her and although he initially though she was immature in open spaces, the moment he worked her on a cow her desire and movement were evident, so they bought her on the spot!

Mac and his beautiful Acres mare then set about becoming one of the country’s leading Open horse and rider combinations in the sport. Mac says what sets her apart from others is her toughness and her ability to keep backing up run after run after run. At cow level and at competition level she just keeps shining and she has remained sound throughout enabling her to amass a list of Open Draft wins in major competitions.

Her brood mare career is no different and her foals exhibit the same ability and toughness.

Mac was handling One Moore Daddy youngsters, including two embryo colts from Miss Heart Acre. After routinely throwing a rope on Moore Heart Ache he commented to Gayle that they shouldn’t be gelding him. He was special from that first moment. His ability to sweep his front end effortlessly and turn with ease plus his movement as if he was on air impressed Mac and his future as a sire was cemented that very day.

He was broken in by Karen Howard as a 2yo and was still impressing Mac at every step, but Mac didn’t want another stallion to campaign and stand. They also knew that they would want to use Moore Heart Ache as a future sire at Cantaur Park so the decision was made to not sell the horse in case he was lost to them. The solution was to involve talented young horseman Trent Challacombe.

Trent was offered a half share in the young 2yo green broken colt and the opportunity to campaign him. The decision for Trent was immediate, a young colt by One Moore Daddy out of Miss Heart Acre coming with Mac Shann’s recommendation.

Trent was thrilled with his new colt from the get-go and his initial plan involved lots of work and no pressure of competition. This is still the plan as he and Mac agree they have a top shelf competition horse for many years to come.

He started as a 4yo with his Futurity year where he had four starts for four very impressive scores. Trent admits he wasn’t after ribbons, he was only after a solid grounding and couldn’t have been happier. Covid then took care of the next year and he returned as a 6yo. Older and wiser he is showing all the competition traits of his mum with a cool mind, but a toughness to take care of the job.

He became an Open Horse incredibly early with a win in the Stallion Draft at Powlathanga and owners Mac and Trent agree he will be a horse of the future. Mac is thrilled that Trent will give the horse every opportunity and that he and Gayle will get to watch the MG brand go round on yet another Cantaur Park champion.

Mac’s assessment of the two young embryo foals that very first handling is also justified when Moore Heart Ache’s full brother was sold at Landmark for $40,000 as a 3yo gelding. Purchased by Peter & Shari Knudsen, Daddy’s Heart Ache is now an extremely impressive campdraft horse and is continually adding to his already impressive list of results.

Both Trent and Mac have bred to him, and the excitement is already there for the progeny. Well-structured yearlings showing all the traits of their incredibly well credentialed parents indicate that this is a blood line that will offer ability and added scope to any breeding program.

Both Trent and Mac have bred to Moore Heart Ache, and the excitement is already there for the progeny. Well-structured yearlings showing all the traits of their incredibly well credentialed parents indicate that this is a blood line that will offer ability and added scope to any breeding program. 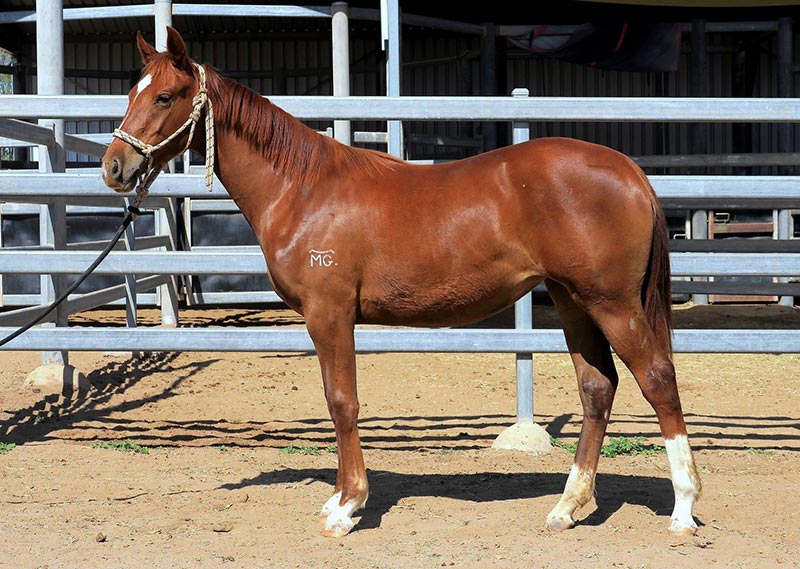 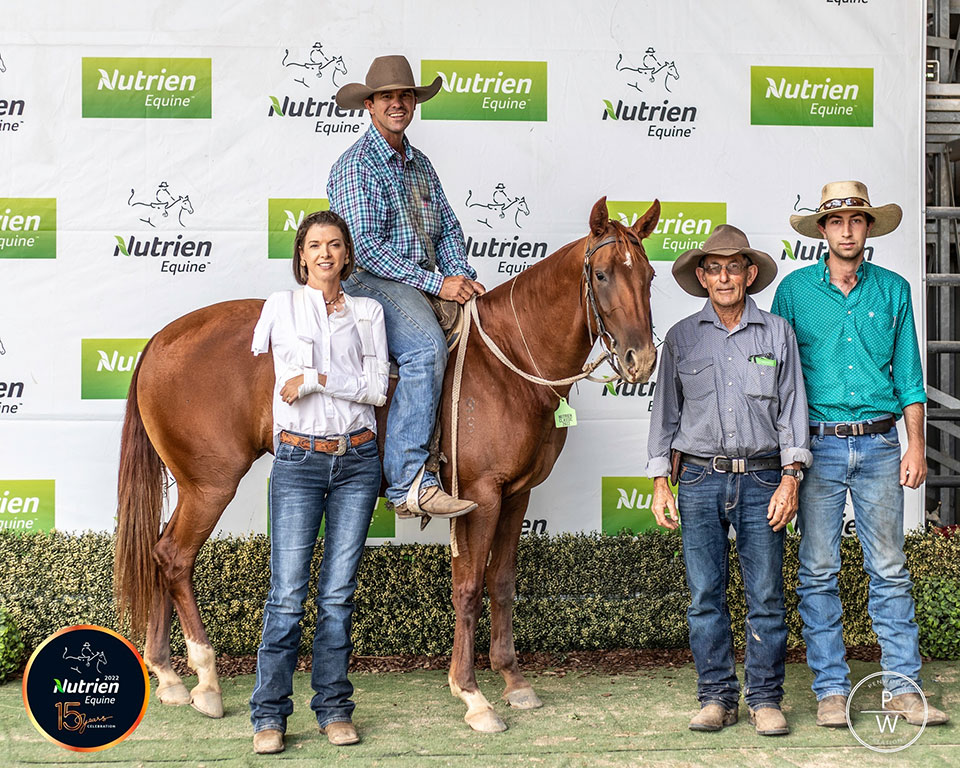 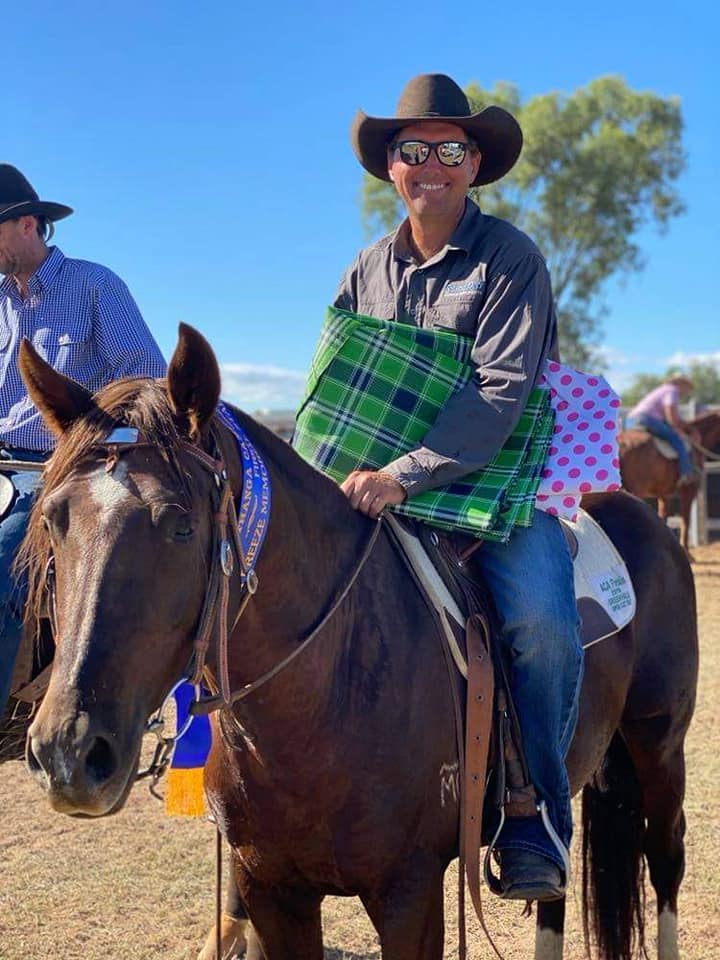 One Moore Daddy’s achievements are endless.  Included are: 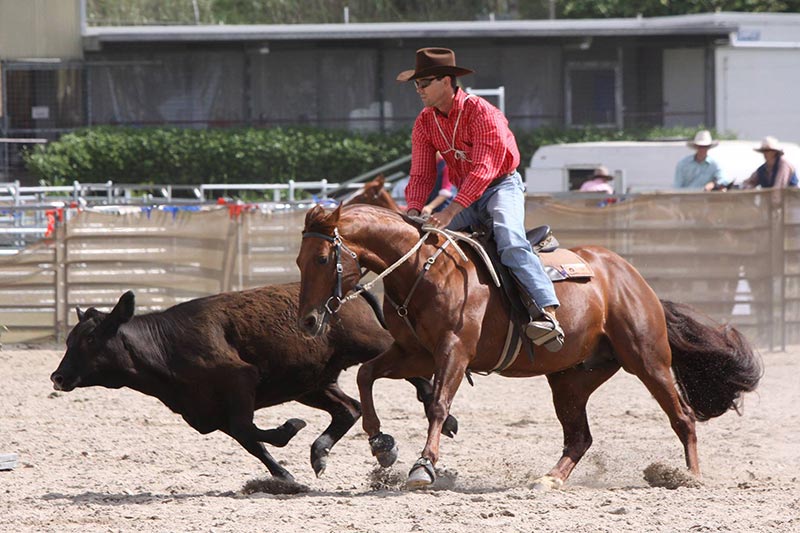 Miss Heart Acre, aka MISSY is by the Acres Destiny out of a Darwin Doc mare called ‘Darwins Dilemma’ that won the NP Reining Futurity & NP Ladies Reining in the same year.

Her results are so extensive they are listed in 3 graphics (opposite/below). 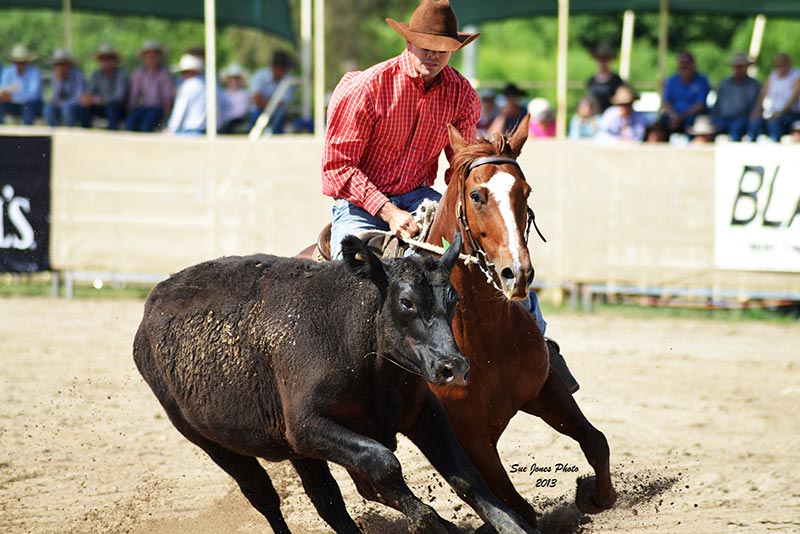 Full embryo brother to Moore Heart Ache.  Sold at Landmark for $40,000 as a 3yo gelding to Peter & Shari Knudsen.

Daddy’s Heart Ache is now an extremely impressive campdraft horse and is continually adding to his already impressive list of results. 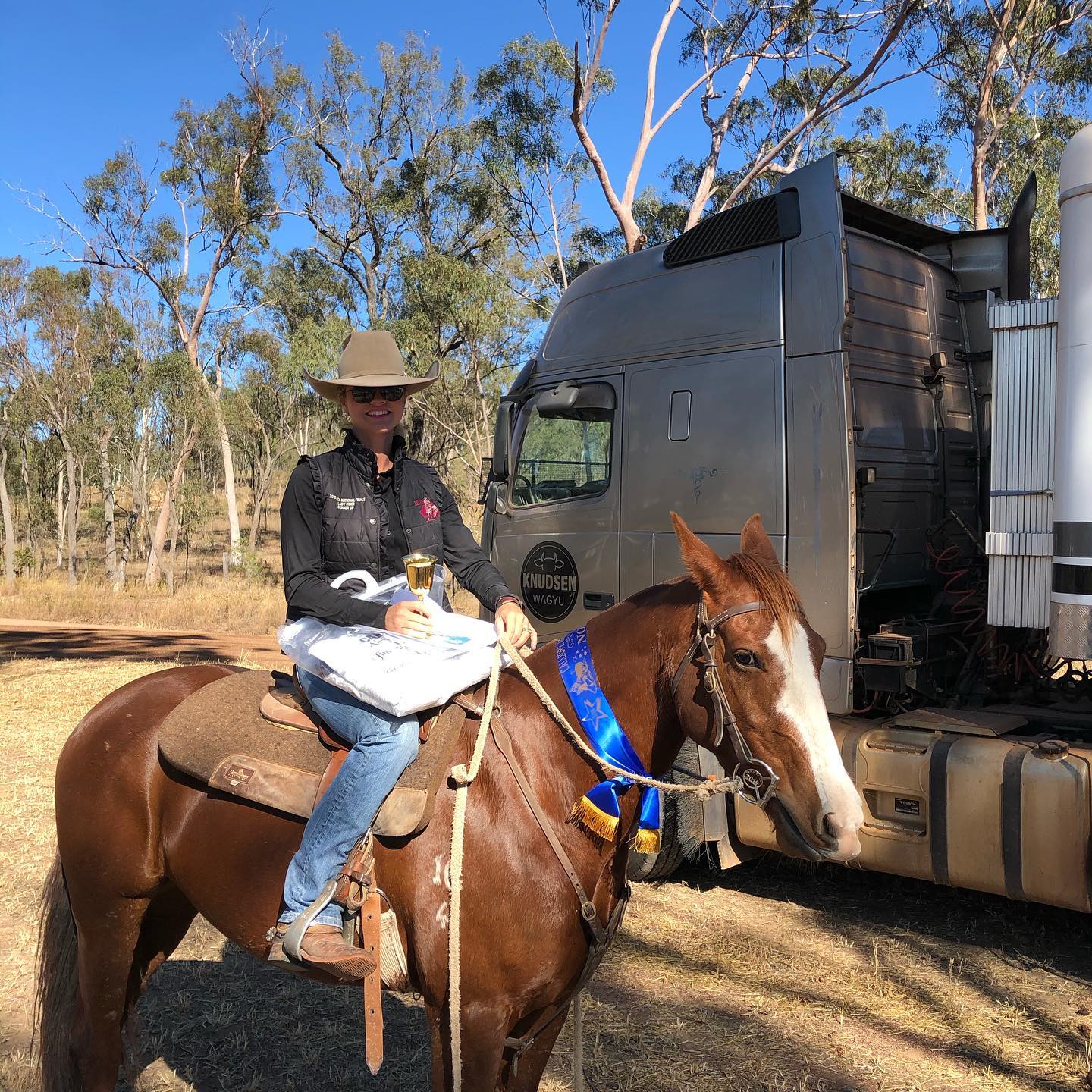