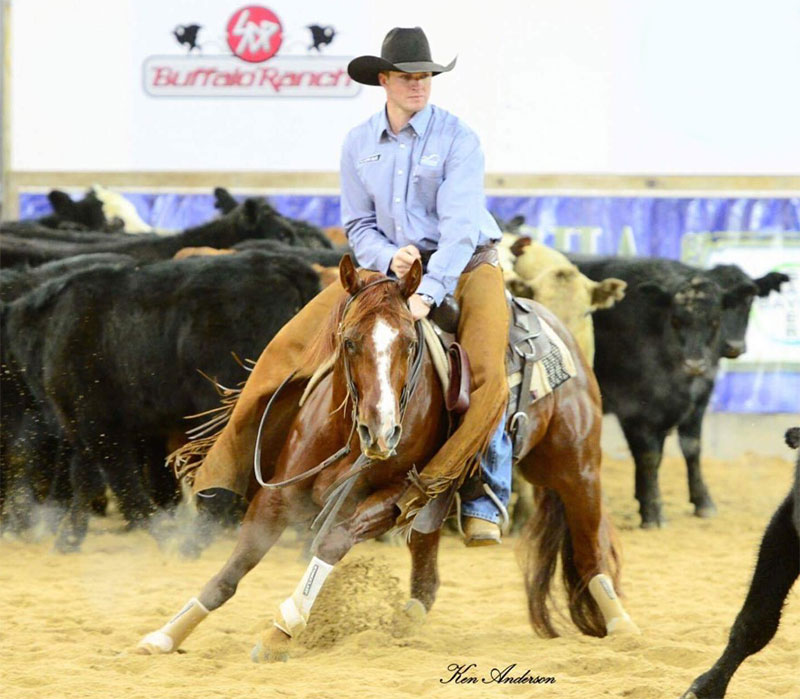 Jamie Seccombe is a quiet young man who is slowly but surely making his way up the ranks of the professional Cutting Trainers in Australia. To be a cutting trainer has been a long term goal and one that he has worked hard to ensure that long term rewards are well within his reach. 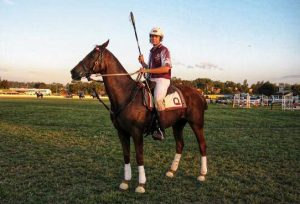 Jamie grew up on the family sheep and cattle property, a 60,000 acre property in the Muttaburra district. From a family of four children that attended Distance Education, he was always a farm boy and enjoyed working with the animals.

Jamie’s Mum, Pam, was the person who introduced Jamie to competition horse sports and she accompanied him when he competed in the local Pony Club, shows, hacking and dressage events.  As a teenager he became a keen polocrosse player and at age 19 he represented Queensland in the No.3 position.

After attending Toowoomba Grammar for secondary school, he headed home for a year helping with the general stockwork before attending Longreach Ag College in 2006. At Longreach he completed his Diploma in Ag. and Horse course under John Arnold. This was his introduction to superior horse education and started him on the road to become a full time trainer.

After college he spent a year with Michael Wilson in Gunnedah breaking and training horses for campdrafting and challenges. This experience was invaluable as Michael introduced him to a different perspective to horsemanship.

Returning home for the next year only increased Jamie’s desire to learn more so in 2009 he headed to Canada and the States and worked with Al Dunning, a major competition Cutting Trainer. Tragedy then struck when news of his mother’s terminal illness emerged. Jamie headed straight home to spend time with his Mum, the person he describes as being the biggest influence of his life. She sadly passed away in 2010 and Jamie took some time to adjust to the bereavement.

He then returned to spend time with Michael Wilson before heading back to the States with Al Dunning. By this time Jamie wanted to learn everything to do with cutting, so to improve his cattle handling skills he spent a season Contract Mustering with Ben Hall, an experience he says was perfect to help hone his ability to read cattle.

It was then time to get serious about becoming a trainer so he headed to Todd Graham to learn the trade in full. Jamie’s logic was always,  ‘if you’re going to work for someone, make sure they’re the best”. Todd was a major influence and mentor to Jamie and he spent 4 years with him. Todd recommended Jamie get his own horse to compete and he purchased One Stylish Turpentine. Together they won the $5,000 Novice Title and finalled in the NCHA Classic before he sold him to concentrate on younger horses. His big break came at the 2015 NCHA Futurity when he catch rode Melody’s Cat for Todd. He won the 1st Round and finalled at his first Futurity.

September 2016 saw Jamie take the invaluable information and knowledge Todd had imparted to him and he made the break and started training on his own. He started with 10 horses and it all just grew from there. He now trains out of James Speed’s property, “Goodliffe”, at Springsure where he has in excess of 30 horses in work. He and wife Ella, believe in hard work with early morning starts being the focus of the day. 3.45am sees them feeding up and working horses by 5am. A break in the heat of the day in summer sees them finish up after 7pm.

The long term goals in the industry are of course to win a Futurity, but more importantly Jamie strives to be successful and earn the respect of his peers. Longer term plans include owning his own cattle property and to keep training really good horses. 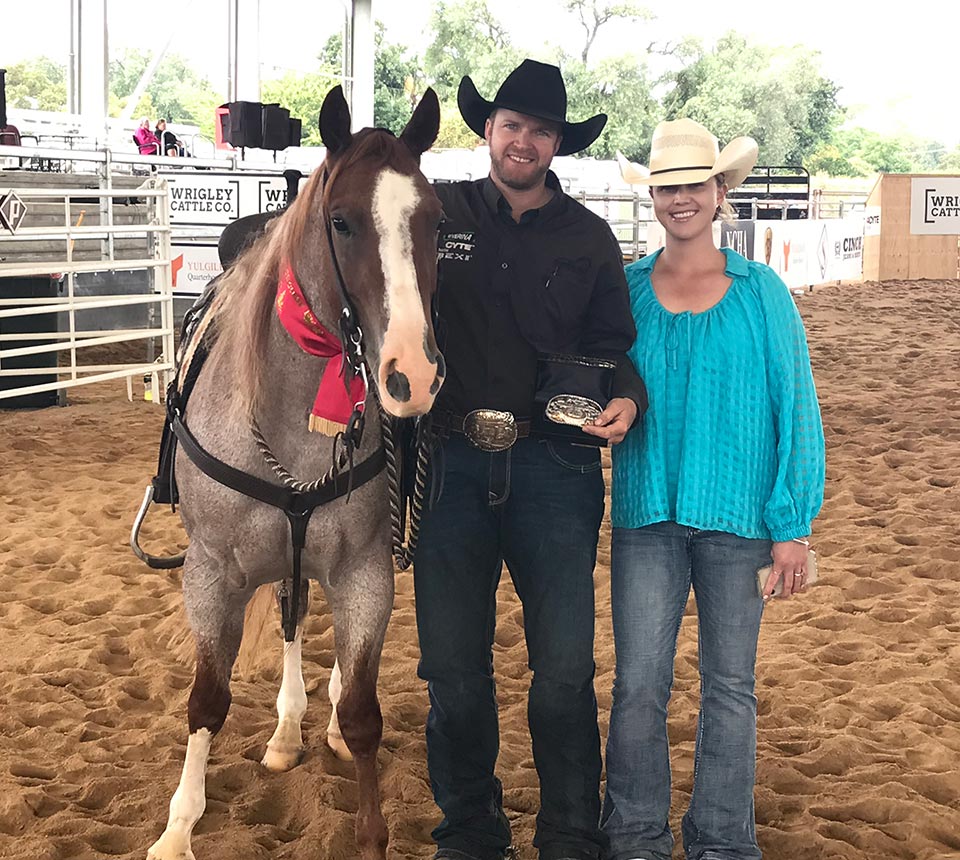 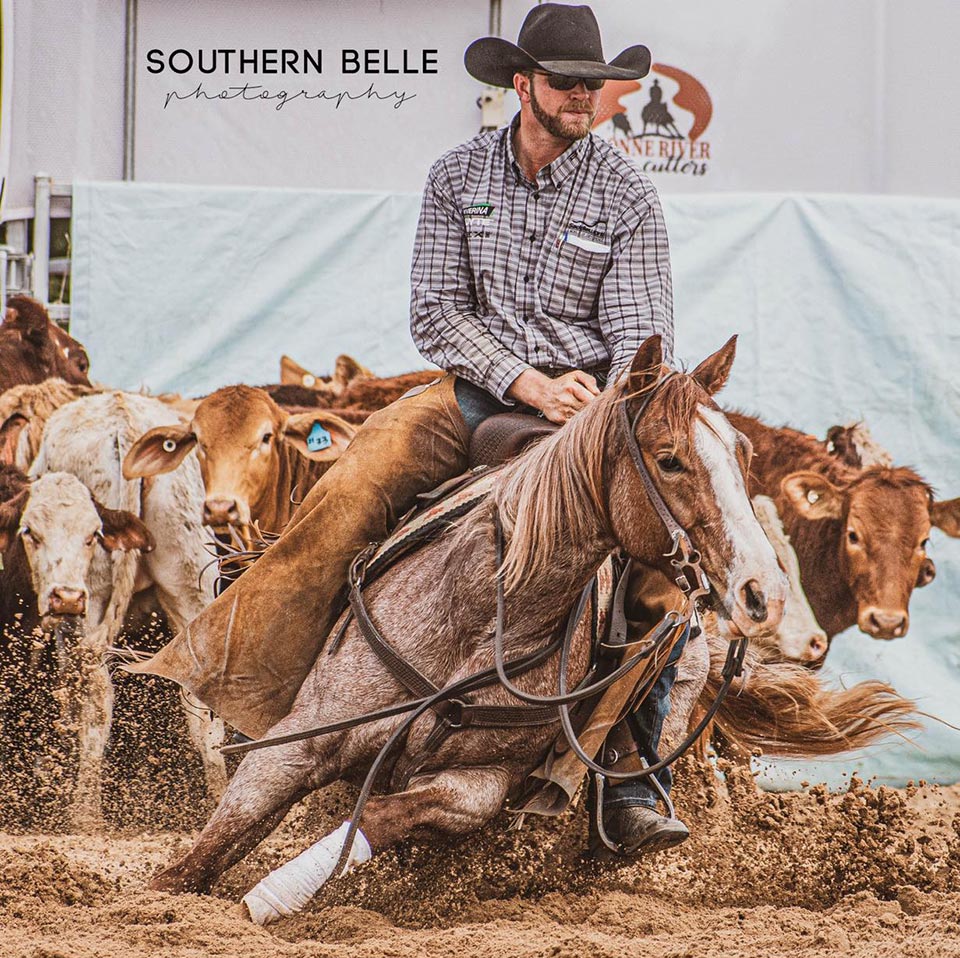 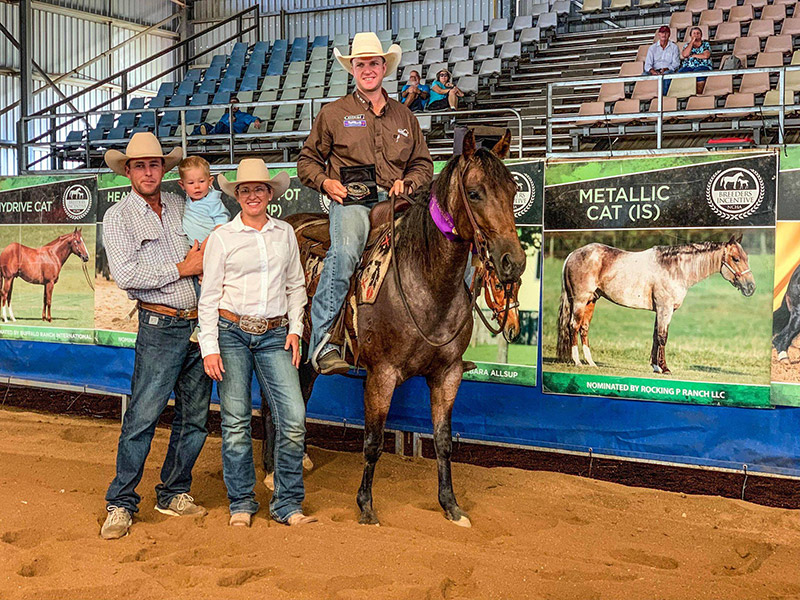 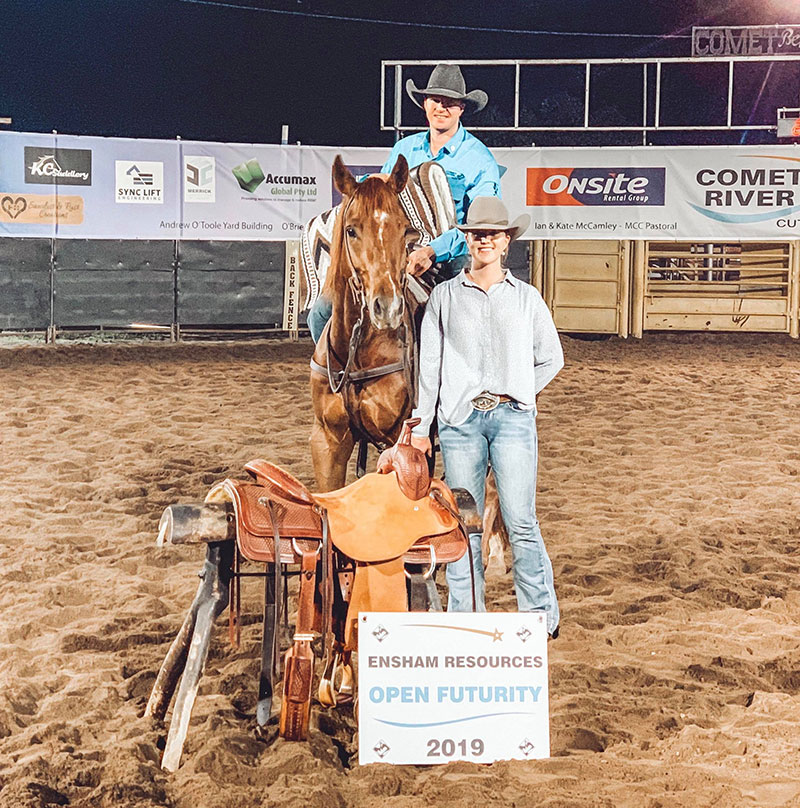 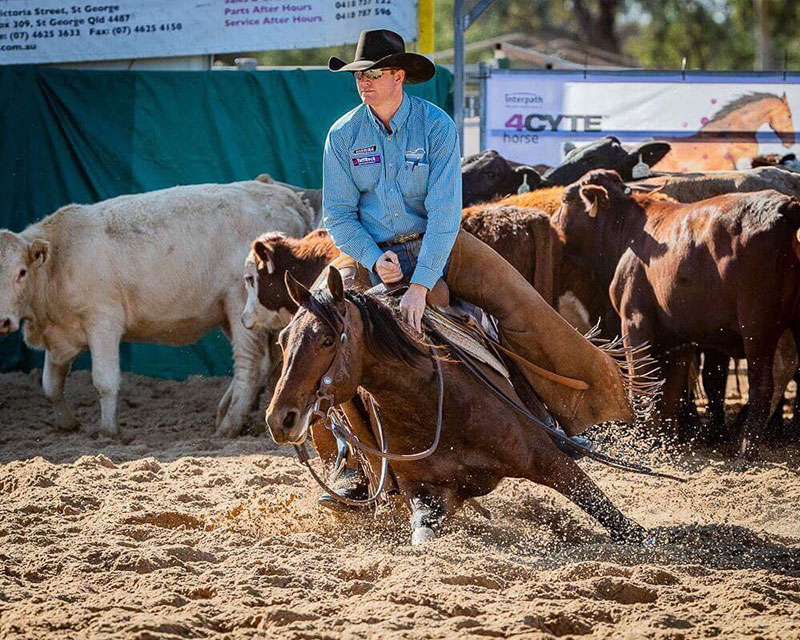 Throughout his career Jamie has had multiple NCHA Novice and Open Cutting wins/places and multiple Campdraft and Challenge wins/places. 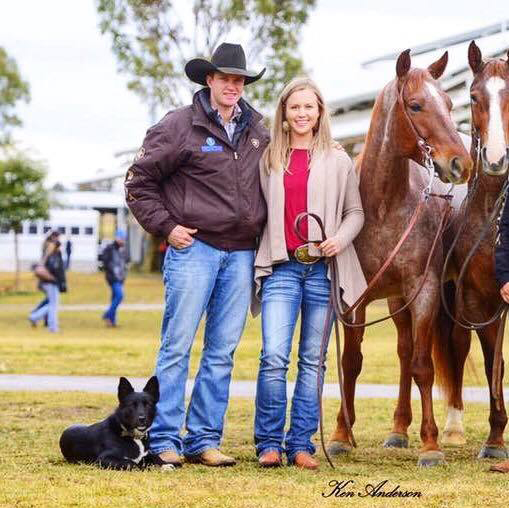 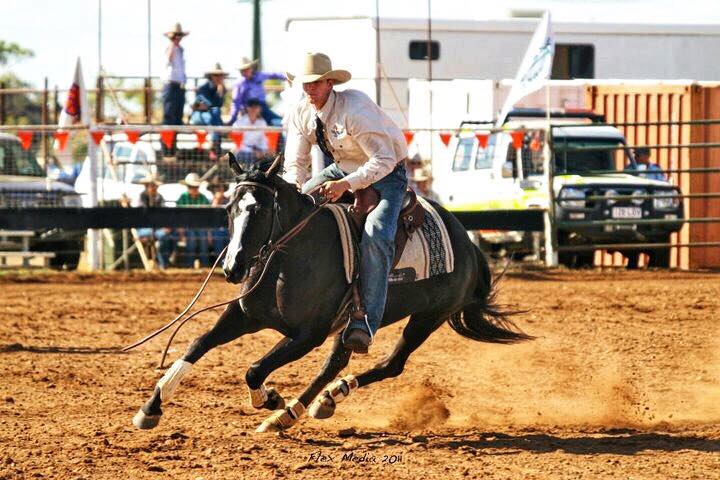 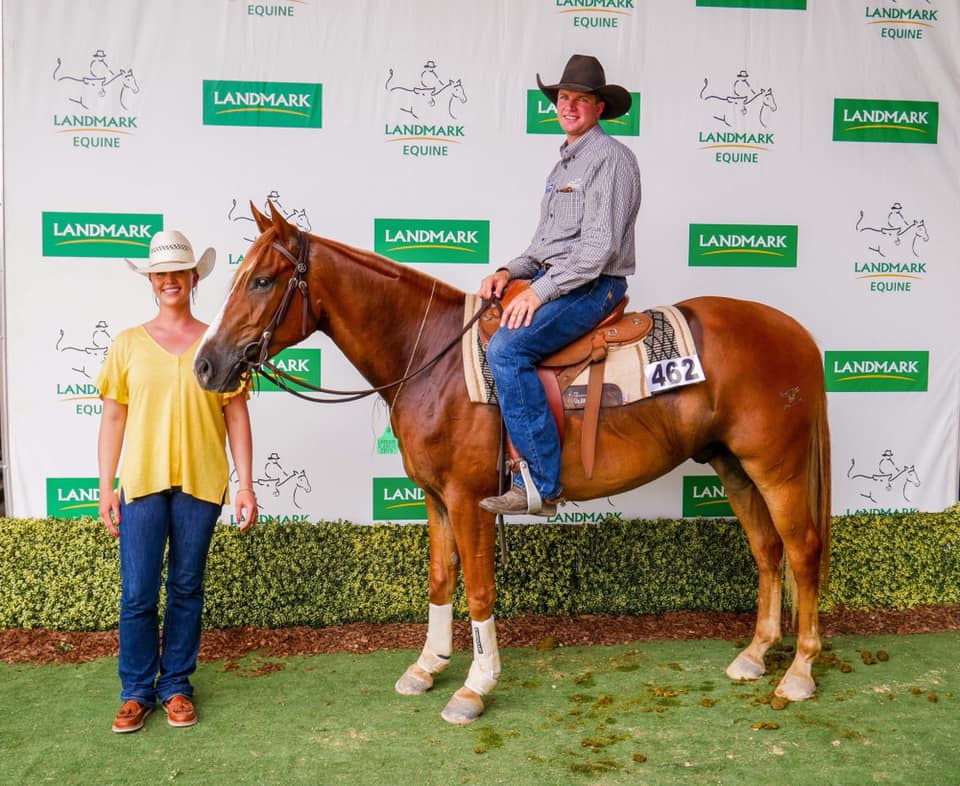 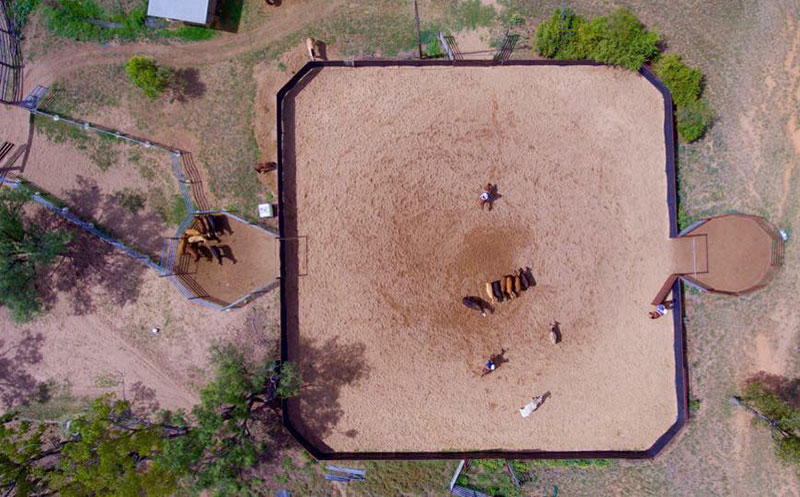 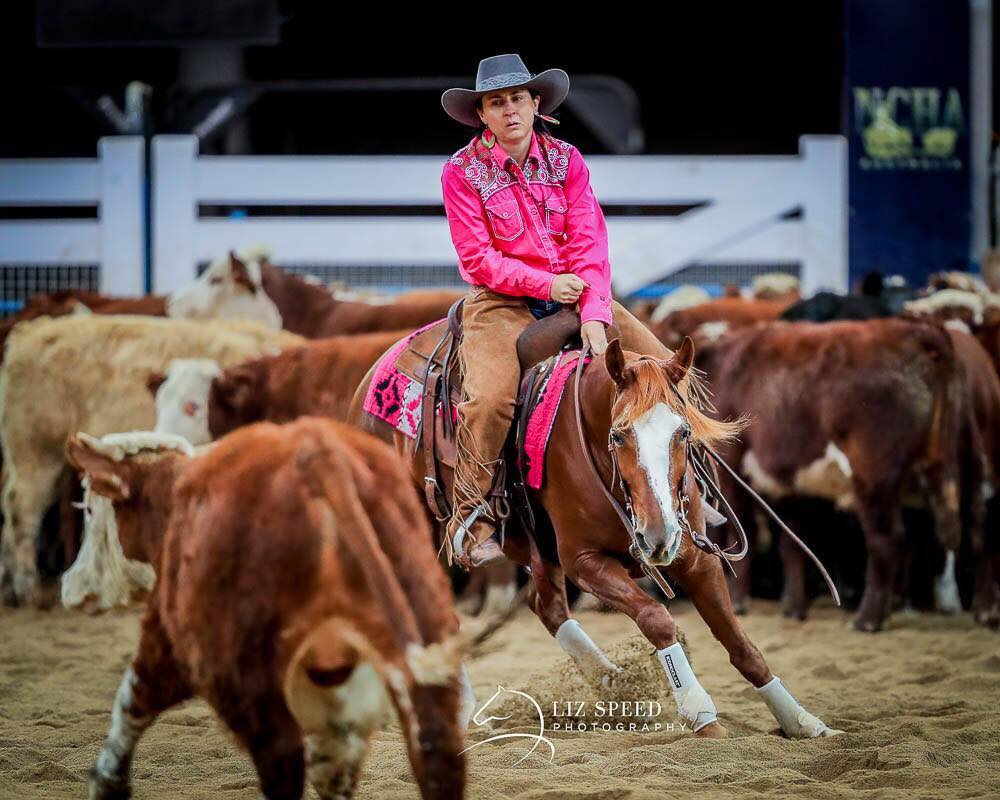 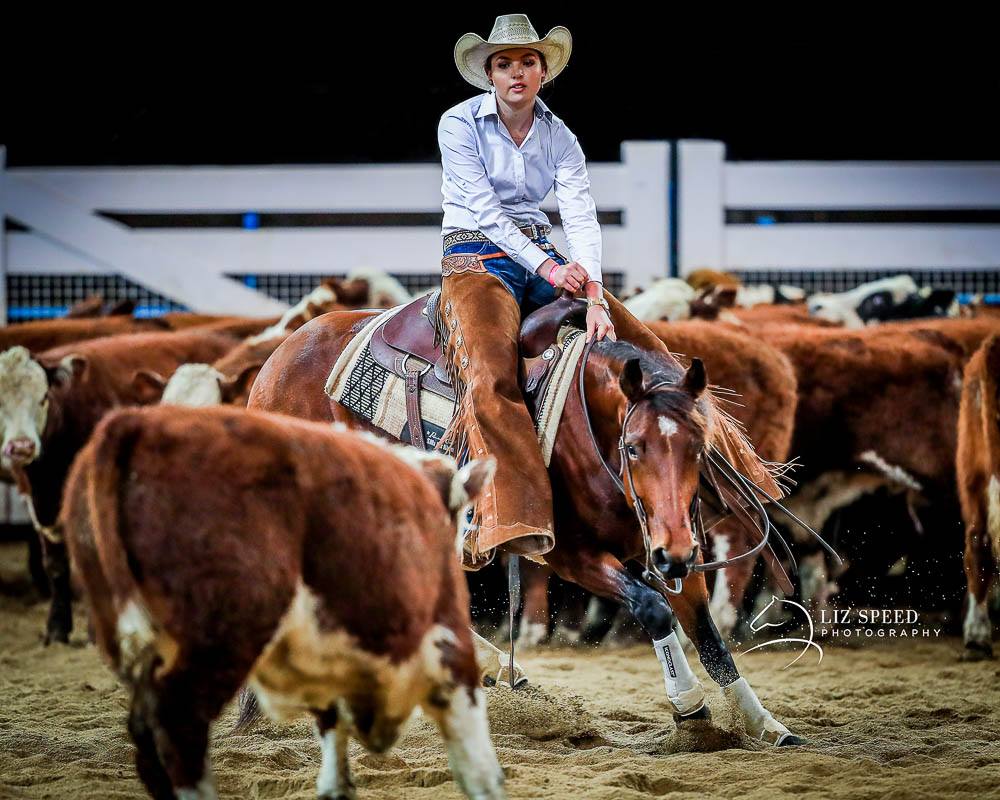 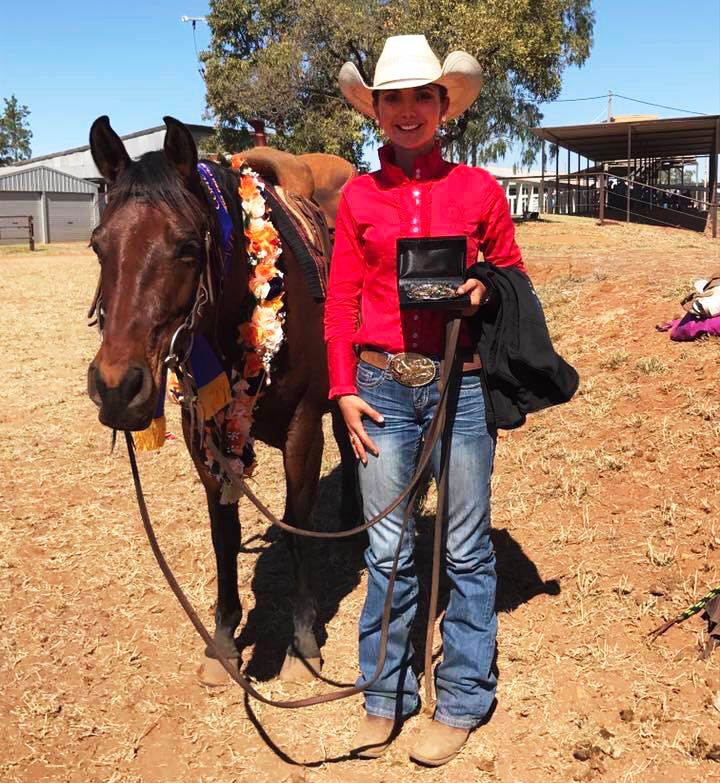 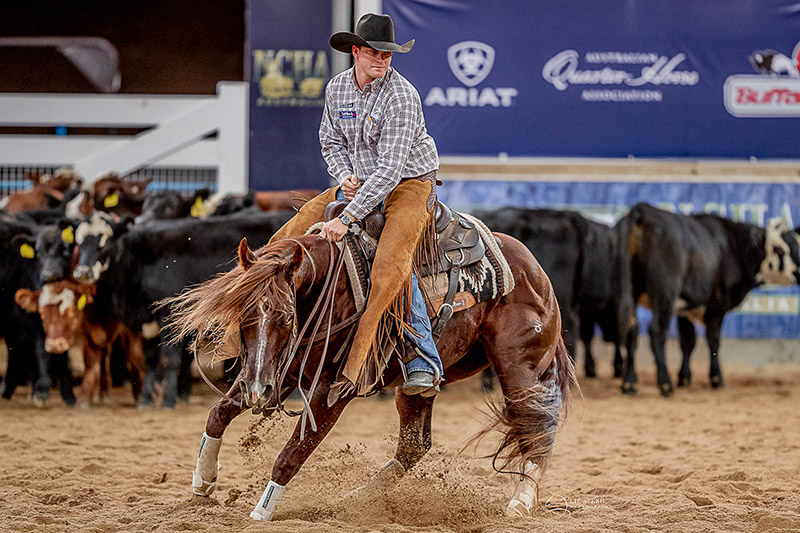