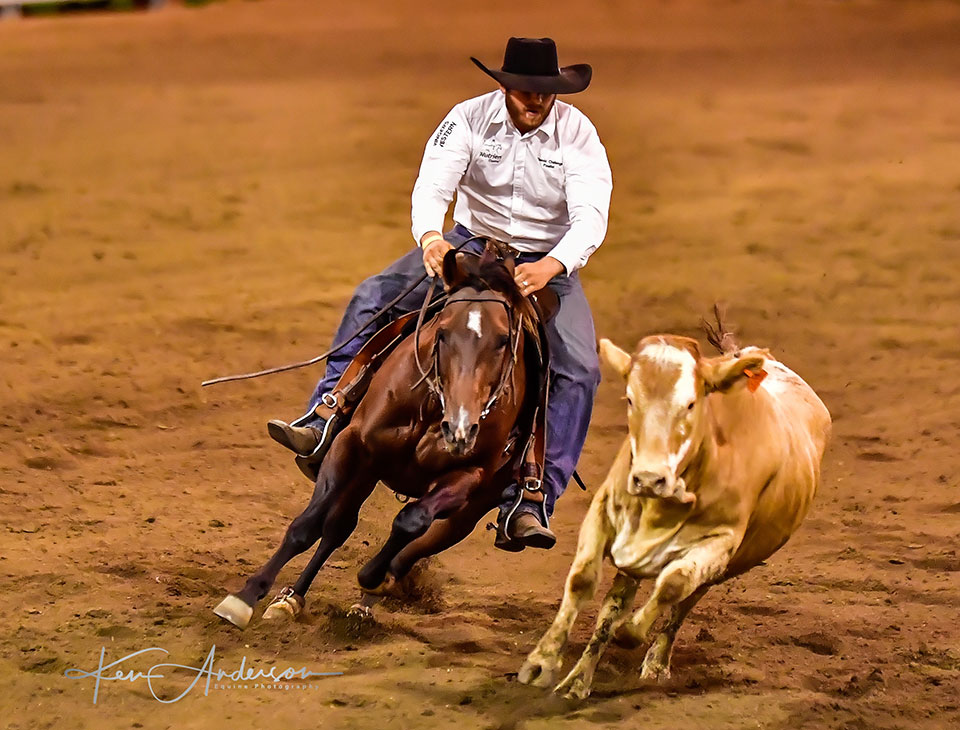 David Smith is an astute horseman from Capella who has always been involved with horses and cattle. He has always enjoyed competing with the family horses with his primary passion being the challenge events. He is a former winner of the Cloncurry Stockmen’s Challenge when in 2002 he won this prestigious event with Leo’s Mister Lena.

The family have now moved to a horse and cattle operation south of Rockhampton but their love of their horses and the challenge arena has only strengthened. David and Raelene’s son Josh is now the jockey and the family’s achievements are going from strength to strength.

In 2018 David and Raelene were considering importing a quality stallion to use with their brood mares, but fortuitously they attended the Landmark sale prior to going to the States. A young 2 yo colt entered the Pre Work ring for vendors Joel and Julie Duff and David was instantly drawn to him. The eye appeal as he presented and then the way he carried himself and worked his cow had David heading straight down to the stable for further inspections. The colt was by Hard Hat Henry and from the well performed mare G I Jane, he was sound, had beautiful conformation and an unflappable nature. David was convinced he had found his horse and went to the sales ring to buy him.

Once purchased it was straight back to Rockhampton to begin his challenge preparation with Josh in the saddle. Every step with GI M Hard was a step forward and the family could not have been more delighted with their purchase.  Josh describes him as the best horse he has ever ridden by far and he has ridden a stack of good ones. He says he is good minded, low maintenance and easy to ride and show.

His competition career started 12 months later as a 3 yo at Landmark in the Classic with his first ever start getting him through to the 2nd round of the Classic. He then went to the Landmark Toowoomba Challenge in March where he won the Challenge and then 2 starts in Futurity drafts to prepare him for Cloncurry.

His win at Cloncurry had a lot of memorable features for the Smith Family. The performance by GI M Hard was exceptional as he was only a 3 yo and joins a very short list of exceptional 3 year olds capable of performing at that level at such a young age. It also made Josh a dual Cloncurry winner having previously won in 2015 and repeated David and Josh’s crown of being the only father and son to win this Title.

His 2020 Challenge campaign started with the Nutrien Classic Challenge and again he was crowned the Challenge Champion. Hardy continues to compete successfully  in Challenges, but he won’t be over shown as his longevity is of paramount importance to the family.

GI M Hard has already been used by the family as a sire and he has two foals on the ground. David is thrilled with them as they are true to type, they are beautifully fronted foals and they travel well. Equally exciting for this young stallion is the quality mares he received during this last breeding season with the resultant offspring being headed to quality trainers in their years to come. 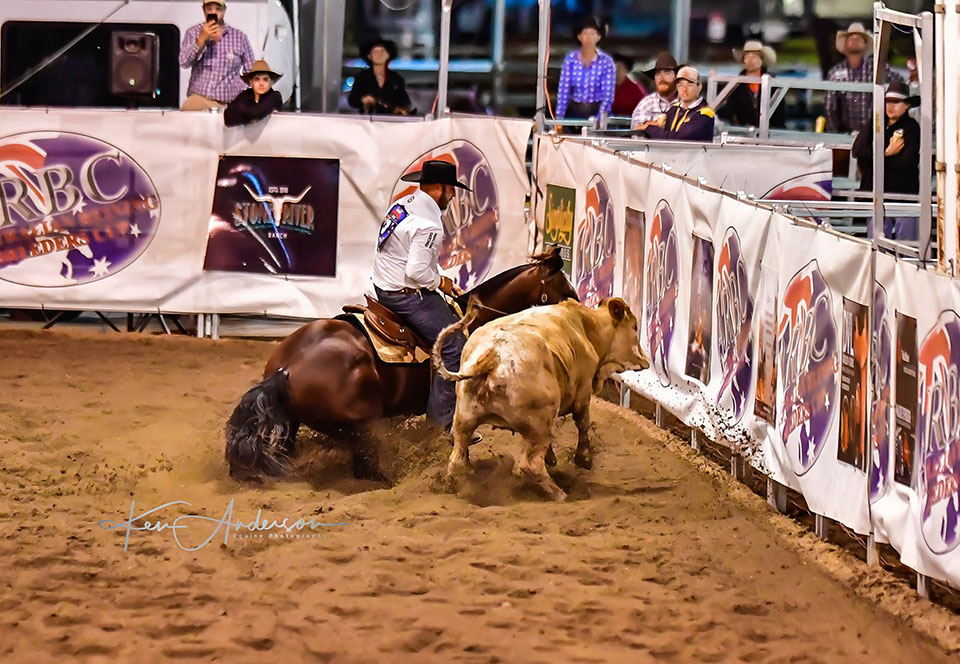 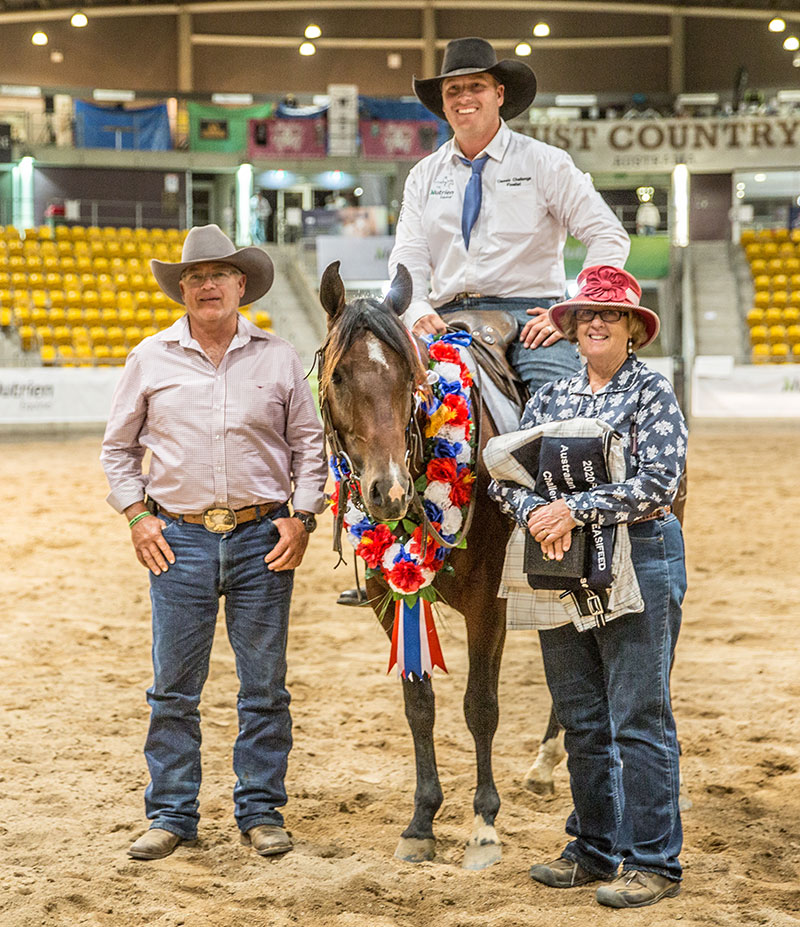 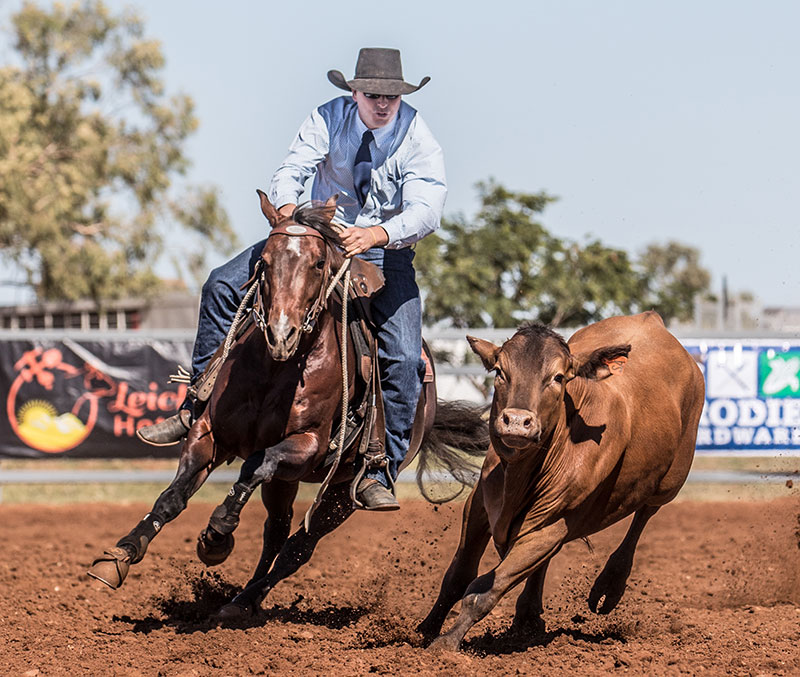 GI M Hard was sold as a 2 yo through the Landmark Classic Sale, presented by Hugh Miles. 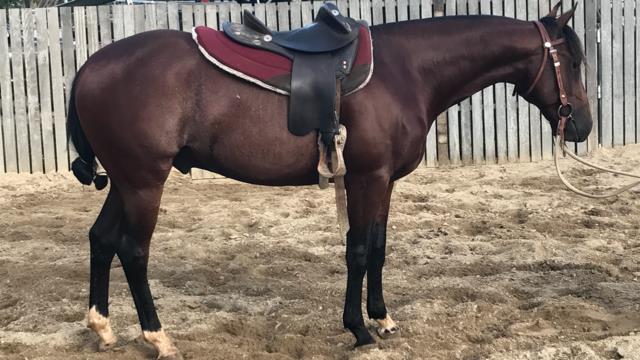 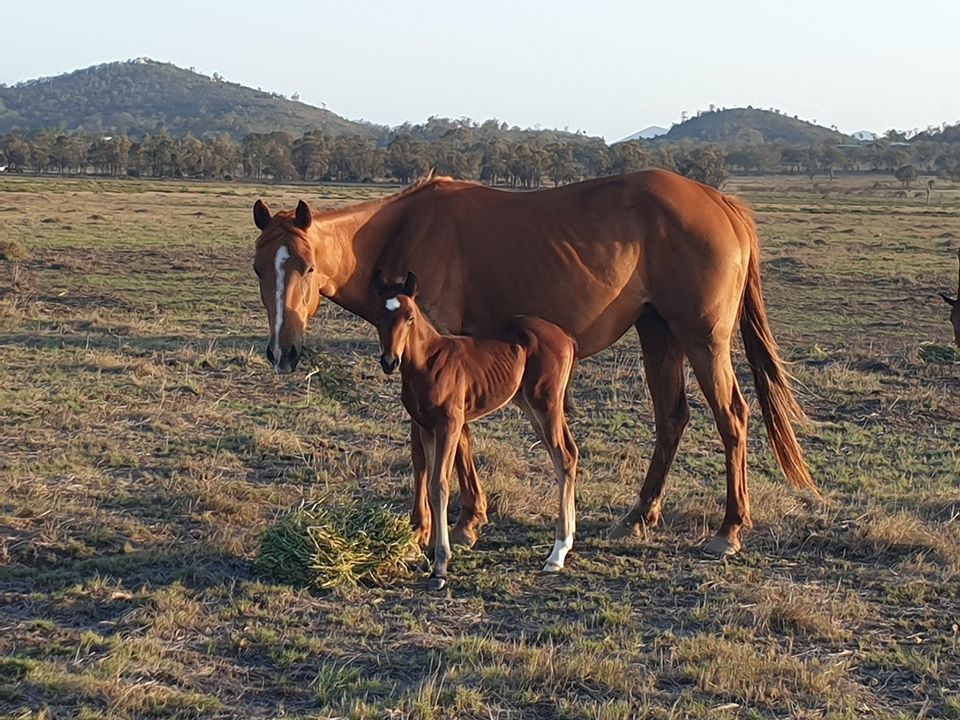 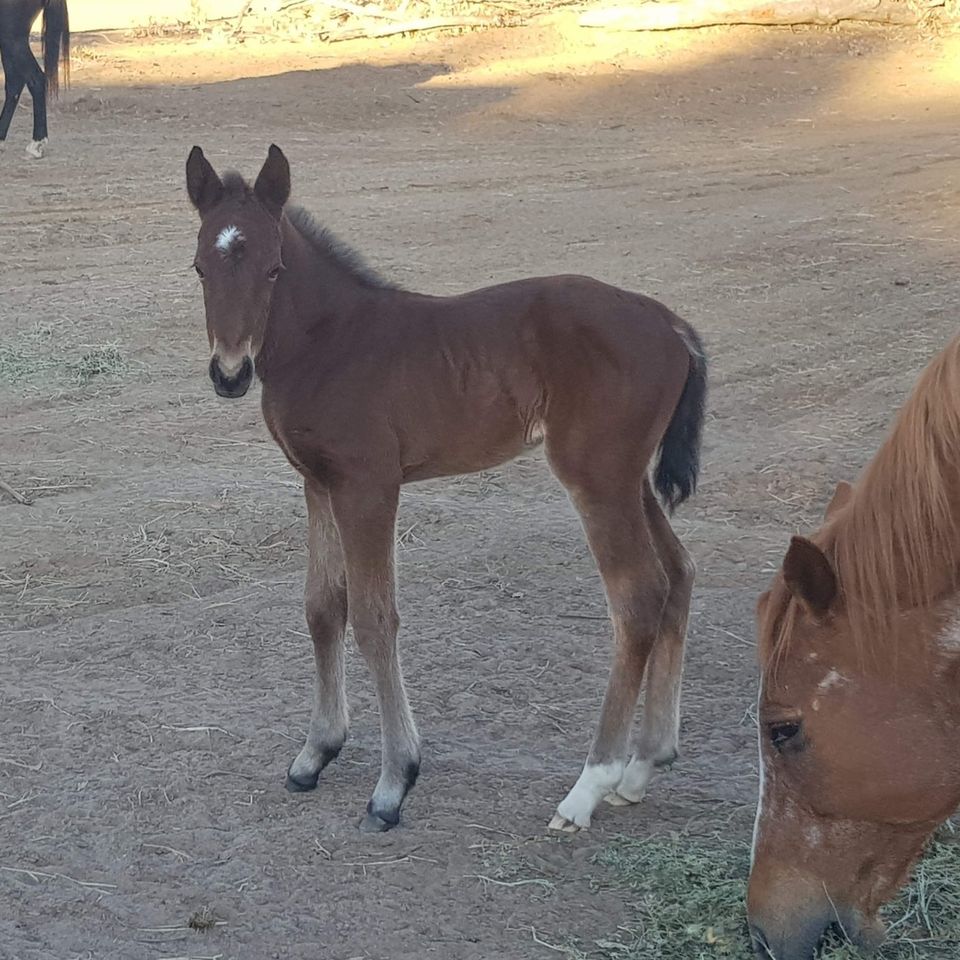 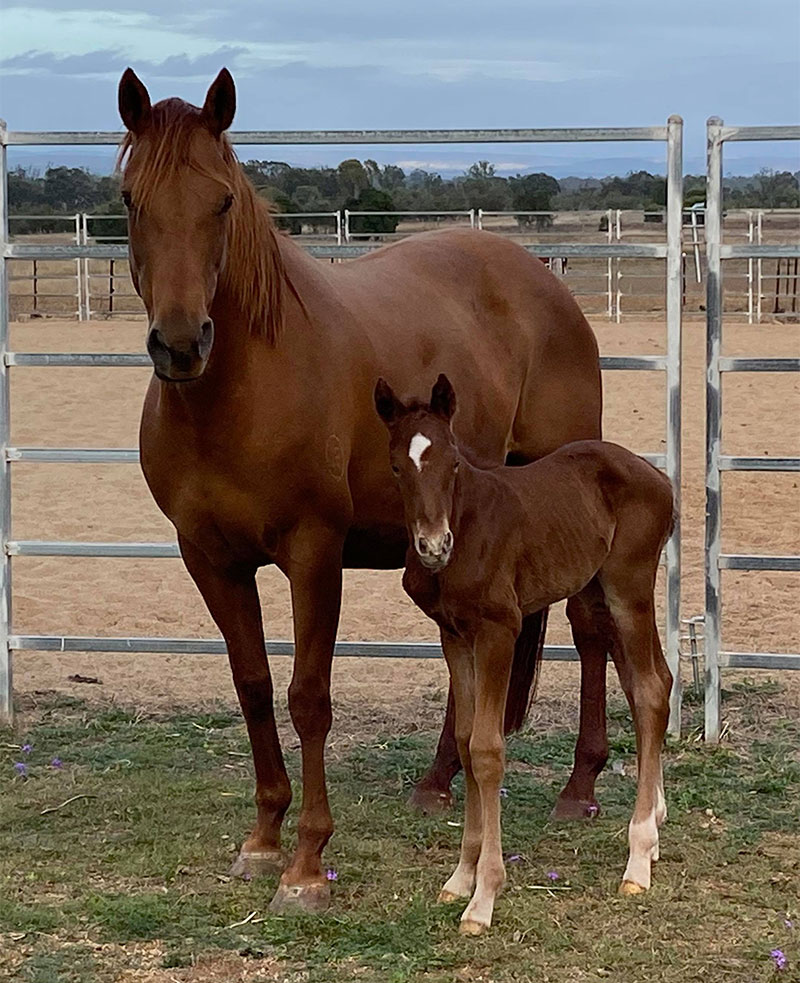 Foaled in 2004, Hard Hat Henry was a Champion cutter with Todd Graham who went on to successfully compete in the campdraft arena with Hugh Miles.

Unfortunately a broken tibia ended his life on May 16, 2016, however he has passed on his ability to his talented offspring. He bred over 200 foals when owned by Dave Kennedy and his legacy will live on through them. 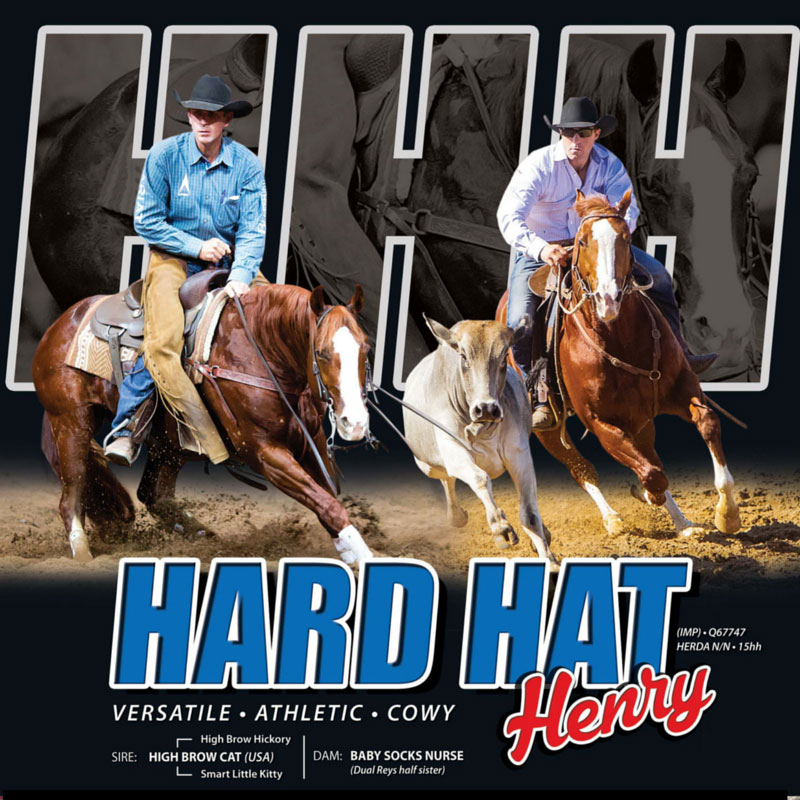 GI Jane is by Docs Spinifex out of a Cuttabar Colonel mare and was born in the year 2000. She is owned by Joel & Julie Duff who best describe this beautiful mare, “She is a powerhouse of a horse with superb talent to boot and progeny to match. We just love her.”

Learn more of her & GI M Hard in Ninety or Nothing Podcast interview with Joel & Julie: 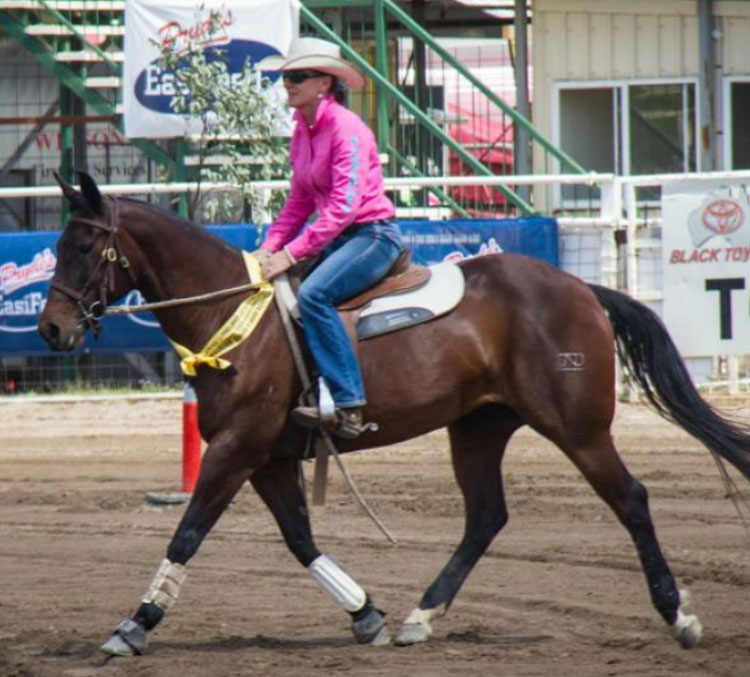 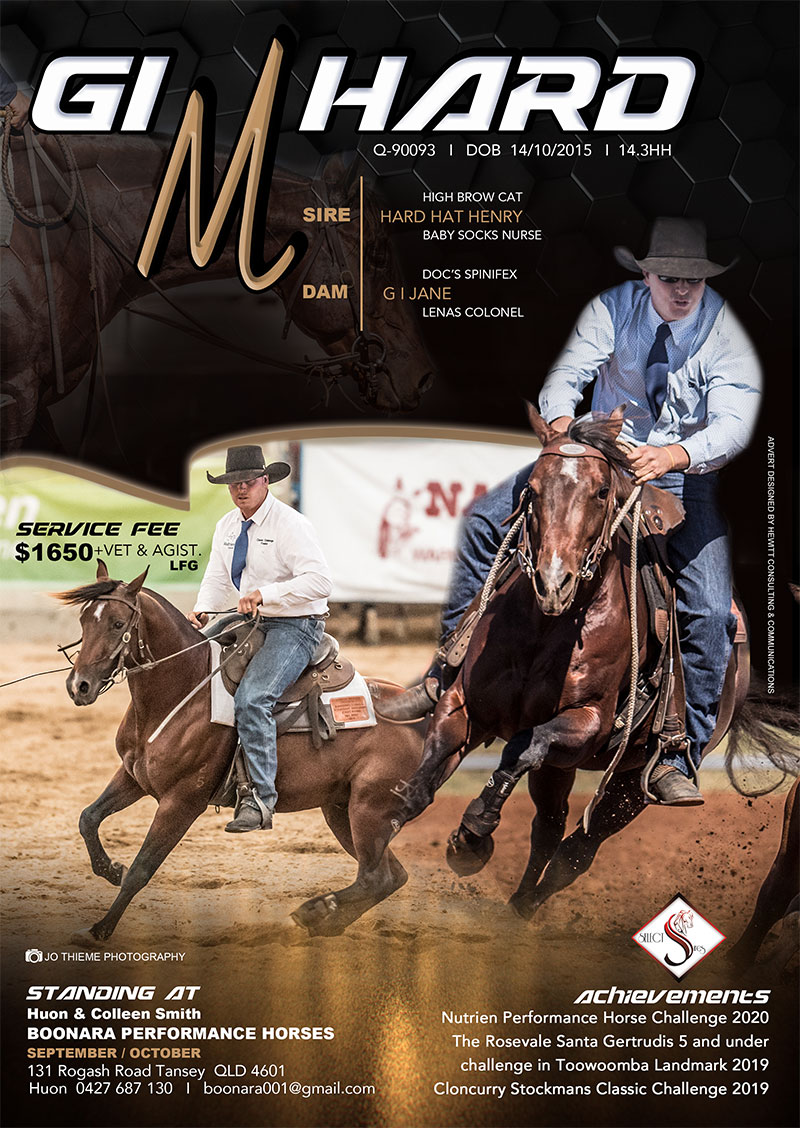 Learn about G I Jane in Ninety or Nothing Podcast Episode #11 with Joel & Julie Duff: