Pete Comiskey
Choose to be the best you can be. 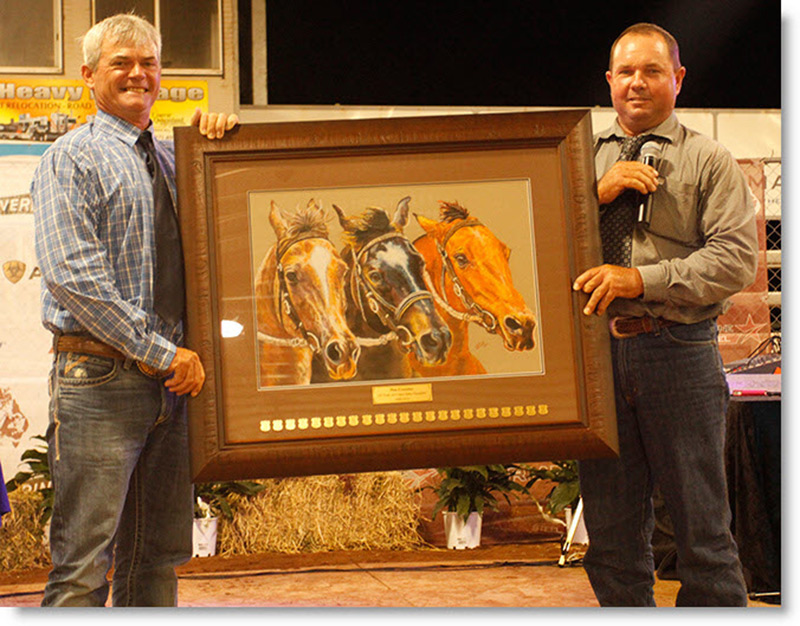 Pete was born in Rockhampton and spent his childhood in the idyllic settings of the Comiskey family property, “Lyra Park”, Capella. Family life was important to Pete and he has always enjoyed the unquestionable love and support of his parents and family.

School at Lyra Park consisted of 7 years of correspondence and then 3 years of boarding school at St Brendan’s College in Rockhampton. It was then home to Dad to start on a career solely based around horses, cattle and his love of campdrafting.

In his teens he took several jobs contract mustering and general station work which were invaluable in expanding his knowledge base, but his love of campdrafting always brought him home and back to the circuit.

He has drafted consistently since the age of 8, where he had a first start win at Foxleigh in the Junior on Silver. He soon stepped up the competition level and won the A.C.A. Juvenile Title in 1985, 86 & 87. His first Open Rider Title came in 1991 and then in 1995 his extraordinary run of continual Open Rider Titles started. The only year missing is 2000 when he was out with a broken leg and the Title went to Ben Hall.

In 1991 to win his first Open Rider title, Pete campaigned 5 horses and went to about 15 drafts. For his 2012 Open Rider title he travelled 12 horses and attended 25 venues. Times are definitely changing as many of these venues are now week long competitions.

Competition and good people drive Pete to continue in the sport of Camprafting. He, his partner Bryony and youngest children Peter & Leila, travel the country competing and running clinics, from their base near Nebo in Queensland, where they run a commercial cattle herd. Pete’s 2 older son’s and extended family also frequent events and competitions and have done for many years.

A lifetime of passion, commitment and determination has enabled Pete to become one of the most accomplished competitors in this uniquely Australian Sport over the past thirty years.

Changes to technology, travel, prize money, and horses have seen the industry develop and expand.  With a large percentage of competitors being weekend participants and a further big percentage being full time professional horse trainers, the industry now envelops a totally diverse spectrum of people. These changes have enabled Pete to develop his own profile and the profile of the sport to new levels.

It is these changes that excite Pete Comiskey.

Pete has achieved a level of Success that no other in the history of the sport or any other sport we know has.  His impressive list of career achievements is illustrated through his flawless performance history confirming why he is one of the most consistent in the sport.

Winner of the following prestigious Australian events, many on several occasions: 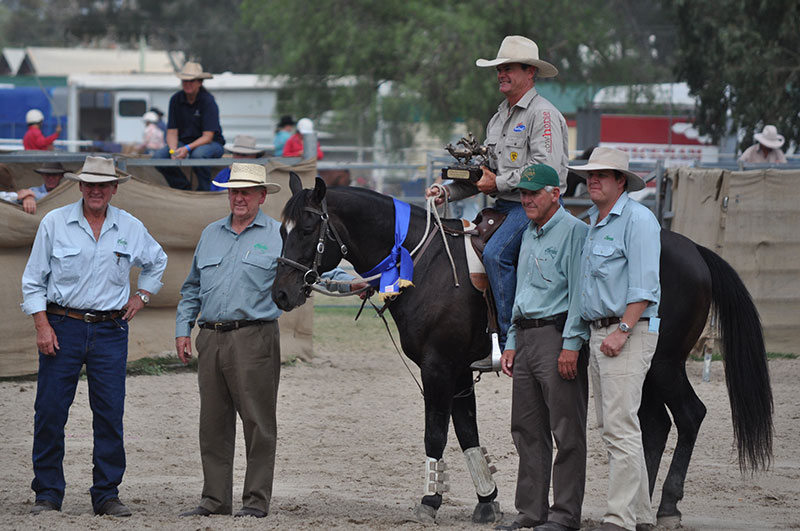 The need for Campdraft schools has expanded along with the sport.

All participants wish to be competitive and as the sport progresses there is an increasing demand for schools and clinics so people can have access to the knowledge and experiences of the elite competitors. Pete believes that the sport must cater for everyone and that everyone must have the chance to develop their skill level.

Pete Comiskey sees this as his way of giving back to the sport that has been so good to him. He makes himself available to do 2 day Campdraft Clinics whenever he can. These are either mid week or weekend events. He is proud of the results his schools achieve and happily admits that his students are regularly in the very same lineups that he frequents.

Pete’s first school was run in 1992 and he now tries to fit 20 schools per year into his busy schedule.  This does not include the 1 to 2 charity schools/year to which he donates his time.

Through his passion for campdrafting Pete has developed a unique training program which has assisted him throughout his impressive career. He shares the keys to his success through his DVD and clinics.

Click on the icon in the top left hand corner to view the entire playlist.  Includes videos listed below.