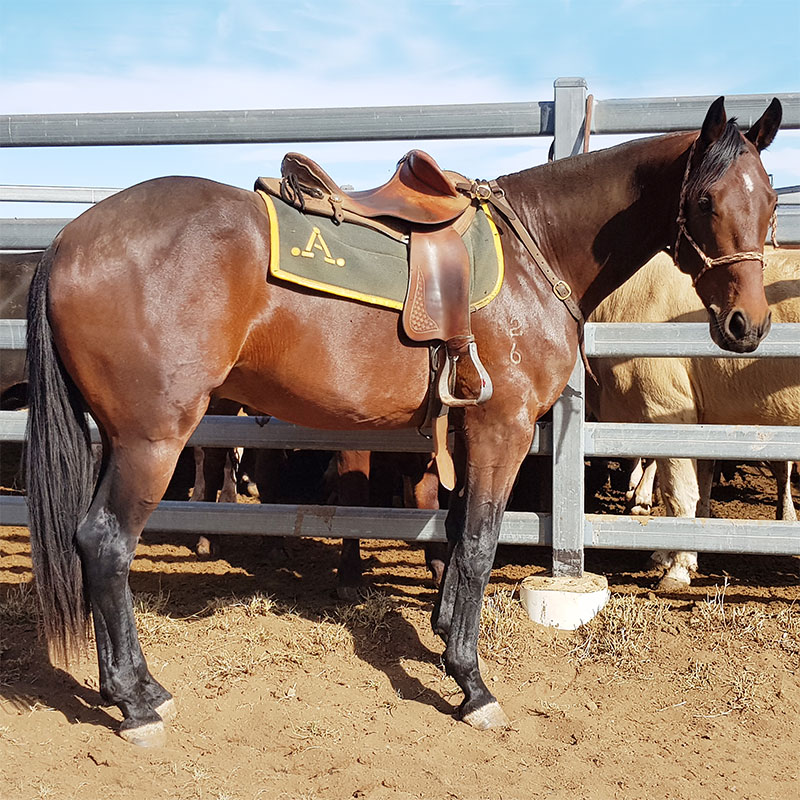 Guitarman, on the job!

“I like the horse a lot, he’s a lovely travelling, big moving horse, with a lot of ability. He’s a real gentleman. He was on track for the ASH Nationals, it’s a shame Covid has thrown a spanner in the works for this horse’s competition plans.”
~ Wyatt Young

Wildcow Guitarman is a no fuss Conman son from a Romeo/Cool Gun mare.

He is a good looking bay stallion showing all the traits of the Conman progeny. He is quiet, has a great temperament, is easy to ride and is taking to his education challenges with the utmost ease. Murray and Loretta believe he is a good horse structurally and he shows all the style of the traditional Australian Stock Horses.

His dam is Dandilla Lovely Lady who was a wonderful addition to the Smith’s stable when she was purchased as the top priced yearling from the Landmark Led Broodmare and Yearling Sale in Toowoomba 2004. Murray and Loretta didn’t have a lot of horses at the time but Loretta confesses to having had the horse bug. They were simply looking for a couple of horses when this filly, Lovely Lady, caught their eye. She was a 16 month old yearling showing great type, breeding and a lovely kind eye, and when in the ring it was a case of, “we’ll just have one more bid” and she was theirs. A great decision in hindsight.

She was taken home and broken in by Will Kehl before being returned to Loretta. Loretta loves riding young horses as she believes that any mistakes that are made are yours. So together her and Lovely Lady went mustering.  Loretta then took Lady campdrafting to the local drafts, getting into finals but never being at the blue ribbon. Murray reminds Loretta he won a cutout on her at Theodore and several place ribbons, then when Loretta was pregnant Lindy Kehl was offered the ride on her at Bauhinia Draft, winning the Maiden. Loretta had a few minor ribbons in the ASH challenge events. Although very short and limited in opportunities, Lovely Lady showed all the style and ability which should have won her more accolades in a more competitive home.

While having her own family, Loretta decided to breed from Lovely Lady, joining her to Acres Destiny.  Opulent Acres was the resulting foal and Loretta enjoyed following him through the Challenge season with Scott Schoo and a few campdraft placings under Steve Comiskey before selling him on when Guitarman became her main focus.

Guitarman’s temperament and looks always impressed Murray and Loretta and after being broken in with Will Durkin, he came home doing everything right. After a spell he headed to Peter Hill for 6 weeks of mustering, during which time he impressed Peter.  After more general stock work, Loretta got excited about the opportunity of showing Guitarman and she felt the Stock Horse program would suit him, plus she wanted an excuse to go the ASH Nationals.

The search began for a Stock Horse trainer, and seeing the good work Wyatt Young was doing, Guitarman entered his stable with the 2020 Stock Horse Futurity as his main focus. After 8 weeks, he returned home for a spell in October with Wyatt full of praise for the young sire. Returning the following March, everything was in place for the 2020 Futurity. But then when Covid struck, it was the end of the campaign.

Guitarman will now be set for the 2021 Challenges and Futurity Drafts.

Sadly, Dandilla Lovely Lady passed away from Colic in January 2020. Murray and Loretta realise how lucky they are to have such a standout sire to continue the genetics of their family favorite mare and to see a few of her grand-progeny hitting the ground this season.

Guitarman had been in training for the ASHS Nationals but unfortunately Covid 19 has put a stop to competition.  But he is ready to go when competition resumes and will now be set for the 2021 Challenges and Futurity Drafts. 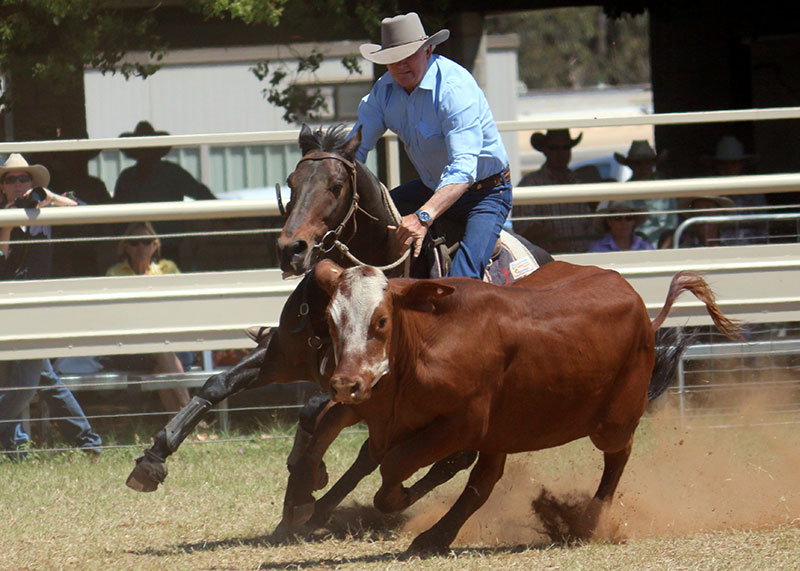 By Impact sire Warrenbri Romeo on the dam’s side.

Read more about this much mare in the “Story Tab” above. 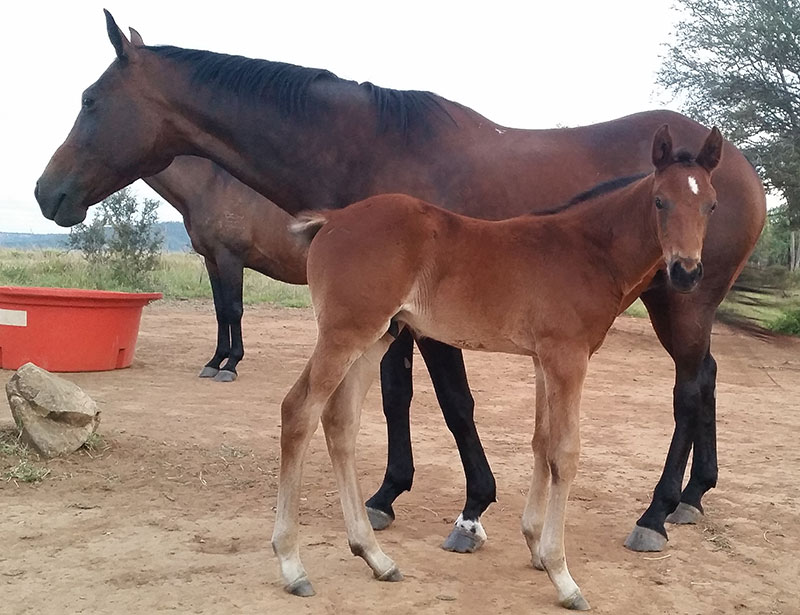 Warrenbri Romeo is regarded as one of the outstanding sires of his generation within the Australian Stock Horse world, having exerted an enormous influence on the breed.

The Romeo horses horses are known for their great turn of speed and the fact that they naturally rated their cattle well.

Romeo’s campdrafting career got off to a very promising start, but was cut short when he developed a career ending eye infection aged just 7.  Thankfully he bred on, as did the Romeo mares.

The most memorable year for Romeo was 1990 when 7/15 finalists at the Warwick Gold Cup were sired by Warrenbri Romeo: 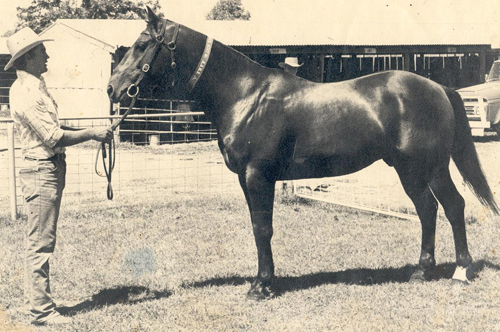 Trained and campaigned successfully by Scott Shoo for the Classic Challenges and futurity drafts. 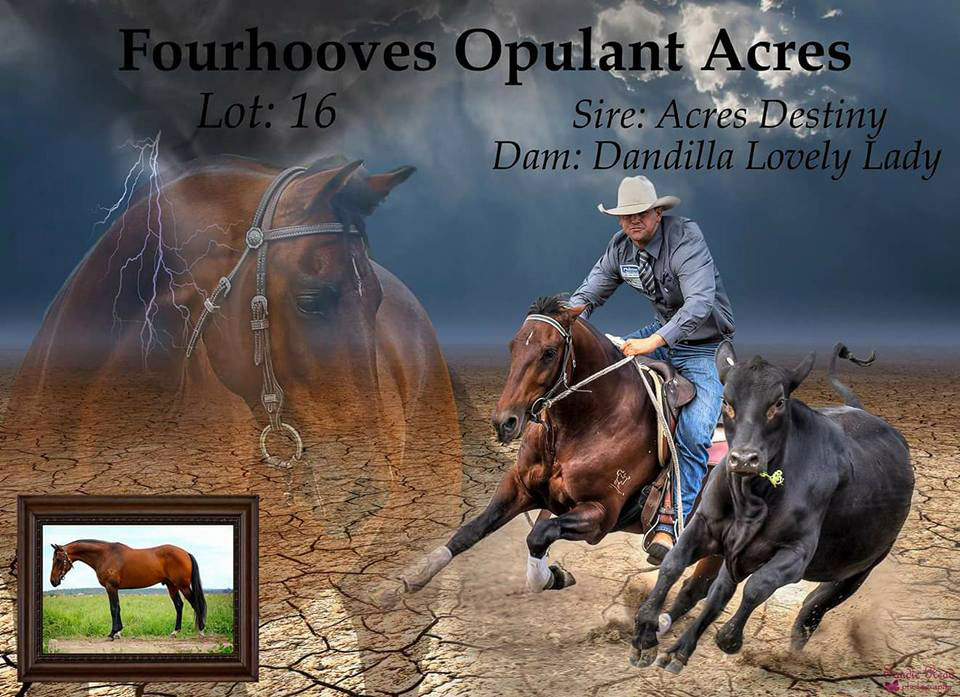