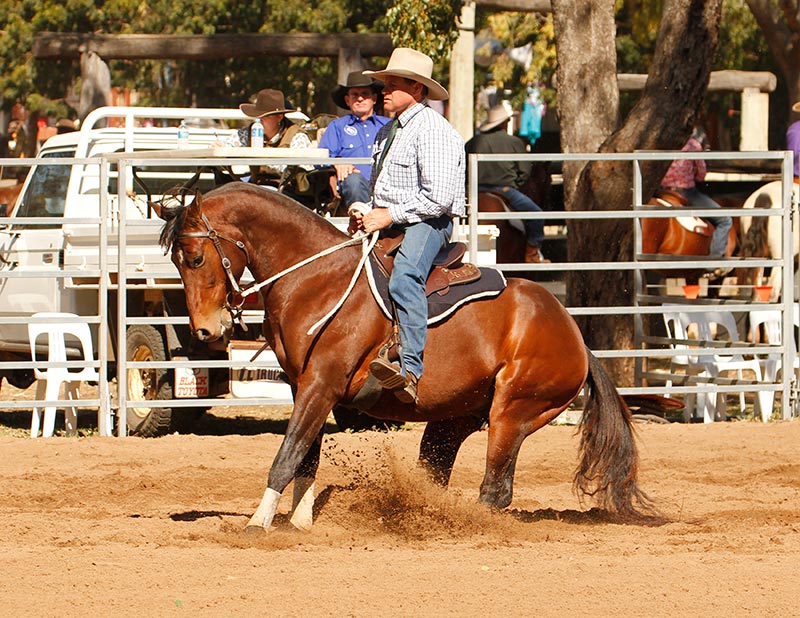 In 2008, Andrew Sheridan set about finding a colt to breed to his own mares, ultimately he wanted to breed cool-minded horses of a good size.

Andrew called the colt foal Sheros Traditional Acres, and he would go on to become just the horse that Andrew hoped he could be. He matured to be a beautiful type, standing at 15.3hh with nice stretch. Andrew liked him so much that he put Acres Destiny back over the broodmare, and has a full sister.

At that time, Andrew also owned the last living son of Abdul, called Davjul Abbelt. Andrew realised that crossing Sheros Traditional Acres, who carried Romeo bloodlines; over the Abbey bloodlines of Abdul would be a magic cross.

Sheros Traditional Acres, better known as T.A., was broken in as a 2yo. Andrew was really taken with him and decided to send him to Mat Holz to further his education. Mat would start competing on T.A. as a 3yo and go on to have a lot of success.

As a 3yo T.A. competed in the ASH National Futurity and stood out as being confident, calm and resilient under pressure. The following year he was the Runner-Up in the 4yo Maturity with Mat Holz.  He also won the National Stallion Campdraft as a 4yo, making him an open horse, within a year of his first outing. At that stage, with limited competition under his belt, he had won a Maiden at Sale – just 2 months before breaking his Open Status.

In 2016, T.A. was the Runner-Up in the Landmark Open draft with Mat Holz. An interesting highlight that shows his versatility and talent, was the cut-out run-off with Whos Top Cat, when T.A. was just a leggy 5yo. He scored 24 points and it was impressive to see a Stock Horse type mixing it with a top cutting horse in a big cut out – and impressive as he was, at the time he was mostly known for his outside work.

Mat Holz says that T.A. is up there with some of the best horses he has competed on. He was easy to train and stood out because of his calm mind and ability to get the job done without ever getting flustered. “It’s a big attribute, that ability to be consistently calm under pressure”.

Mat owns two T.A. progeny, that have been broken in and are showing all the attributes of their sire.

In 2017, Ben Hall took T.A. to Chinchilla and ran equal 6th in both the Open draft and Restricted Open. They also travelled to the Landmark Classic in 2018, where they finished 4th in the Stallion Shoot-out and 2nd in the cut-out with 24-points. At that point, from 9 runs together, Ben and T.A. had average 89-points. The same year, T.A.’s oldest foal Traditionalist made the final of the Challenge with Mat Holz, finishing 7th; as well as 2nd in the Gelding Incentive.

T.A. stood at stud for 2 seasons after his early success, but during the drought Andrew closed him up to just bred to his own mares. He has quite a few progeny on the ground now, including Traditionalist. After him, the rising 5yo’s in 2021 were just hitting the competition circuit. From 2021, T.A. will be opened back up to outside mares. He has proven that he is passing on his biggest assets – his cool mind and size.

Indeed, everyone who knows T.A. can’t speak highly enough about his temperament. As Andrew explains, he is casual but will switch on when needed. “He is what I call a real competition horse. He never lets you down. He is easy to ride and is passing that on to his progeny”. This is a huge advantage and means that the progeny are trainable and able to get out and compete comparatively early. They are what Andrew calls, “The perfect horses for the weekend competitor”, in that they don’t require big amounts of work leading up to an event. There is just no rubbish in either the sire or his progeny. 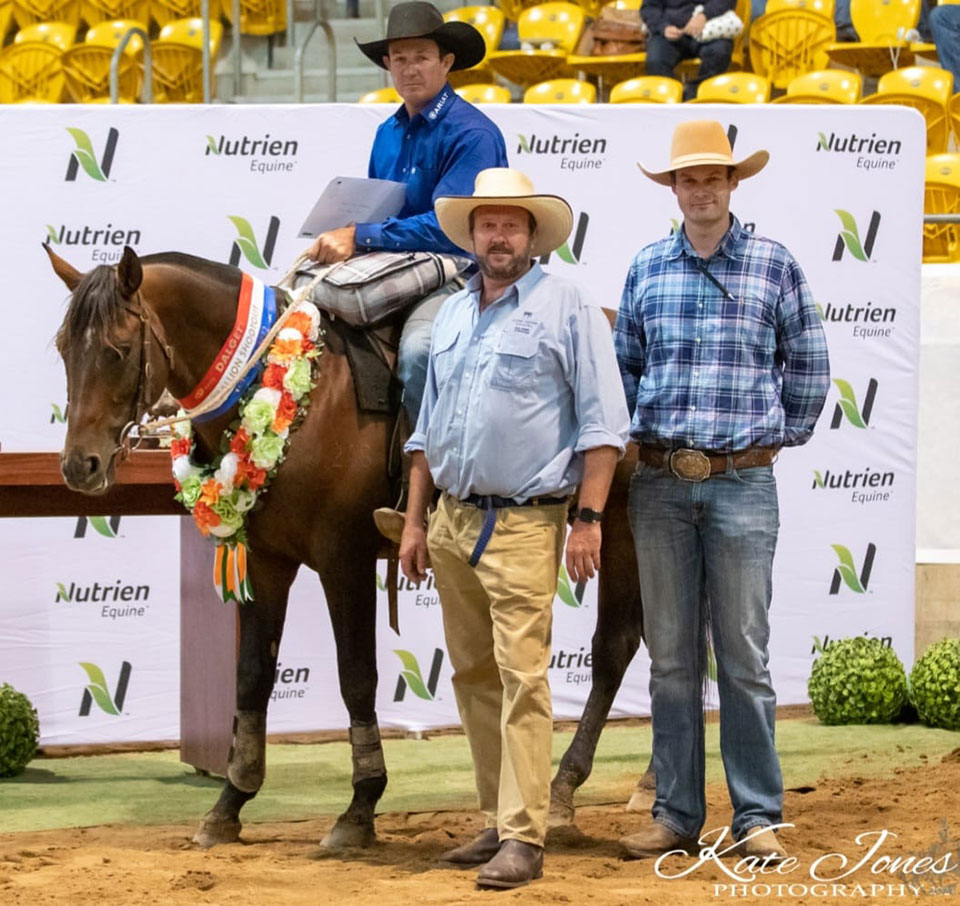 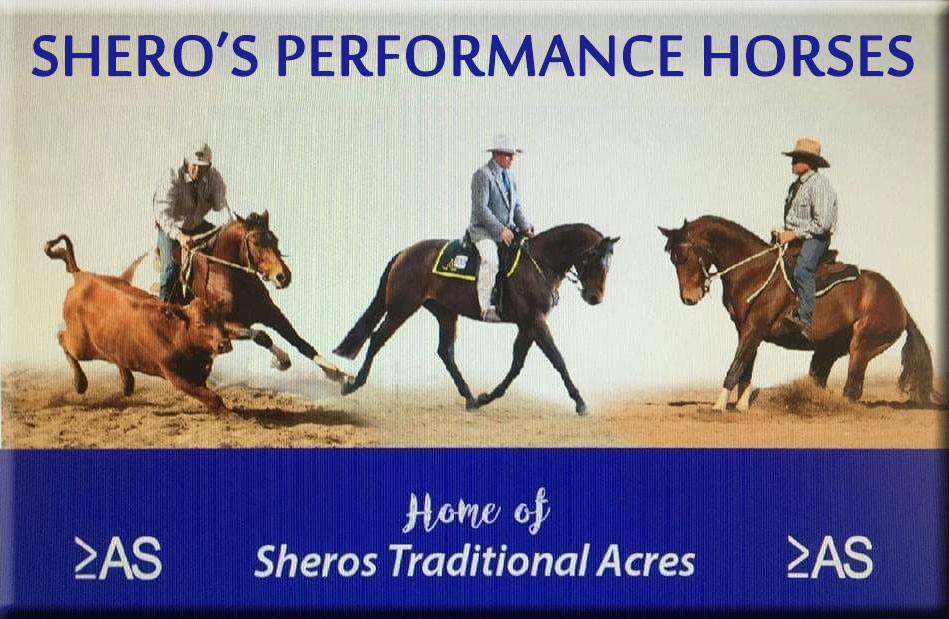 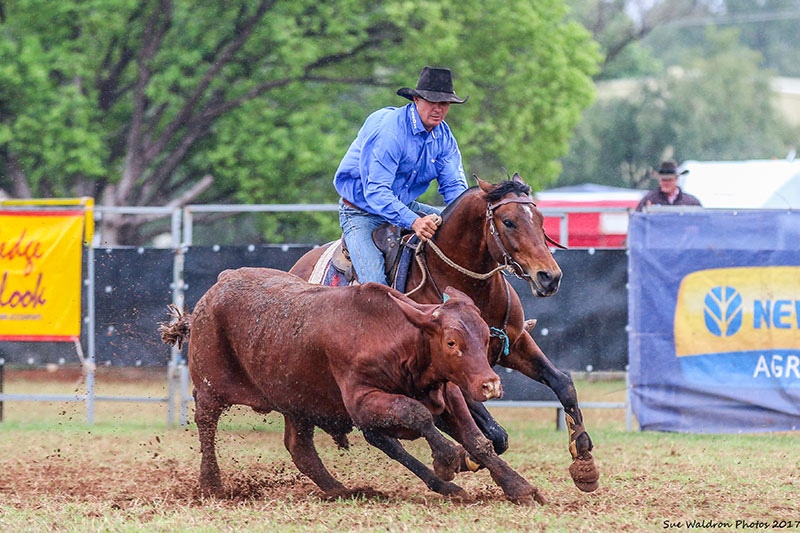 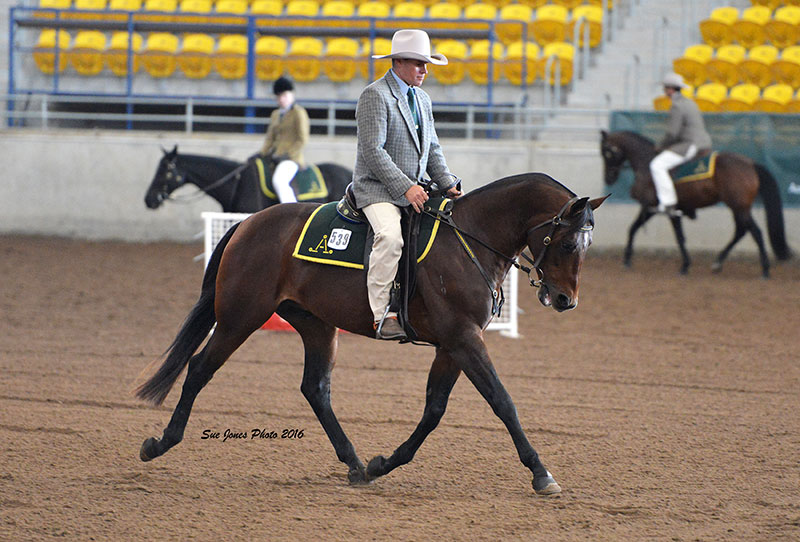 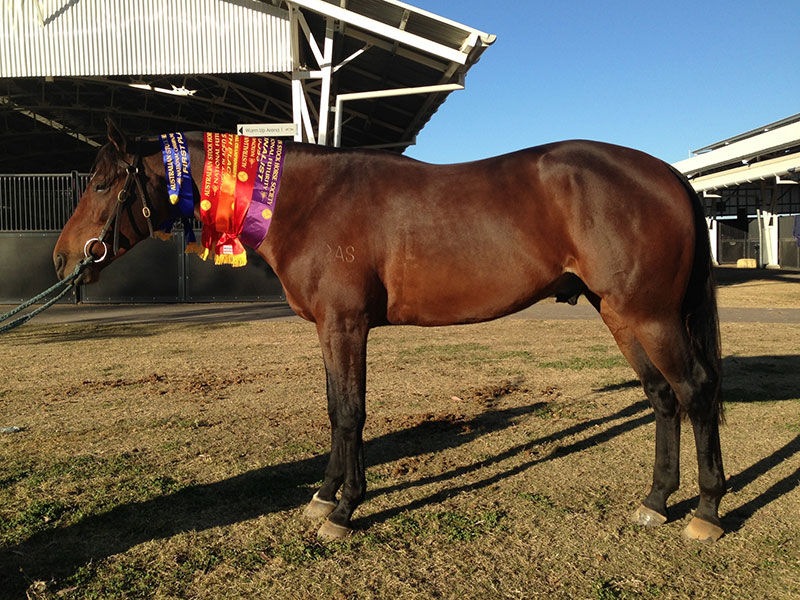 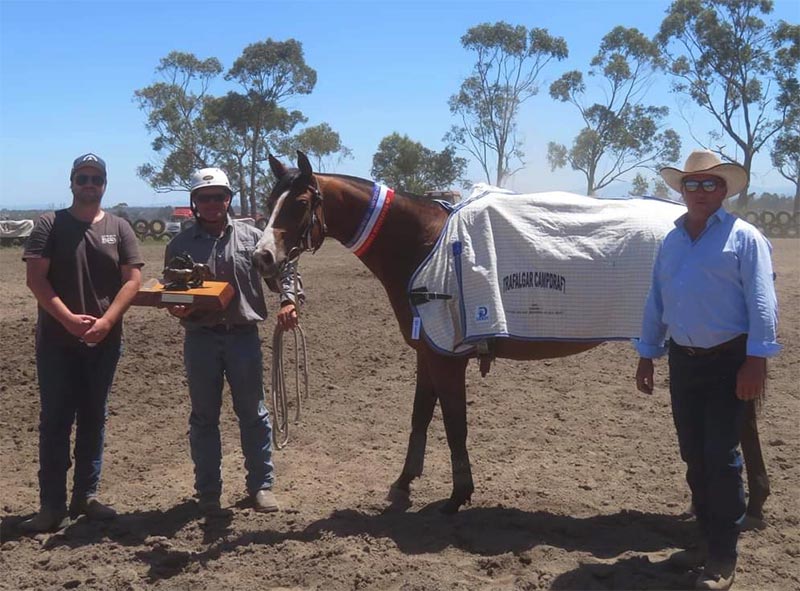 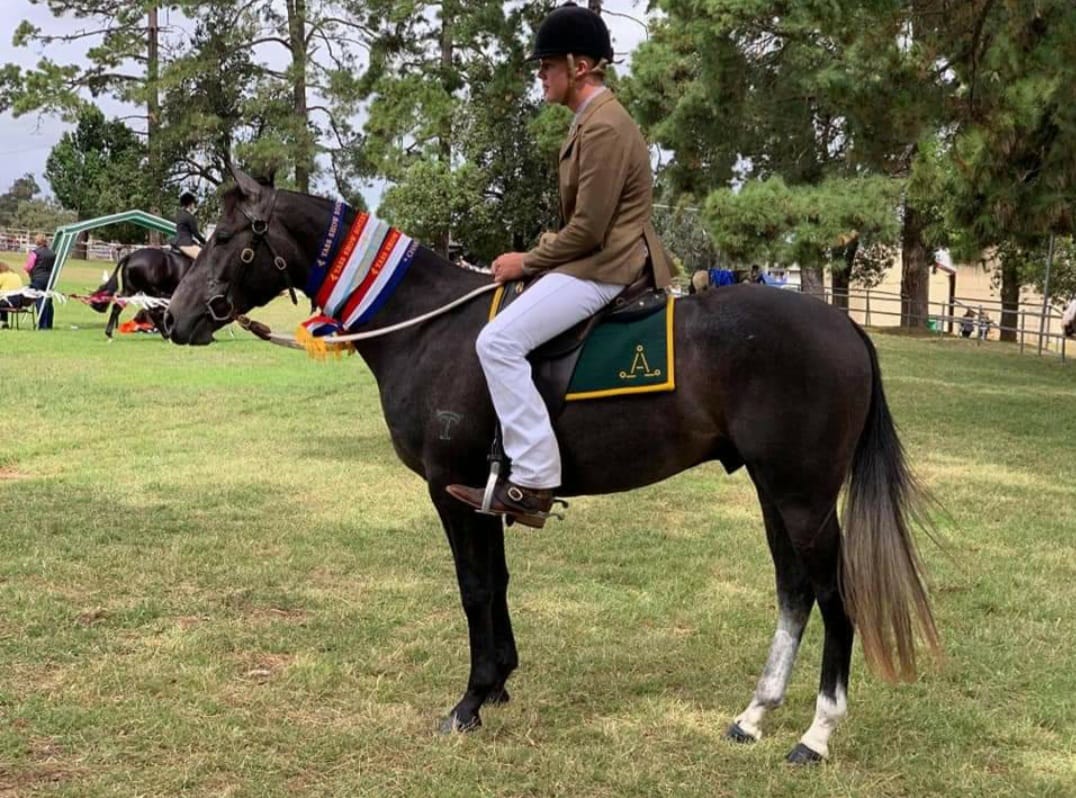 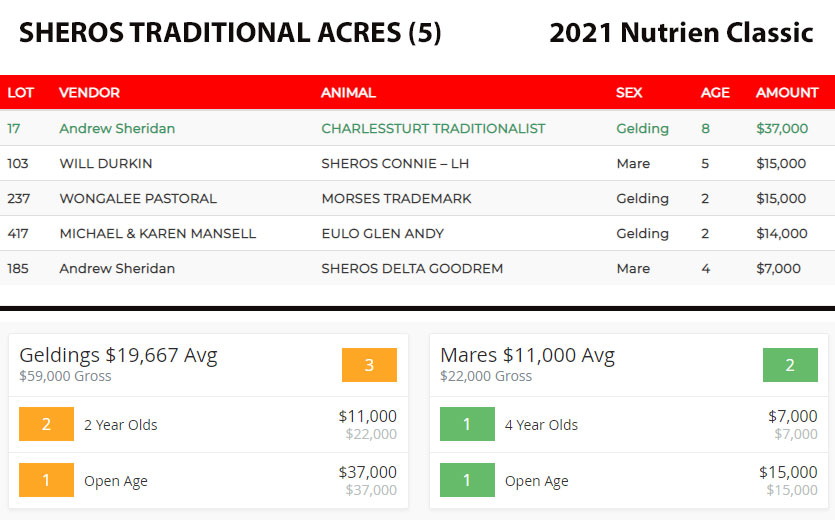 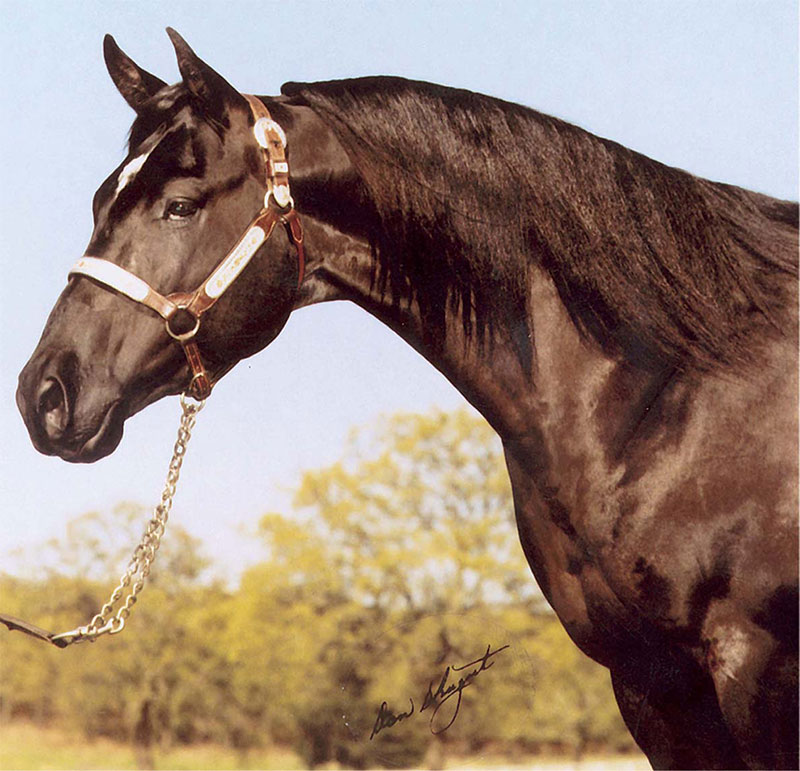 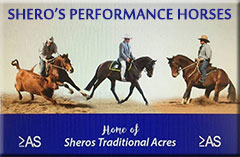