Peppy Boontown (IMP)
Shall we dance? 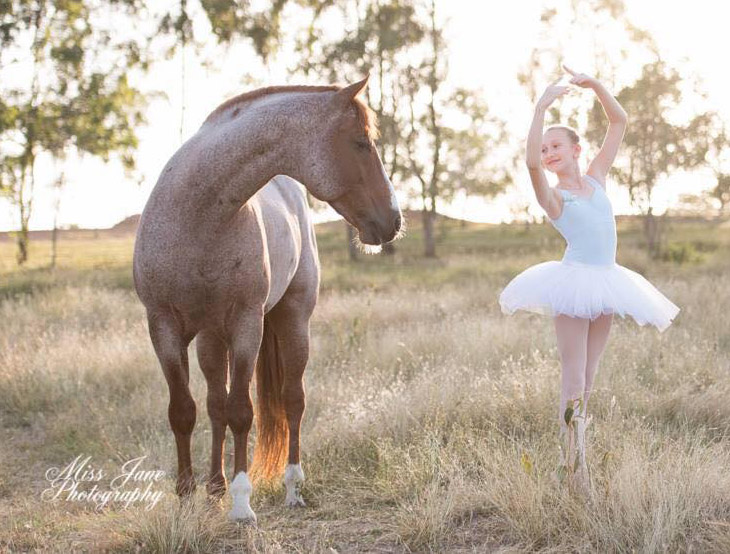 Peppy Boontown is an amazing horse who has achieved so much throughout his competition career, however serious injury has prevented him from becoming the superstar he could well have been. Now after a change in ownership and return to his original roots of Working Cowhorse and Reining he has returned to his former glory and is performing with his championship qualities.

Peppy Boontown is a Peptoboonsmal colt who has an interesting story of how he arrived in Australia and how he progressed through his competition career. Dan Baker, the saddler from Rockhampton, wanted to import a Peptoboonsmal colt from the States, so with the backing of a syndicate of friends and family he set off. He had organised with a friend to inspect a quantity of suitable young Peptoboonsmal colts, however none fitted his criteria and he was resigned to returning to Australia empty handed.

They stopped in at one final Reining Cowhorse show before Dan’s return flight and it was there that Dan saw an outstanding red roan Peptoboonsmal colt. He was the horse he wanted, but he was owned by a Mexican rock star and wasn’t on the market.

Returning to Australia and leaving instructions with his agent to try to negotiate a deal with the rock star Dan was pretty sure it wasn’t going to be achievable. However things often work out for the best and the deal was done and Peppy Boontown was on his way to Australia. His arrival coincided with the EI and the NCHA Futurity had been moved back to September and the extra couple of months made it possible to have a northern hemisphere horse ready in time for a tilt at the Derby. He was sent to Jason Leitch and preparations were on track when Boonie was injured in a stable accident prior to the Futurity. The plan of competing in his Derby events was shattered and it was into the paddock for rest and recovery.

The following year he was transferred to Corey Holden where he remained throughout his Classic and Challenge years. He and Corey formed a great partnership and they consistently appeared in the Classic Challenge Finals. Dan then took Peppy Boontown back to Rockhampton where he intended having some fun with him in the Non Pro events, but life got busy and Dan was unable to spend the time competing that he would have liked. Not wanting to waste such a special athlete Abe Graham started to show Peppy Boontown when he was only a teenager and again his class was evident with his young rider. Abe then moved away to pursue his career and again Boonie was spending too much time in the paddock and not enough time competing.

His breeding potential was already being recognised by the ability of the foals he had on the ground including Cloncurry Stockman’s Challenge winner 2013. Dan was aware that he had to continue to be competing in the big arenas.

Dan was then speaking with Phil Dawson and together they agreed to send him south for Phil’s wife Bernie to Campdraft. Instant success for this pair saw them win a very big Maiden at Guyra before tragedy struck again. At the next draft Boonie was injured in a trailer accident and his career was over for another season.

The decision was then made for Phil to prepare him for the Landmark sale where he changed ownership and joined Emma Jefferson’s stable.

A happier purchaser would be very hard to find after Emma started to campaign Peppy Boontown. She returned to the Working Cowhorse and Reining arenas and again this stallion met with instant success and it has been this success combined with his beautiful nature that has prompted Emma to again promote him as a sire.

NCHA money earner in both the USA and Australia.
Multiple finalist and place getter in NCHA Open and Non Pro Classic Challenges and weekend cuttings.

[An injury in 2017 saw him withdraw from competition until Landmark 2019.] 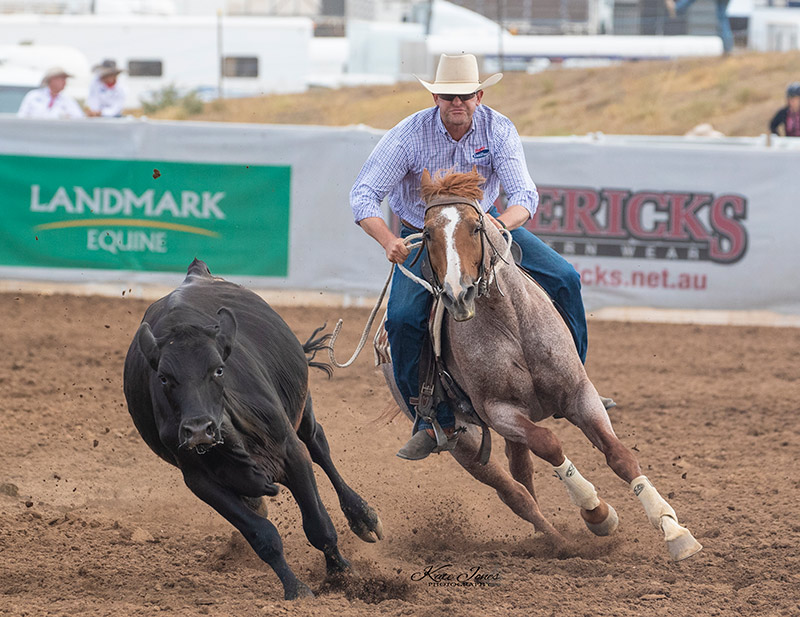 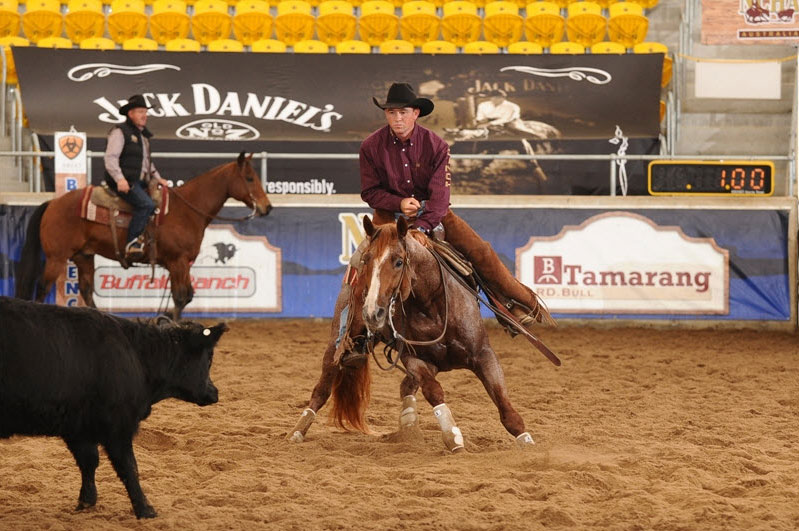 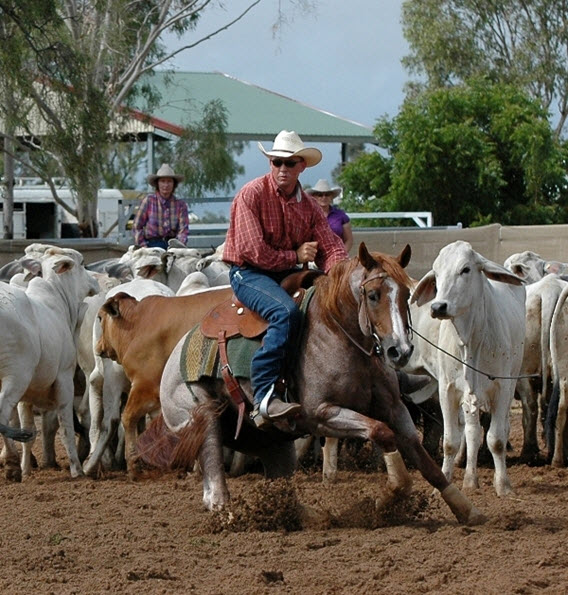 Shown in the USA 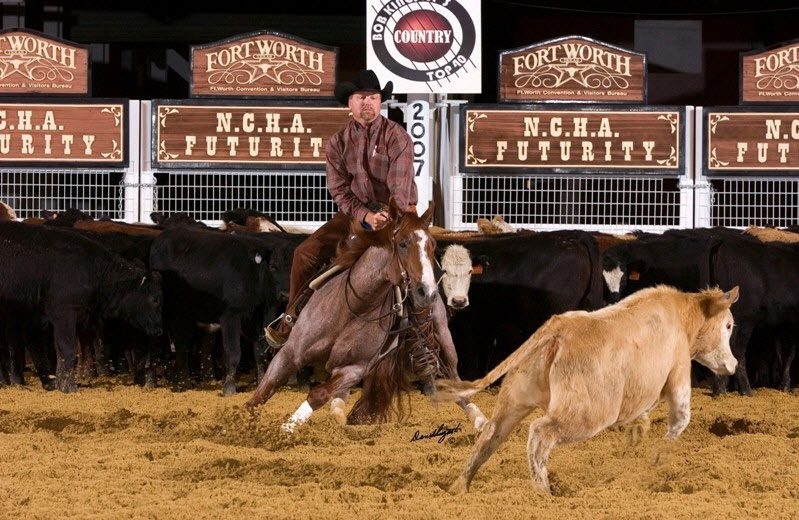 Peppy Boontown has produced Winners and placegetters in a multitude of disciplines: 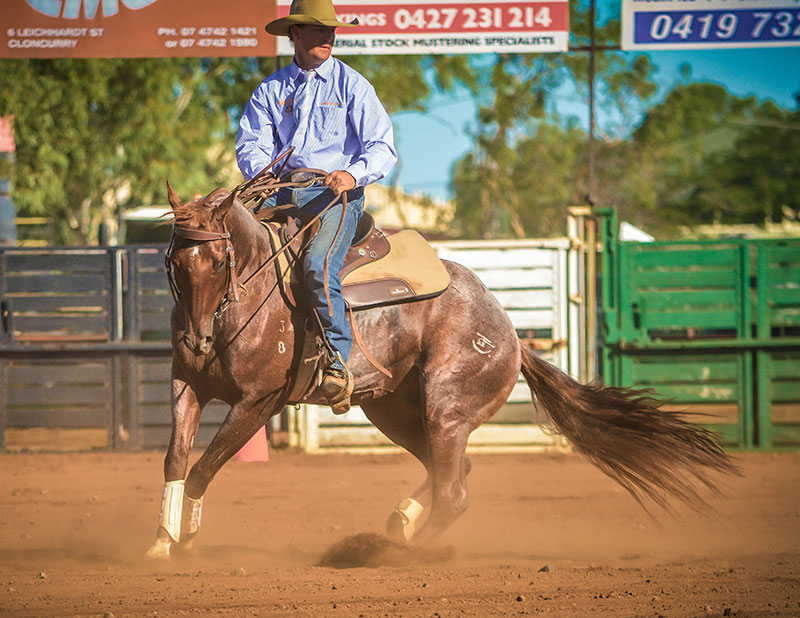 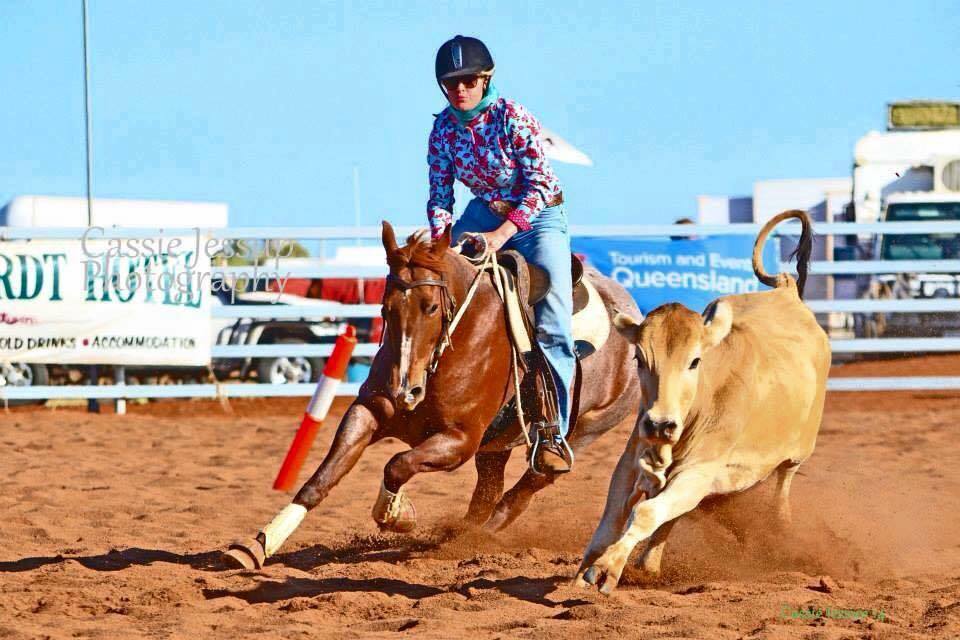 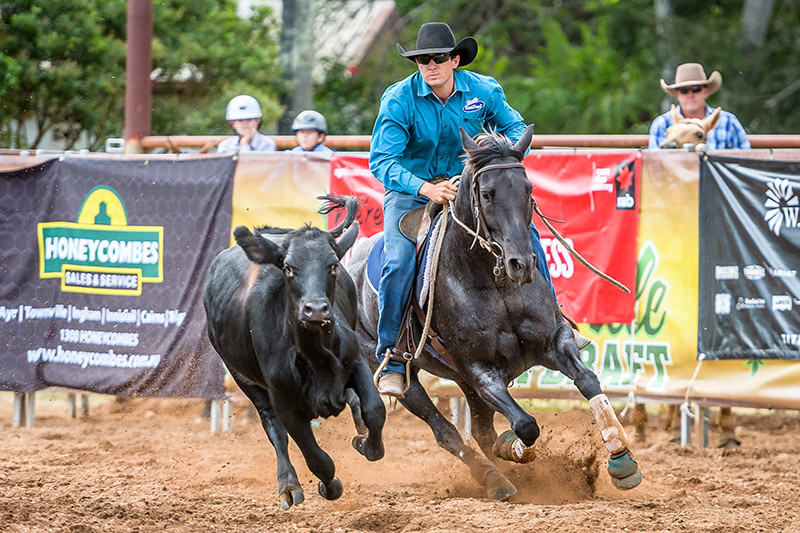 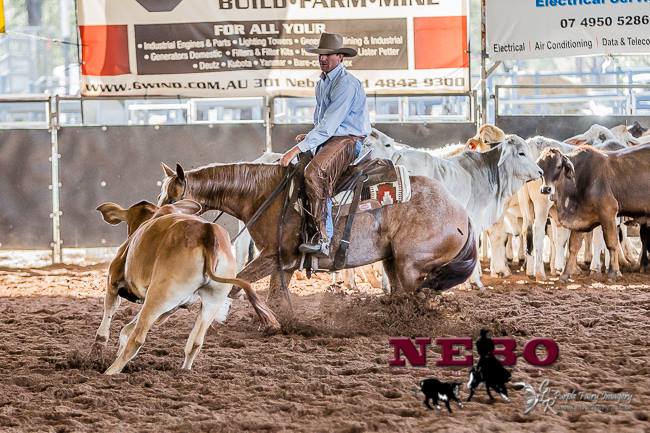 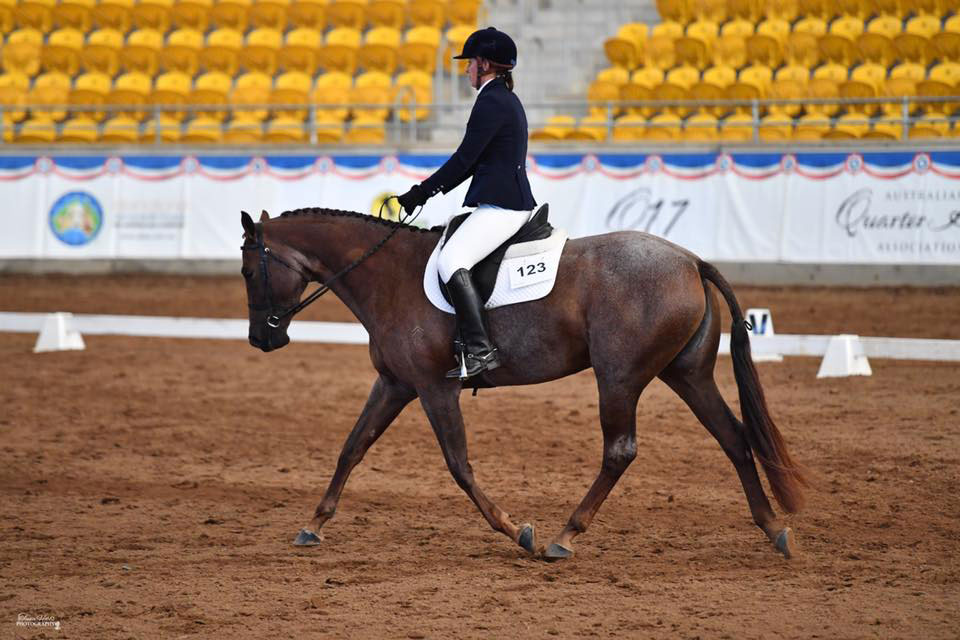 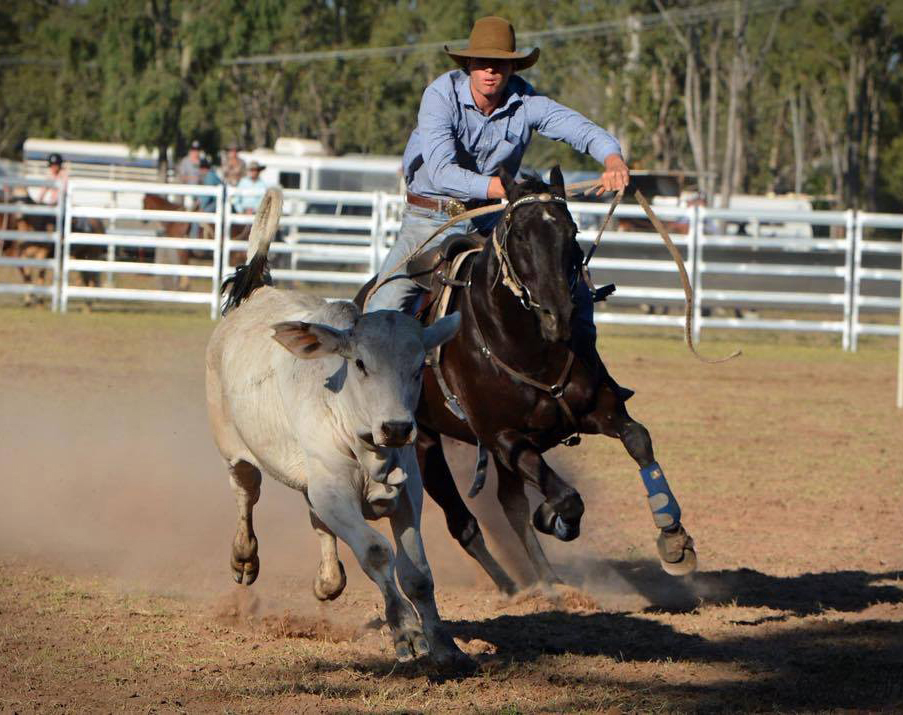 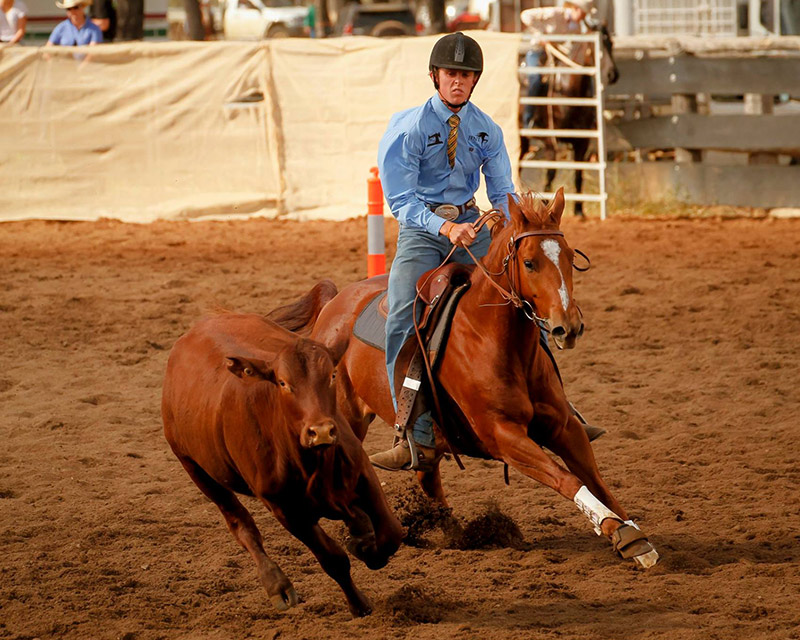 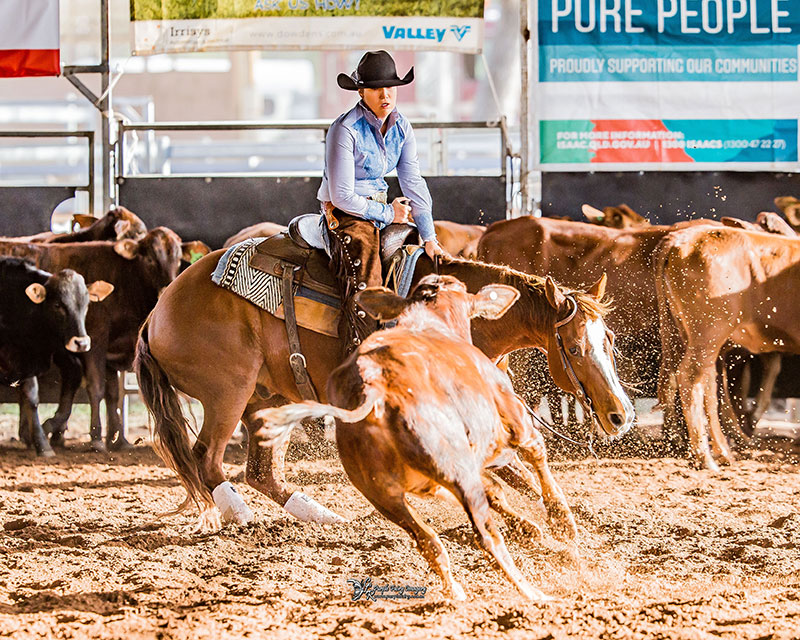 Winner of multiple Ladies drafts and has placed in many Opens, Novices, Junior and Juveniles.  Scores of up to 90.  Included: 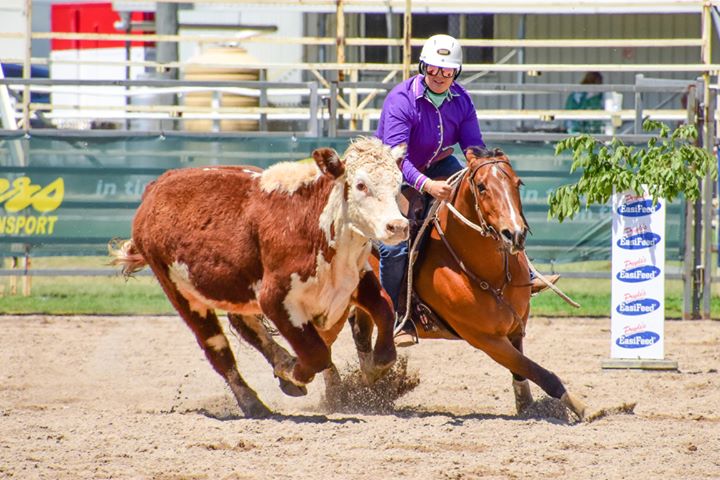 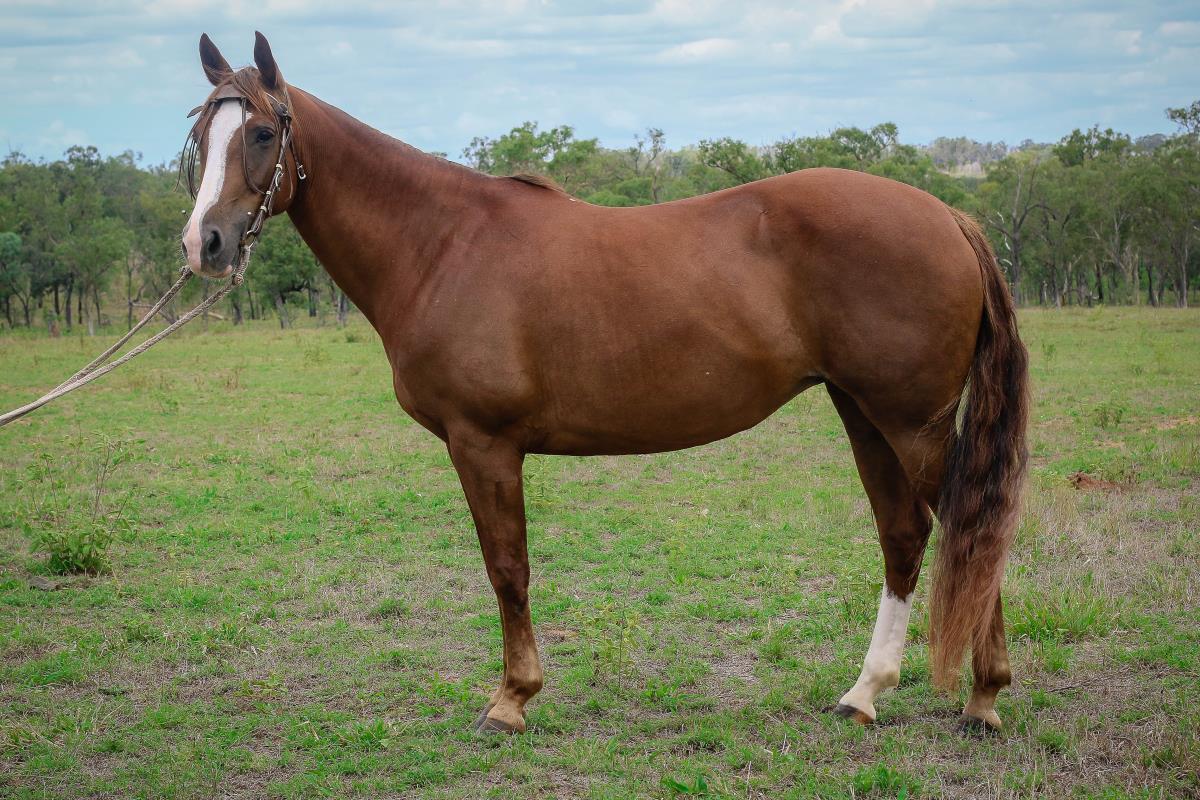 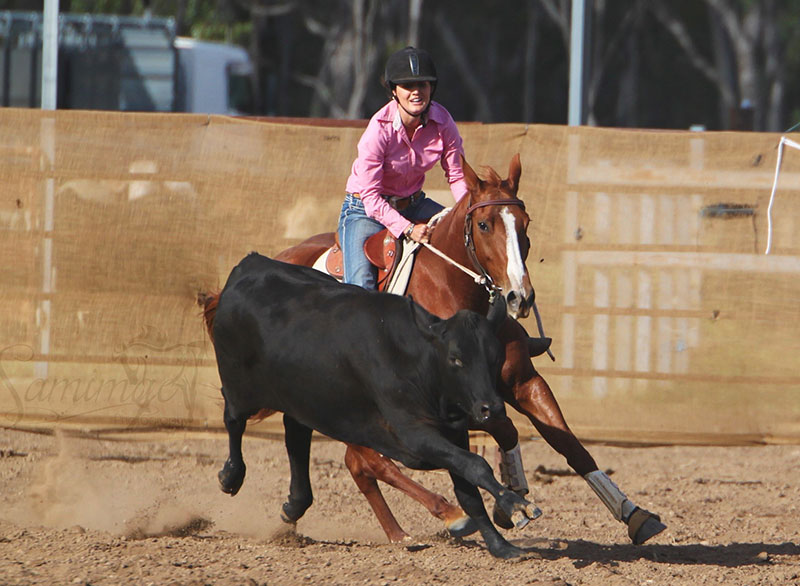 Proud To Be A Player 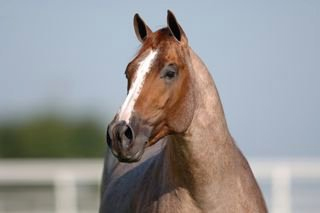 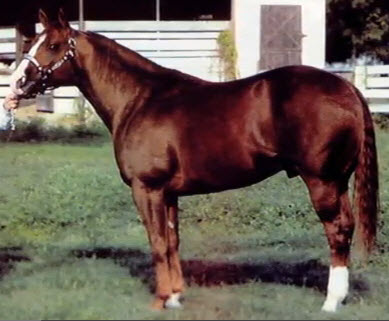 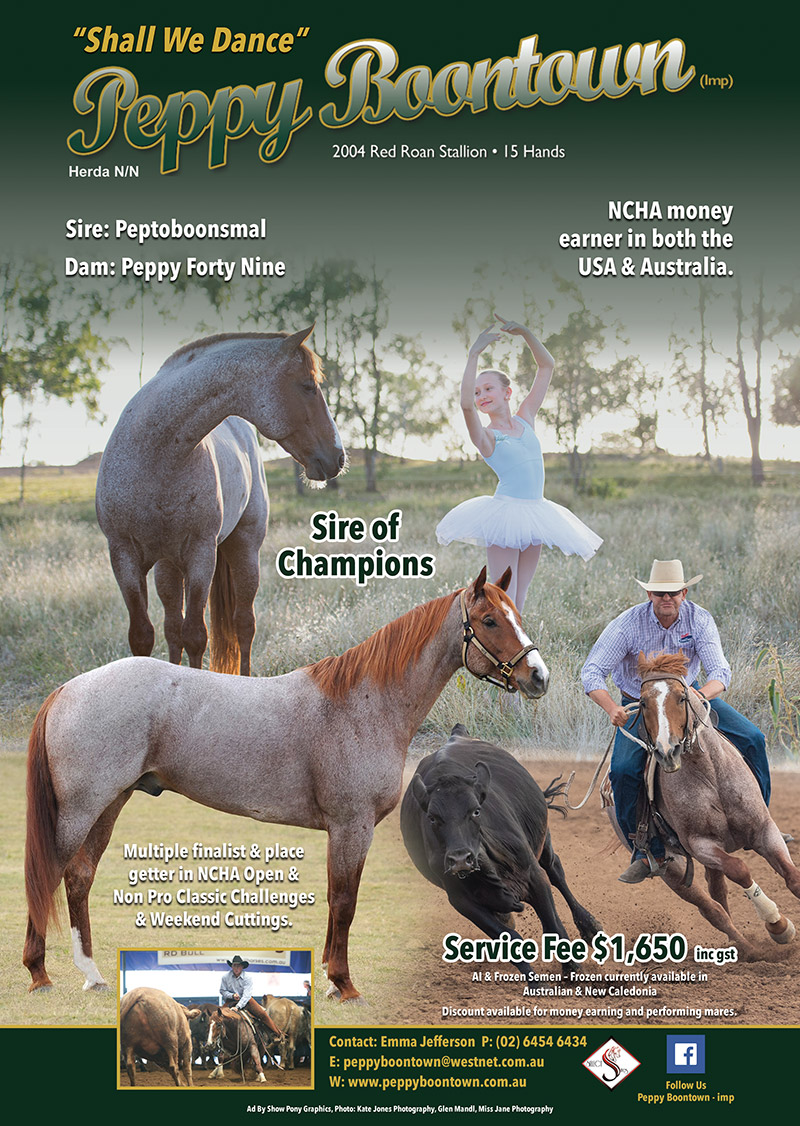