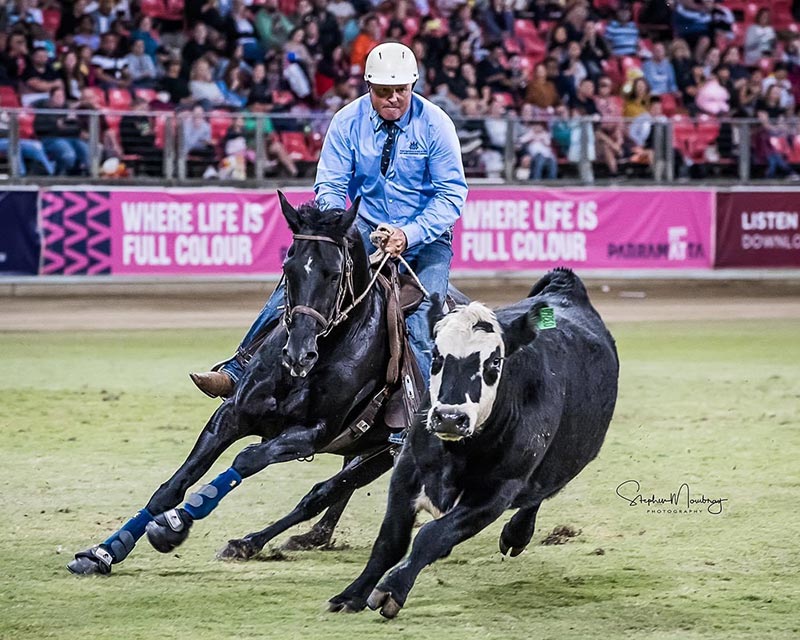 Kydras Acres Mercury is a quality black stallion with an impeccable nature. Andrew and Trudy Chapman present him as a sire with total confidence because of how his progeny are developing.

They are bringing big prices at Nutrien and they are returning to the Classic and performing.

Andrew Chapman is an unassuming young man who goes about his business quietly.

Andrew and his wife Trudy live at and operate the Wombramurra Black Simmentals cattle stud where quality is their daily standard. With a successful annual on farm bull sale being the focus of their year, they understand the importance of genetics and breeding what people want.

This is the same philosophy that Andrew carries through into his horses and after seeing his statistics from the Landmark Horse Sale it is evident that Kydras Acres Mercury is being recognised by the public as just that: A quality horse with superior genetics and progeny that are beautifully presented with the right preparation for the sale. To date five progeny have sold for a $16,000 average with all sale horses since placing in the campdraft arena.

The Kydras Acres Mercury story starts way back in Braidwood when Andrew and his good mate Angus Rose were young blokes knocking about the local campdraft scene. They liked a good time and they liked to have a good horse, but it was Gus’ father who owned the really good mare, Comara Smooch.

Several years later Andrew had moved to Wombramurra and Gus was in Coffs Harbour, where he had his stock horses. He rang Andrew because his change in occupation wasn’t giving his young horse any opportunity at all. Gus had just broken in a young 2.y.o colt out of Venus, who in turn was out of Comara Smooch. He was by Acres Destiny. Andrew was interested because he had just won the 2009 Maiden Horse of the Year with his Acres Destiny gelding Digby, with a Maiden win, a Novice win, 6 Open wins and five 2nds, so an Acres colt to campaign alongside Digby was appealing.

Andrew and Trudy went for a look and found a young freshly broken black colt in “coastal condition”, but Andrew saw things he liked and immediately took the horse. His reasoning was sound. He knew what a superb mare his mother Kydras Venus was and that she was out of Comara Smooch. So in Andrew’s mind a black Acres Destiny colt out of a really strong mare line was well worth a try. He also knew of Tess, owned and campaigned by Wally Rea, who was the colt’s full sister.

Kydras Acres Mercury (Merc) returned to Wombramurra to start work. Andrew believes in slow, steady, quality work and Merc reappeared as a 5yo scoring several places and finishing with a place in the Maiden Series.

He is now a seasoned Open Horse with phenomenal runs on the board. 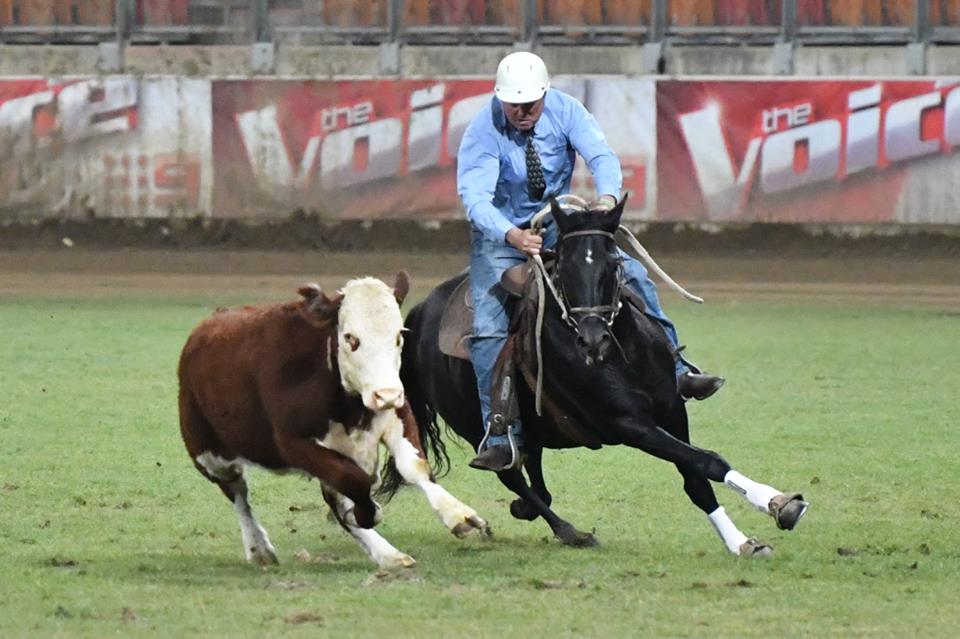 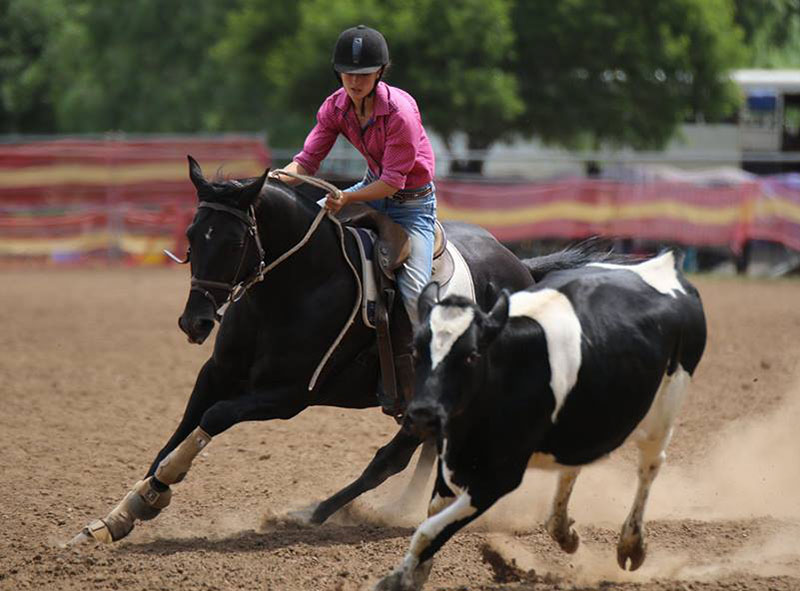 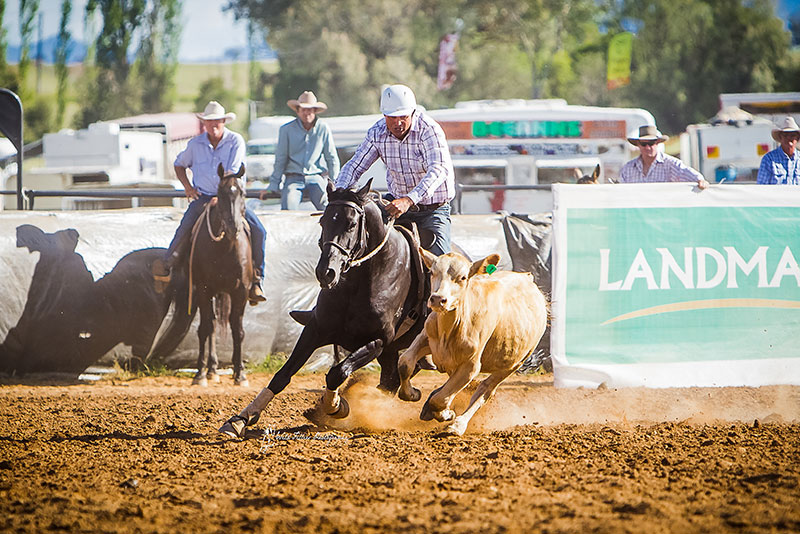 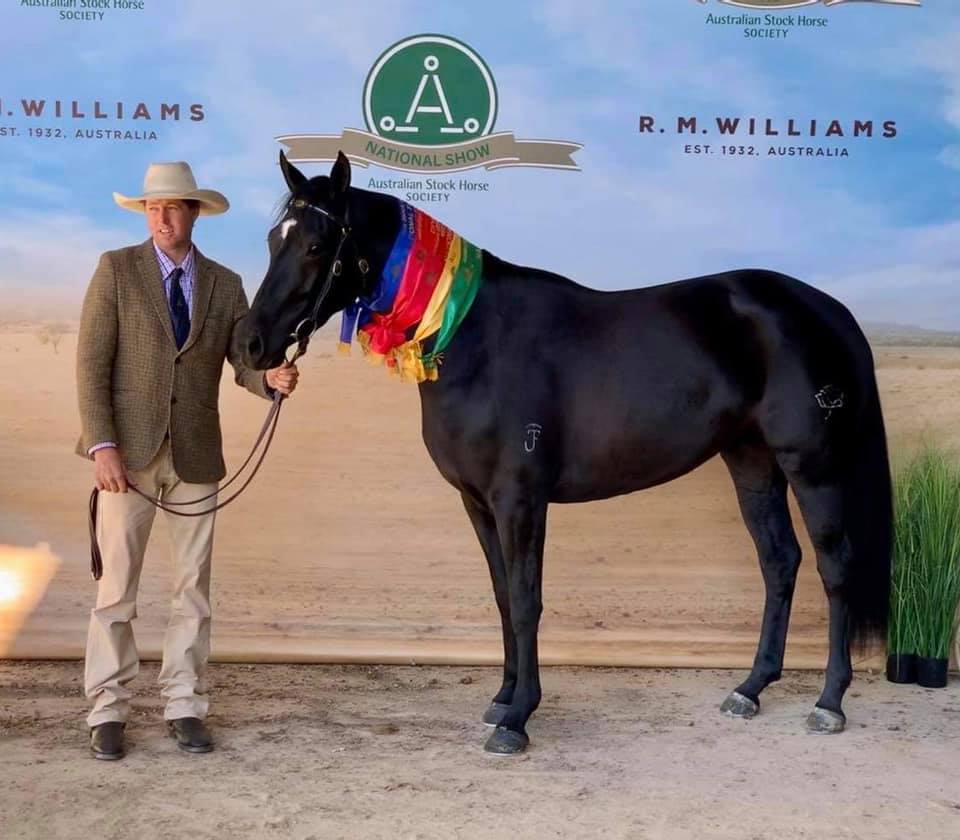 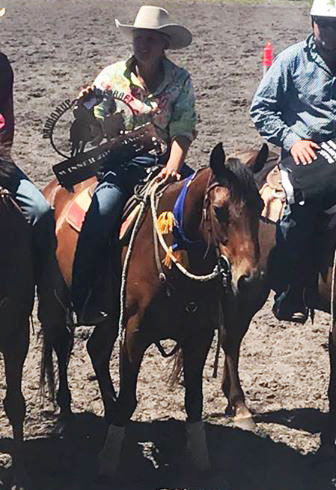 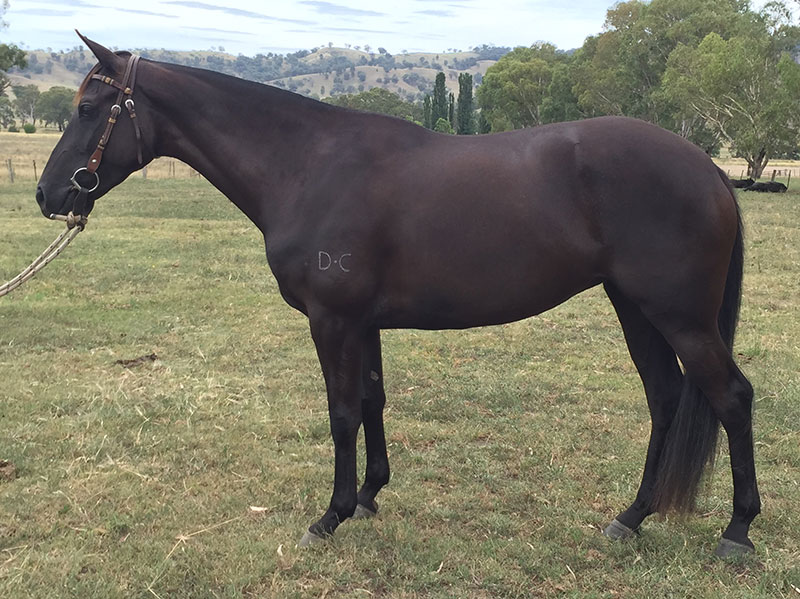 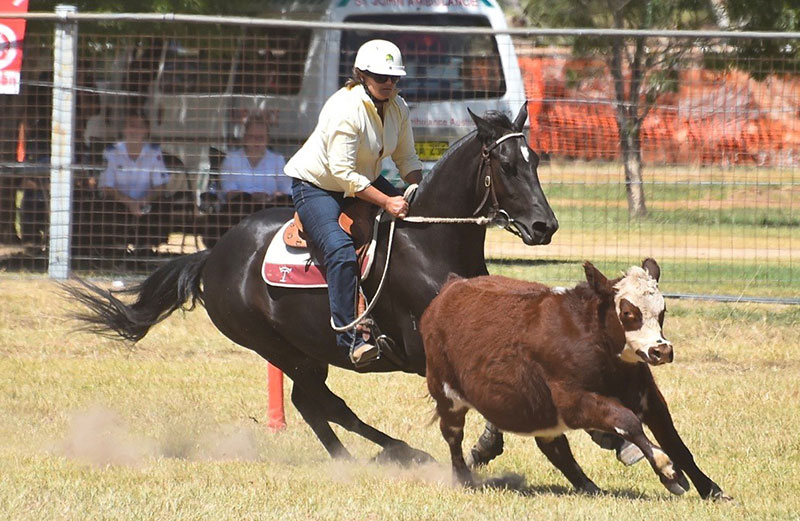 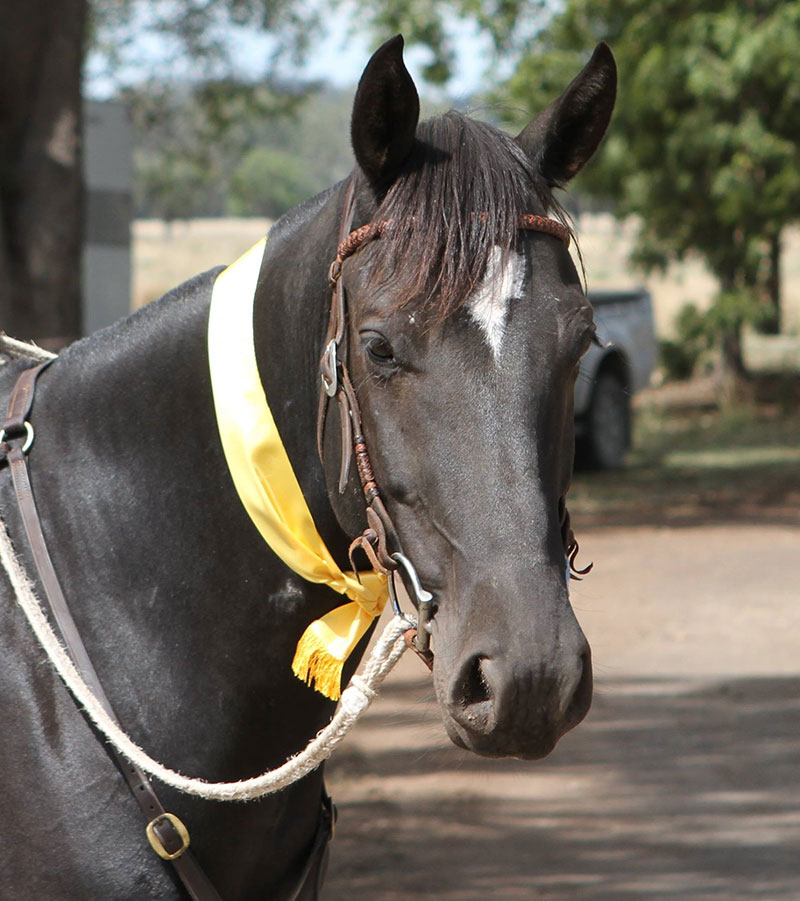 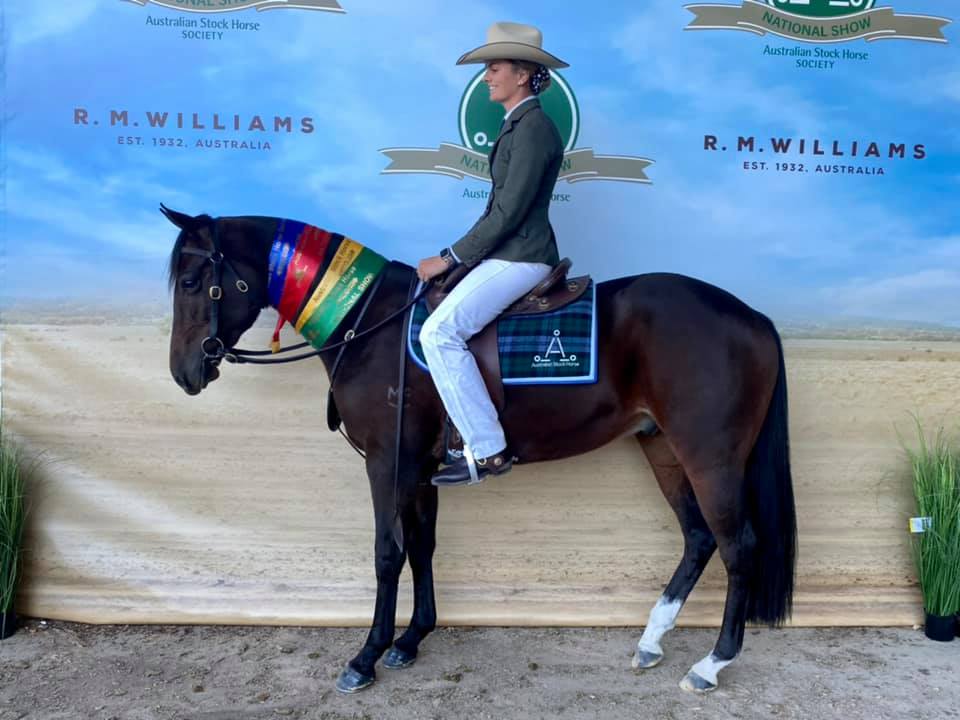 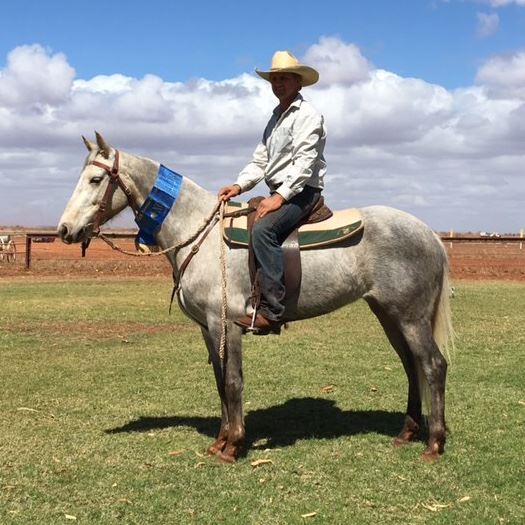 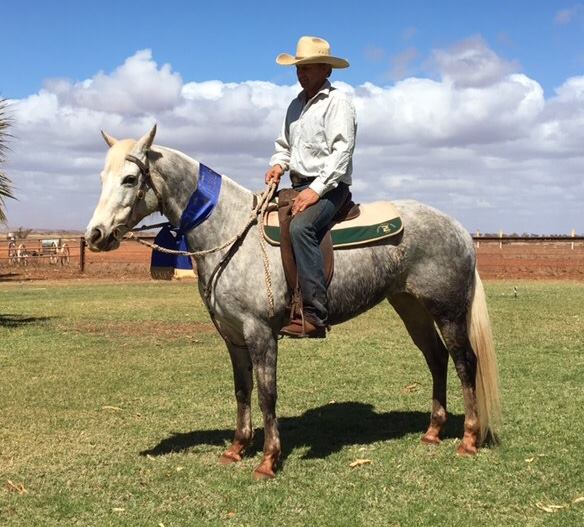 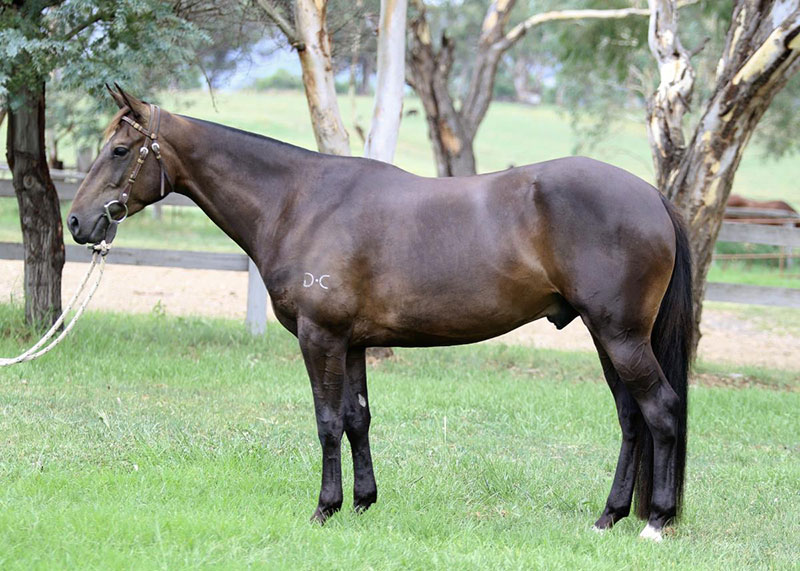 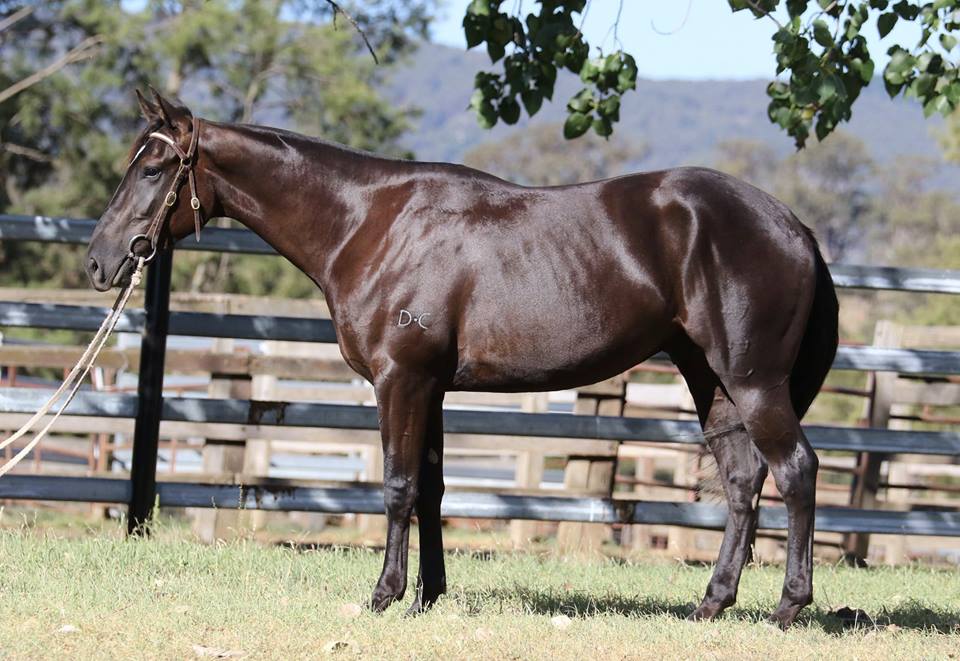 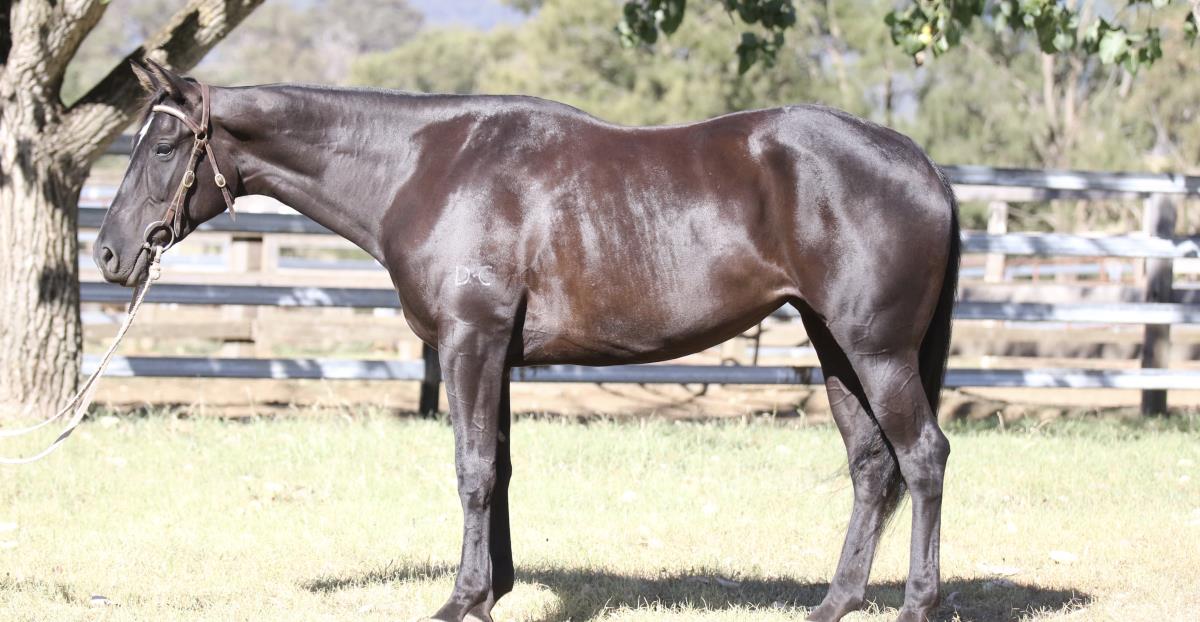 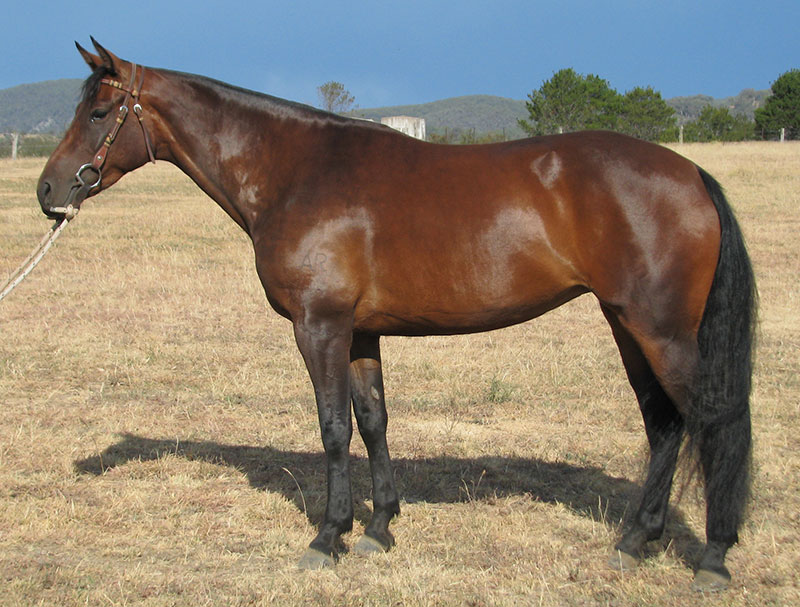 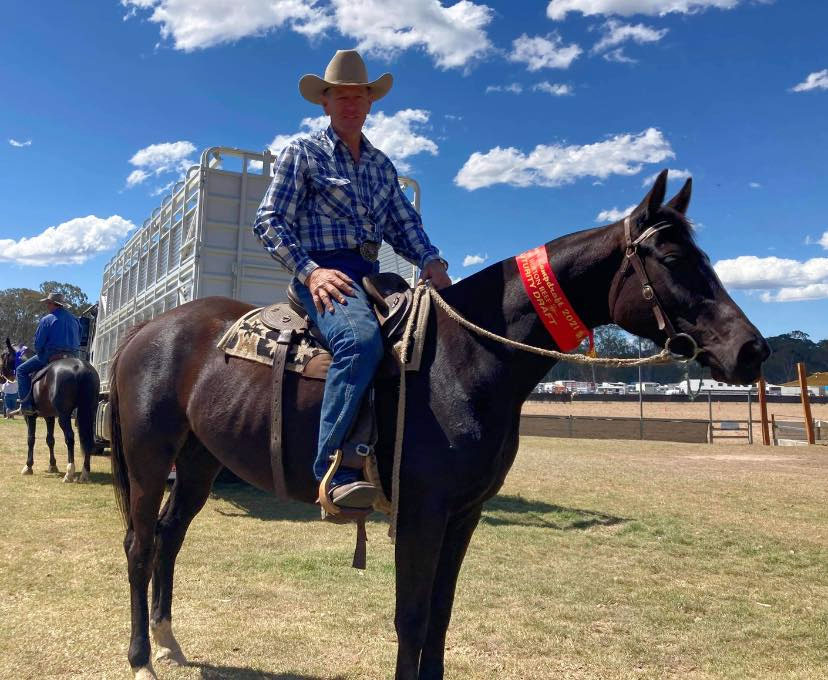 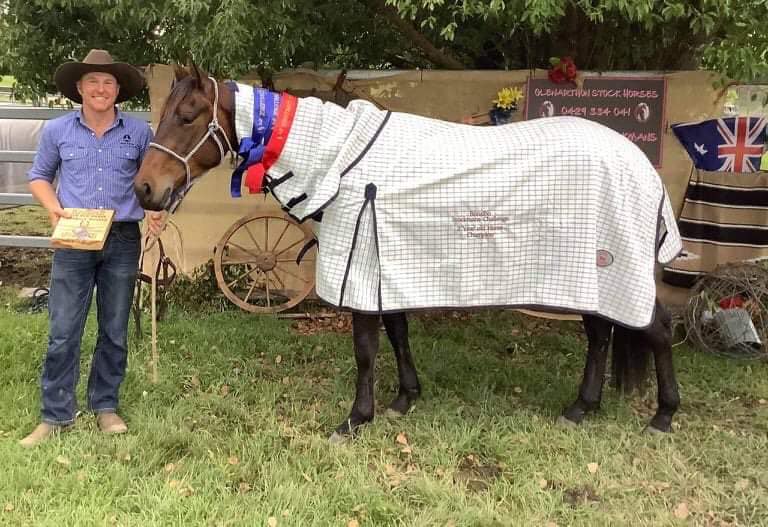 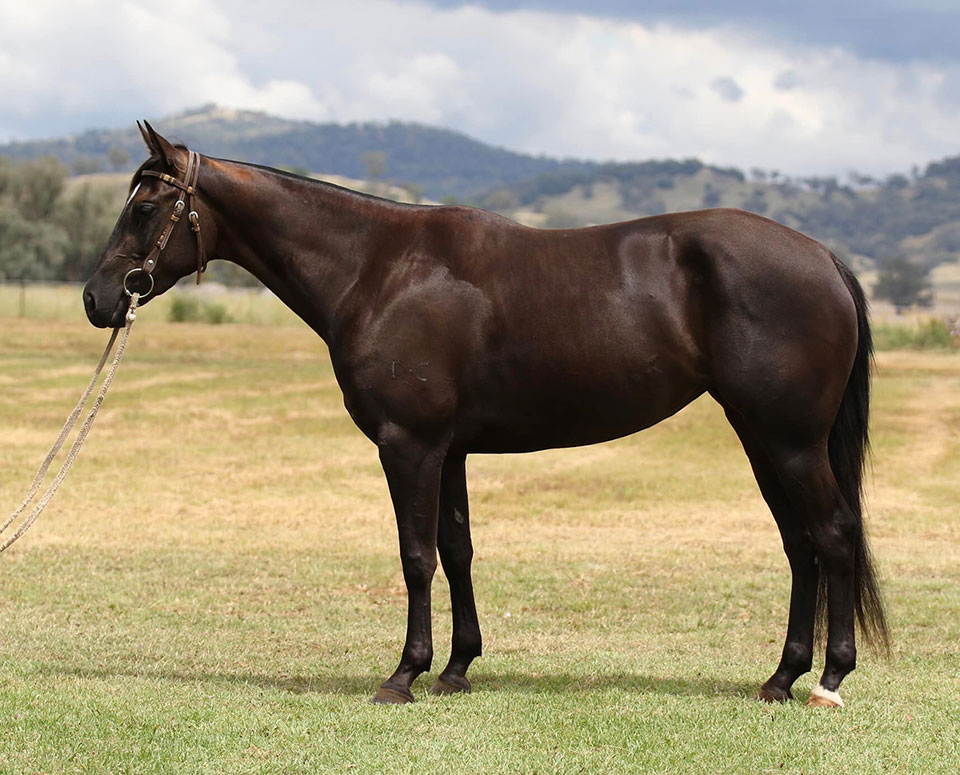 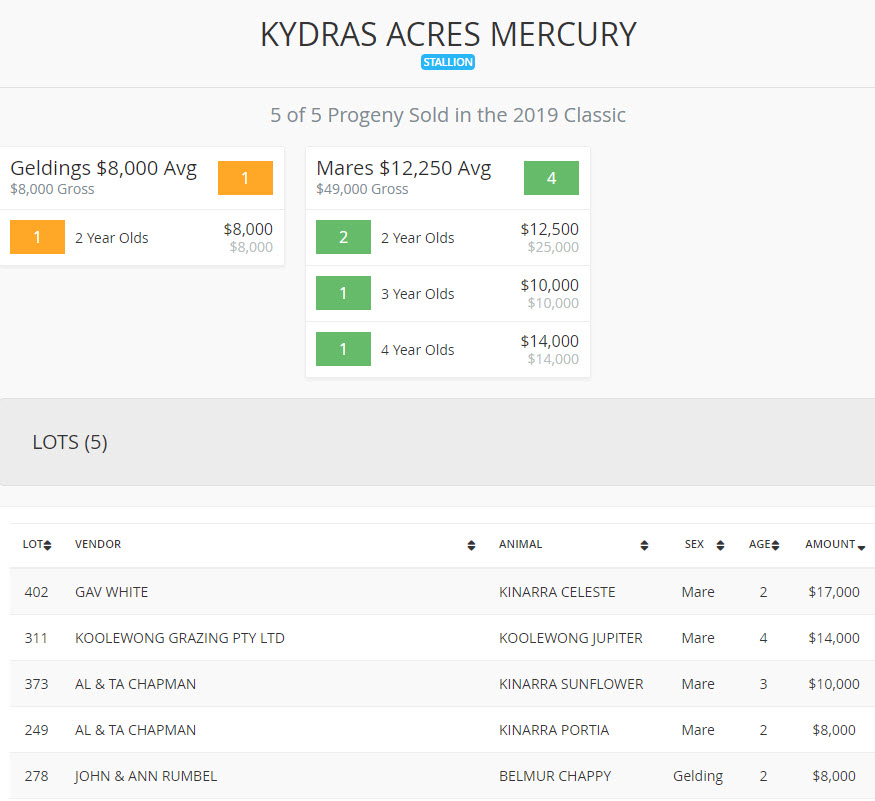 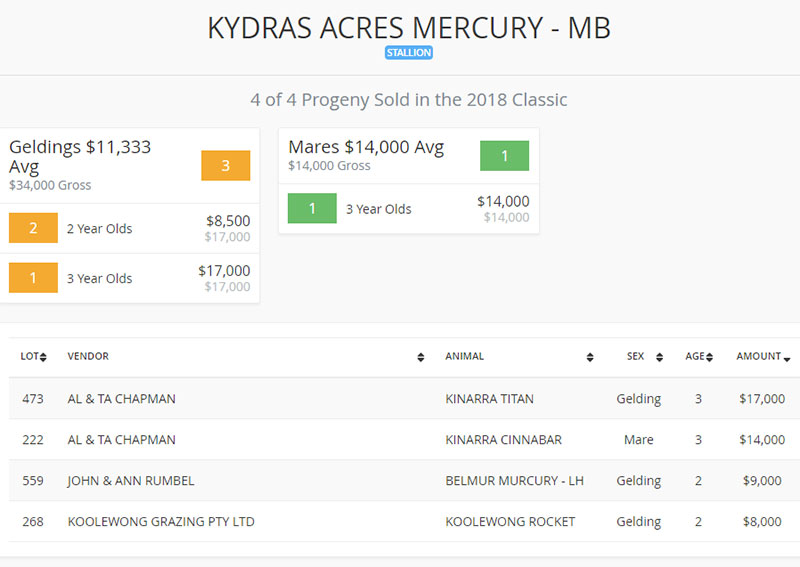 Kydras Acres Mercury’s Full pedigree details on the sire side are available on Acres Destiny’s Page. 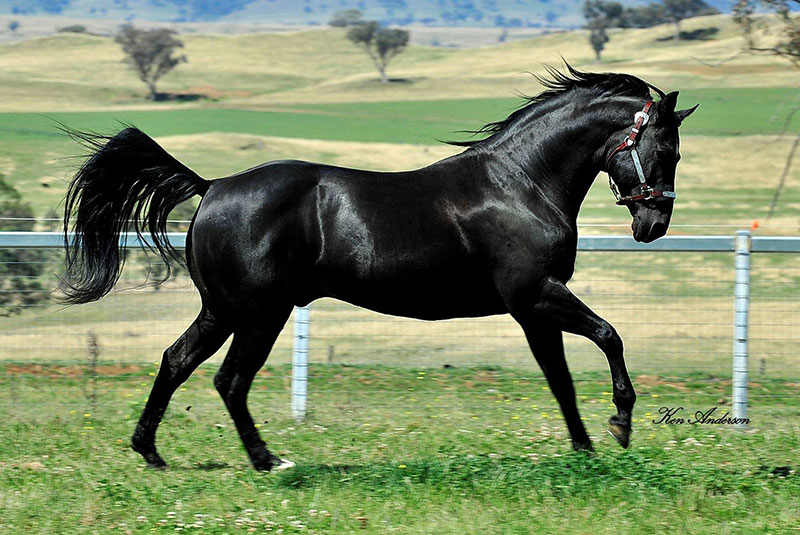 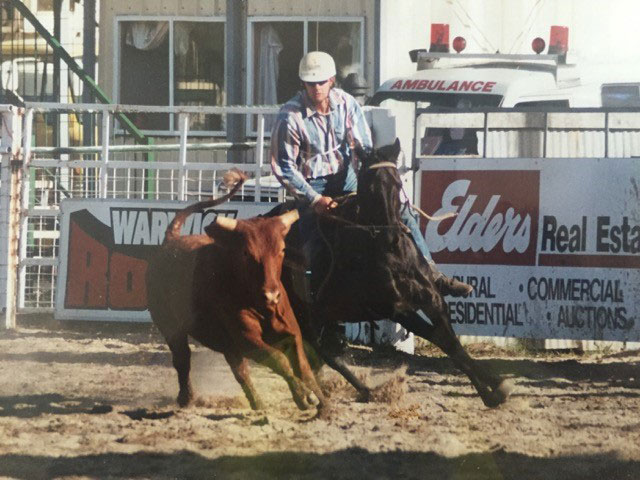 Multiple open draft winner, placed in the Canning Downs and Chinchilla Grandfather Clock.  Also winner of the Novice at Paradise Lagoons and placed 5th in the 2015 ACA Champion Open Horse of the Year. 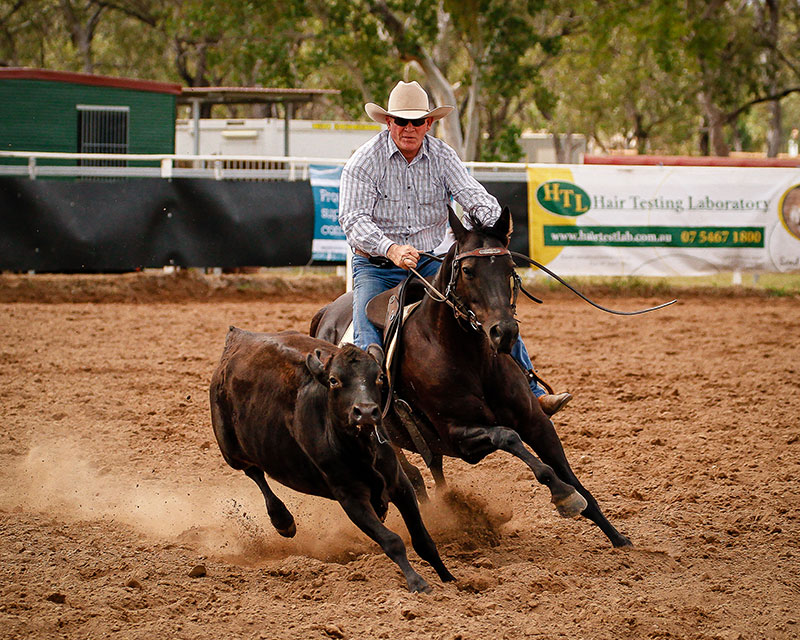 Multiple open draft winner, and produced 6 foals, of which 5 drafted and all won Open campdrafts.