Kennallywood Talladega
If you're not first you're last! 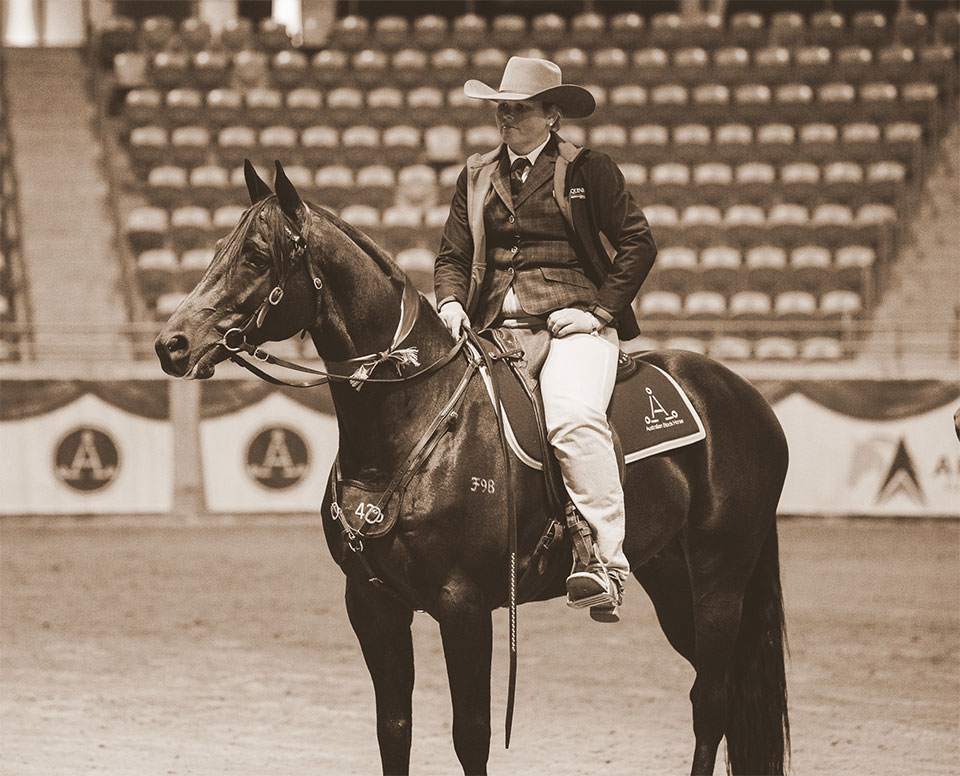 Every once in a while  you come across a horse with a huge presence. They demand to be noticed, they are the horse you go home talking about. Kennallywood Talladega is that horse. Affectionately known as ‘Ricky Bobby’ (from the movie Talladega Nights), he is a lot like the character from the movie – full of personality.

Ricky Bobby is hard to miss, he is big and he is stunning. According to owner Holly Hall Perrin, this horse really lives up to his name. “When you get to know him, he suits the movie – he is a character. He is quiet but is into everything. He is a larrikin. It’s like he thinks everything is funny”.

Holly and her parents, Slim Perrin and Ali Hall-Perrin bred Ricky Bobby.  While their aim is to breed fillys they can keep, as a colt foal this horse was one they decided was a  worthy exception.  They are pleased they made that decision.

The family bred a full brother previously, who like other colts they have bred, was sold as a young horse. He was an exceptional type. The year Ricky Bobby was born, the family had 5 colts hit the ground, and decided to let them grow and see what they had. Holly describes Ricky Bobby as being big and gangly as a young horse, but you could see he would grow into a beautiful type.  “We thought he could grow out nicely, and potentially make a great cross for smaller Quarter Horse mares”.

The colt was broken in at home, as a 2yo. From then he went to work. The aim was to give him time to grow into his big frame, and mature. He went mustering for a good period with John Dohle.

The family decided they didn’t want to enter Ricky Bobby in ridden Stock Horse Futurities too early, so he started in-hand with yearling Stock Horse futurities.

As a 3yo RB went to a family friend Ross Wolski to do some cattle work, Ross says of him: “I rode RB as a 3yo and found him to be very quiet, sensible and trainable, very good to ride and a pleasure to have around the place. He is a great type and will cross well with both stock horse and QH mares.

“We have two 20 month old geldings by him, both quiet, intelligent and easy to handle. We think a great deal of RB and are expecting another foal by him in the spring, I’m excited to see what the future holds for him.”

As a 4yo he went to Brett Welsh, with an aim to compete at the Cloncurry Stockmans Challenge.  However, due to Covid, events were cancelled in 2020 and plans had to change. His ridden debut was unfortunately postponed, but the Perrin family were thrilled with the horse he had become.

As a 5yo in 2021 he competed in the Stock Horse Nationals with Brett and was very successful. Finishing 7th overall and winning the led section. Here he had his first run in a draft, and showed a lot of ability working cattle, as well as speed and a surprising agility for such a big horse.

Holly describes Ricky Bobby as one of the easiest horses she has ever ridden. “You barely have to touch the reins, he is so soft”.

Holly believes that Ricky Bobby’s size is a big asset, saying, “He is big, but in proportion. For a big horse he can get around, even in the cut out yard”. Holly is thrilled that his size and good front end is being carried on into his progeny.

His eldest progeny are rising 3 year-olds in 2021. He was put over 2 family owned mares as a 2yo and from then has been bred to a select number of mares each year, including a few outside mares.  In 2021, the first of his progeny was broken in, and Holly describes her as a cracker. “She is so much like him”.

Ricky Bobby is just entering his competition career, and if he is like his sire, Riverview Snowman he will have a long one.  Snowman is still drafting in his 20’s.

Snowman is a full brother to Riverview Snowy, who won the Warwick Gold Cup with Paul Vary in 2004 when Snowy was 16 years old.

Ricky Bobby’s dam, Kennallywood Gemini was Holly’s childhood horse, bred by the Perrin family. Holly describes her as being a lovely type.  She won the led section at the Brisbane Royal, as well as many other state level achievements.  The grand-dam Kyles Rhiannon Surprise was a terrific allrounder, competing in a lot of different disciplines from campdrafting, to show and dressage.  She was the first horse Holly rode, which explains why Holly has such a great connection with Ricky Bobby, and is now thrilled to be riding his progeny, the 4th generation.

Holly said the family selected Snowman to put over Gemini because they knew and respected the Riverview horses. While the aim was to breed a filly, fate intervened and Holly and her parents are glad they gave him the chance to prove himself to them.  “We got a colt – lucky we did!”

If you’re looking for an outcross that still has traditional lines, this is the horse for you. 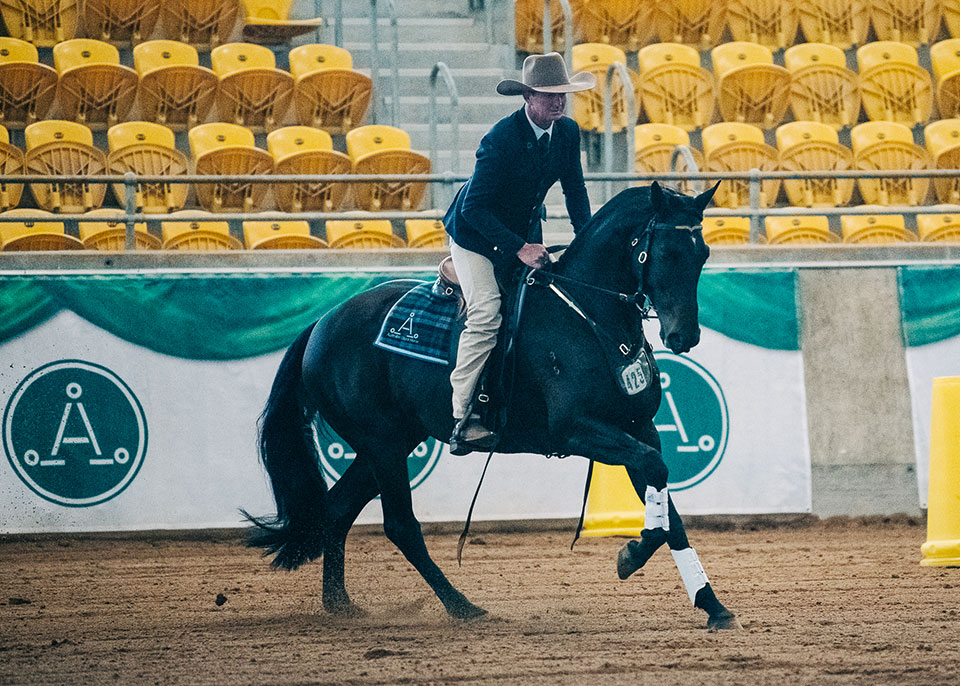 His progeny are all stunning types, with great fronts and hindquarters all having a cool and calm temperament. He is the ideal outcross for the small or QH type mares. 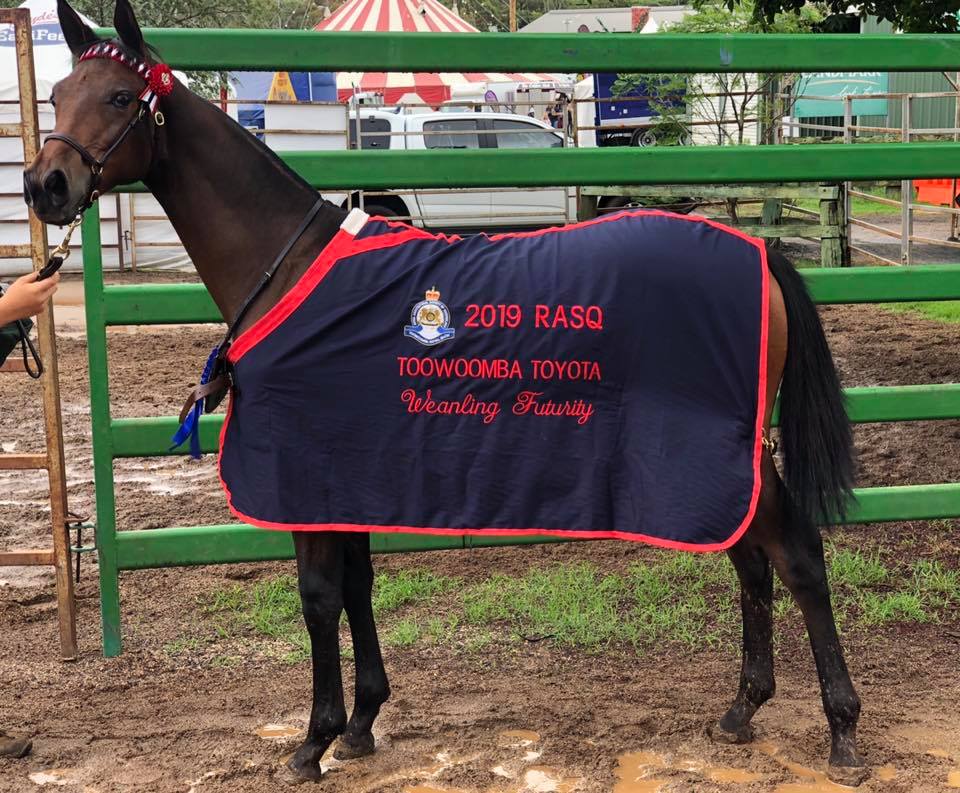 Kennallywood Gemini was Holly’s childhood horse, bred by the Perrin family. Holly describes her as being a lovely type.  She won the led section at the Brisbane Royal, as well as many other state level achievements. 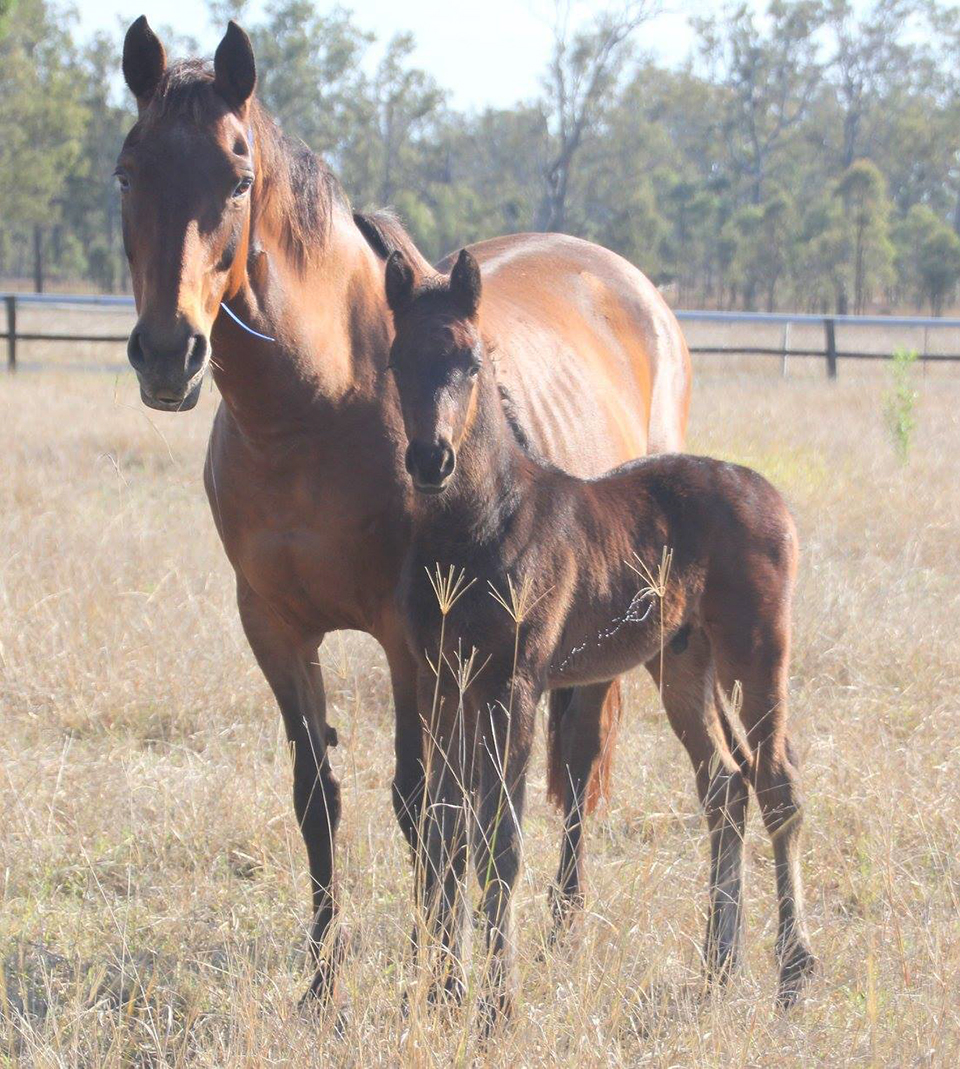 Riverview Snowman is a successful stallion in ASH competition and campdrafting, having won many awards at National and Royal level.

He is the sire of numerous successful progeny and has several full brothers and sisters that have proven themselves in ASH competition and open campdrafting. (See below)

Rainman was awarded the Commonwealth Bank Star of the Year in 1998.

Ricky Bobby as a foal 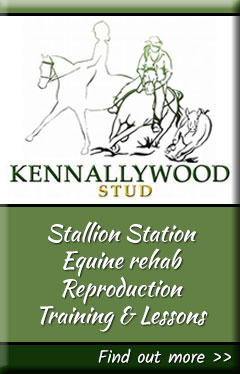