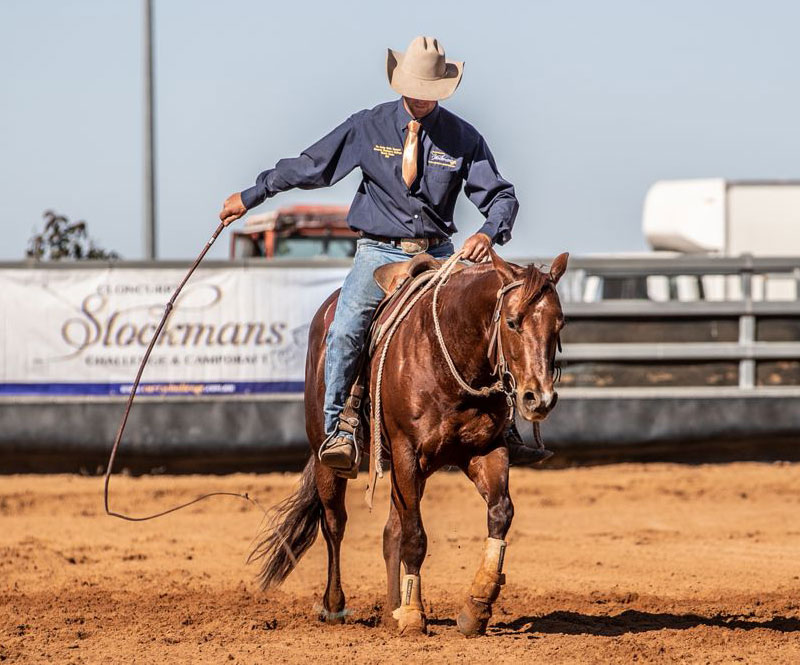 Brandon Gallagher and Amy Hogben were very deliberate in their decision to buy their stallion, I’m Just Awesome Two, having owned his sire who they held in the highest regard.

The sire’s name was CDs Just Awesome.  He was by US NCHA Futurity Champion CD Olena, and out of a Playboy Roy mare. The couple bought him from John and Jackie Farley of Lonestar Training Stables.  They found the family to be extremely trainable, with easy minds and outstanding temperaments.

Following the death of CDs Just awesome, Amy and Brandon purchased Im Just Awesome Two from John and Jackie Farley.  They simply refer to the stunning chestnut stallion as Luigi, named from a theme they have going from Mario Kart, a Nintendo go-kart racing video game.

Brandon said, “Luigi is always 2 steps behind Mario – we have had a Mario, now Luigi and a Yoshi now as well”.

For Brandon, it was an easy decision to buy Luigi, saying that it is hard to go past the trainability that he has found to be such a huge advantage with this line of horses.  “They are always trying to please, whether it’s dry work, or working a cow, or training and showing in the cutting pen”.  Just like his grandsire, Luigi is a natural cowhorse.

Luigi was started by John Farley before Brandon and Amy bought him. John trained him for 2 years and then sent him to Wayne Baumann to show.

The start of his show career came just as Covid put a stop to cutting events in 2020. He was being prepared for the NCHA Futurity which unfortunately was cancelled.  In late 2020, he had his first few starts and showed nicely.  He was very consistent and showed real potential.

Brandon said that the plan was always to take Luigi to the Challenge arena and then onto campdrafting and with that in mind he joined Jon Templeton’s stables mid 2021 to begin his training.

With only a few weeks together, the Cloncurry Stockmans Challenge was to be their first event, Luigi’s first ever Challenge.  In a huge field, competing against some of the best in the country they not only finished in a respectable 10th position, they placed 2nd in the Round 1 Wet work and entered the final in 4th spot.

They couldn’t have been happier with his performance as true to form he tried his heart out.

Luigi is set to stand at stud from the 2021 breeding season. Amy and Brandon are extremely excited about the future, not just of their stallion but also of his progeny, who they are confident will carry on the exceptional traits of his family. 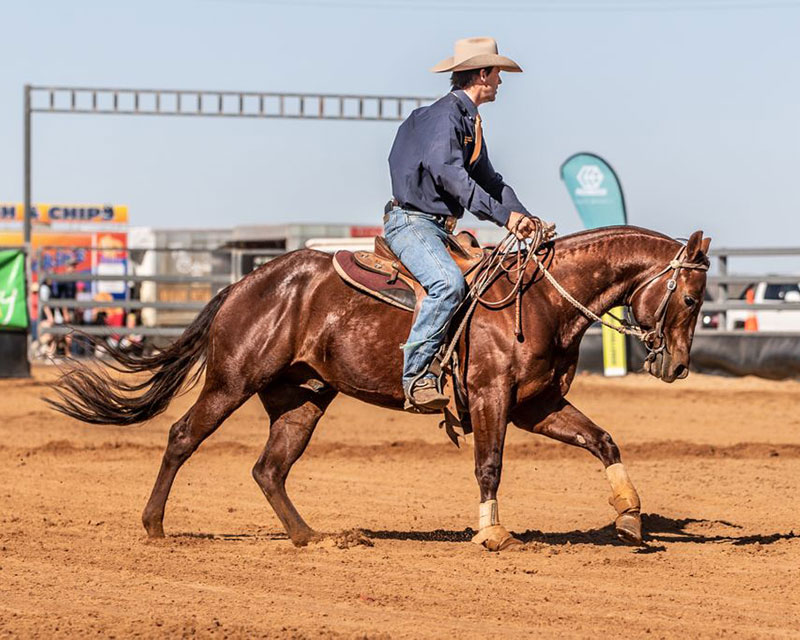 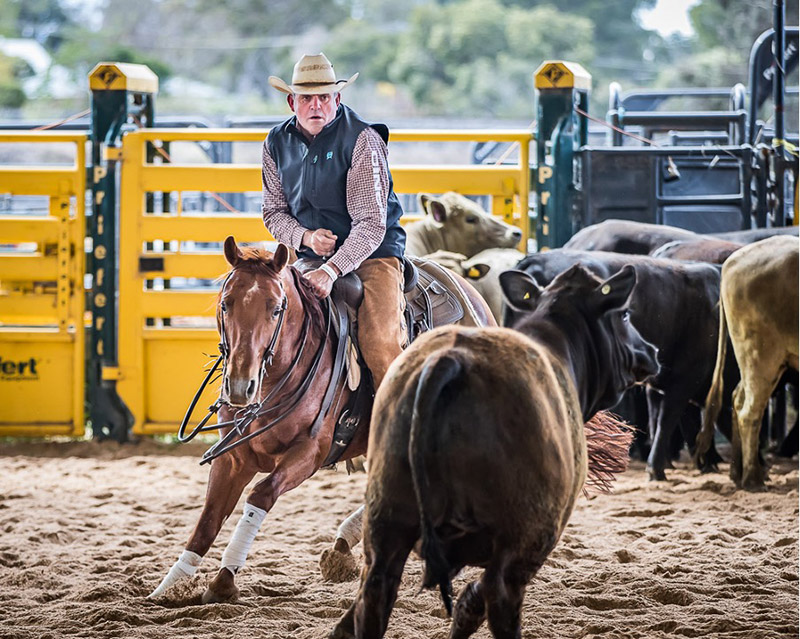 2021 will be Luigi’s first year standing.

“CD Olena is remembered as a stunning athlete, lover of the spotlight and potent sire. The 1991 stallion was a National Cutting Horse Association (NCHA) Open Futurity Champion, earner of more than US$170,000 and sire of earners totaling more than US$17 million, according to Equi-Stat.”

Find out more this influential sire who left his mark on the cutting and reining cowhorse bloodstock, in the Quarter Horse News’ article entitled: 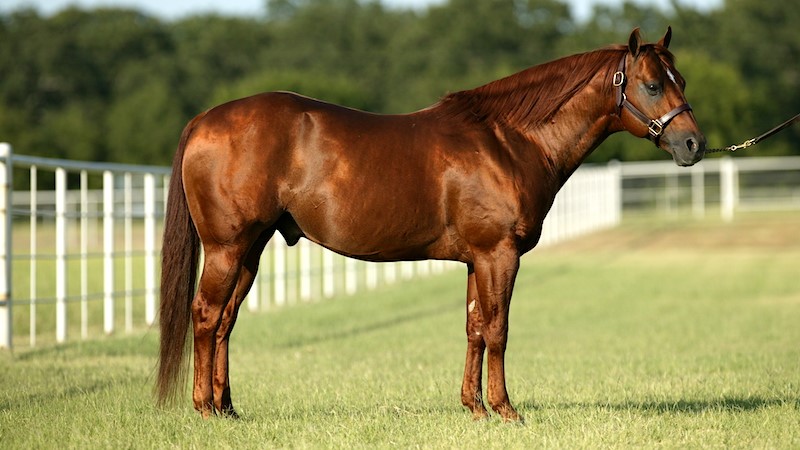 Brandon & Amy bought CDs Just Awesome from John and Jackie Farley of Lonestar Training Stables.  They found the family to be extremely trainable, with easy minds and outstanding temperaments.

After his untimely death, they had no hesitation in buying his son from John & Jackie. 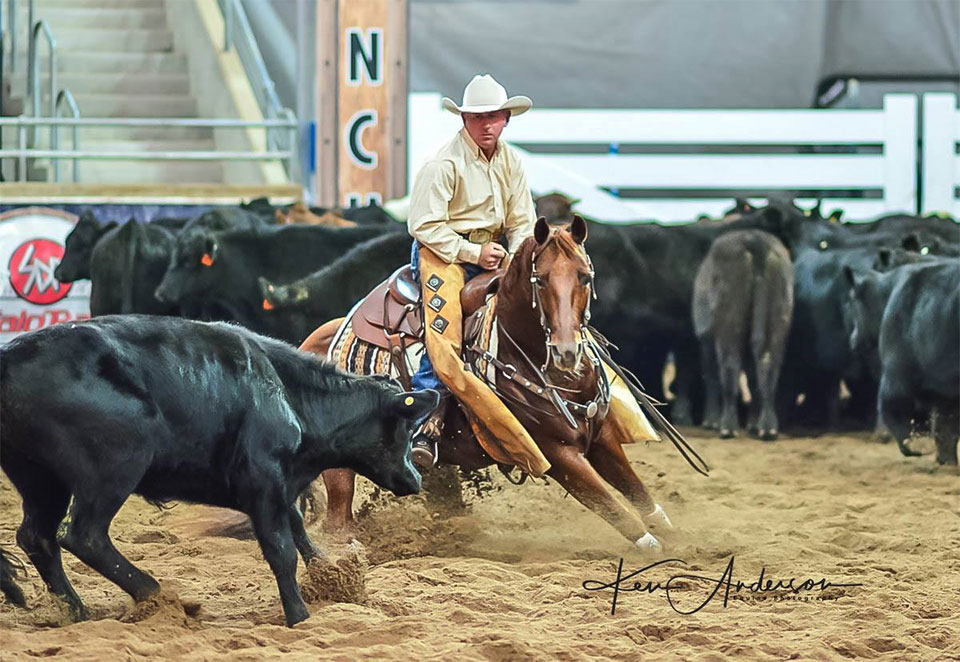