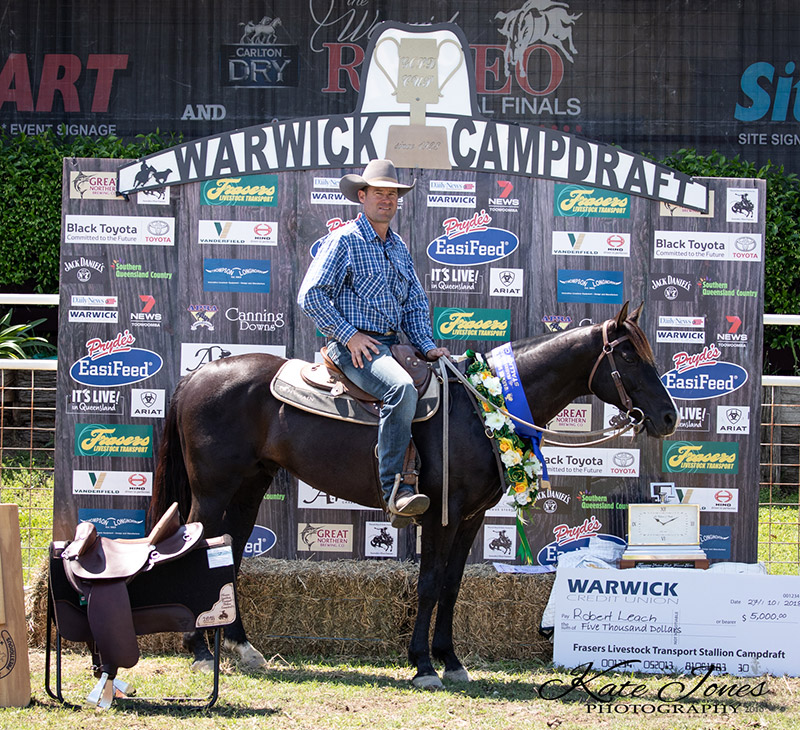 His accomplishments would be impressive for any aged horse, but what Hazelwood Congressman has achieved in his first three years of campaigning is quite remarkable. Co-owner and trainer Rob Leach describes the seven-year-old black stallion as a ‘camp horse deluxe.’ Rob said, “He loves chasing cows. It’s what he’s bred to do.”

Bred by Terry and Christine Hall along with Kylie and Graham Cook, who owns his mother, Congressman has an impressive pedigree behind him. He’s by the legendary Hazelwood Conman and out of Duloc Midnight Run, a daughter of Acres Destiny and proven producer who is quickly establishing herself as one of the finest producers in the sport of campdrafting.

Congressman first went to the Leach stables as a three-year-old. Rob said that Terry originally brought the horse down to ‘get him cutting out a bit.’ “He then went back home for a bit, when out of the blue, Terry turned up at home with some breakers and sale horses. He handed me the black colt and said, ‘Give him back when you’re finished with him,’ ” Rob said.

Rob admits he never intended on buying a stallion, but he knew Congressman was special. Friends from Tasmania, fell in love with him as well and agreed to partner on the purchase. Congressman was then purchased by LC partnership, consisting of partners Rob and Lee Leach and Richard and Georgia Chugg.

The versatility of the stallion was put to the test as a four-year-old by Rob preparing for and competing in challenges and drafts, with the duo picking up a number of placings. A trip to Paradise Lagoons was the start of a successful journey as the pair placed in the futurity draft and challenge, followed by a Novice win at Tamworth, and then winning Congressman’s first open at Nundle along with many other finals and placings.

He went on to win the Open Draft at the Australian Stock Horse National Finals two years consecutively, both times running a 93 under different judges. After only four starts this year, he has won three opens, including the Open at the Toowoomba Landmark Sale and the Stallion Draft at Warwick.

This was only the second time Rob has competed at Warwick, following his debut last year when the pair made the Stallion Draft final, as well as snatching a place at the Condamine Bell.

“Congressman is a real natural cattle horse, and Terry has helped me bring that out in him,” Rob said. “He’s a great horse to ride. Having him has helped change my style a lot and what I want to train into my horses; He’s just so talented,” he said. “He’s got such a great disposition, and even after breeding, he comes back in just as good.”

Nearly 80 mares were bred to him in his first season, but it hasn’t affected the horse’s nature or performance one bit. “He just keeps getting better. We love him and we’re really happy with the win at Warwick. It was extra special,” Rob said. 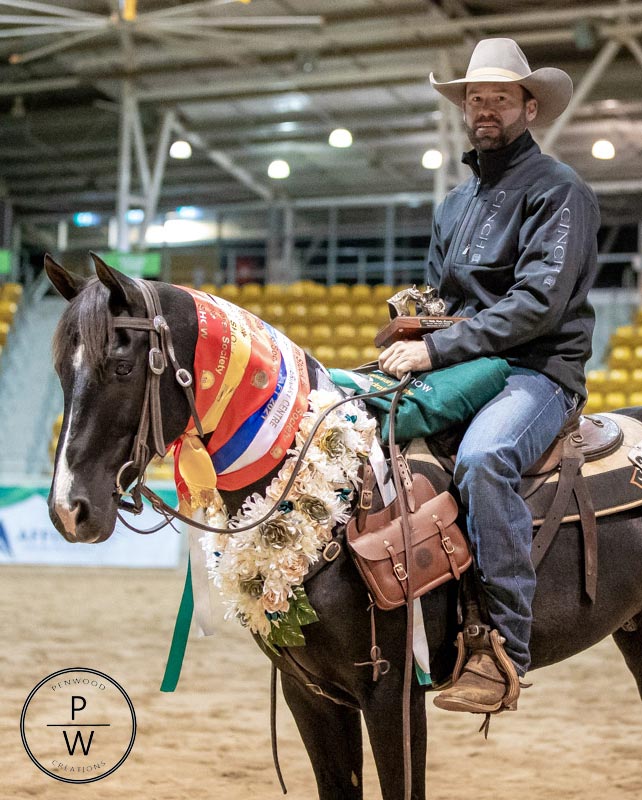 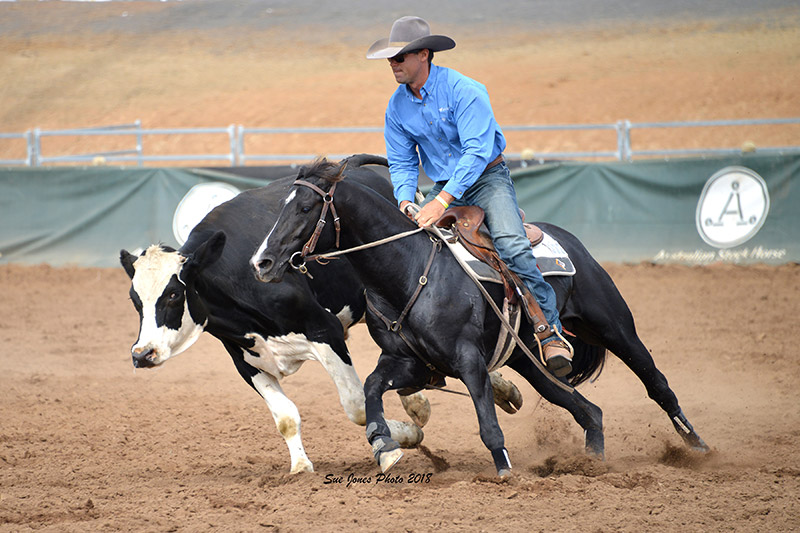 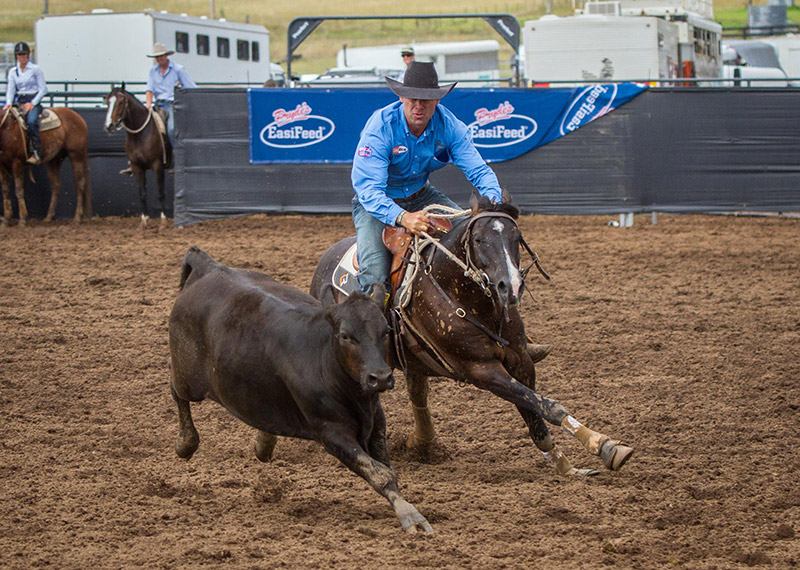 Outstanding results in only his 1st year of competition. 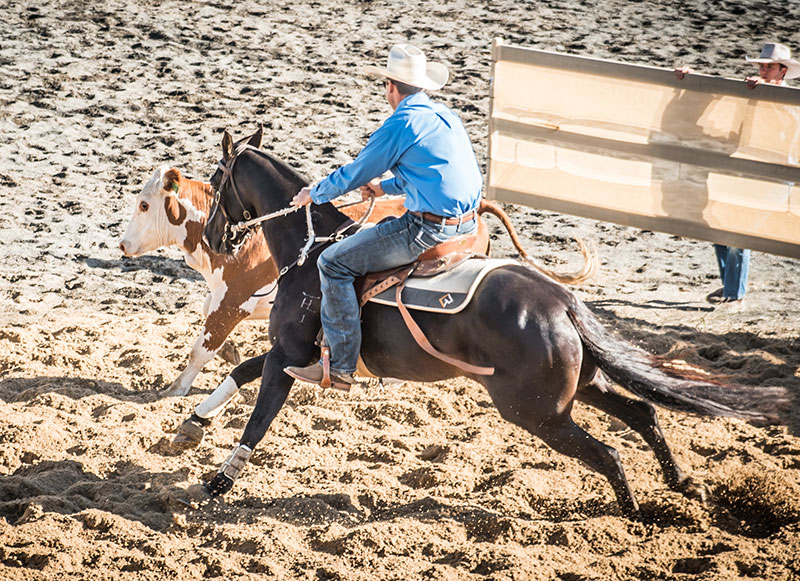 Midnight has a wonderful pedigree which explains why she is fast establishing herself as one of the finest producers in the country.

Her grand dam was a mare called Little Lucky Eighty Seven who, owner Kylie Cook says, was from a wonderful American performance family in her own right. 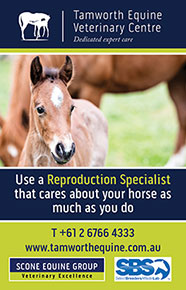