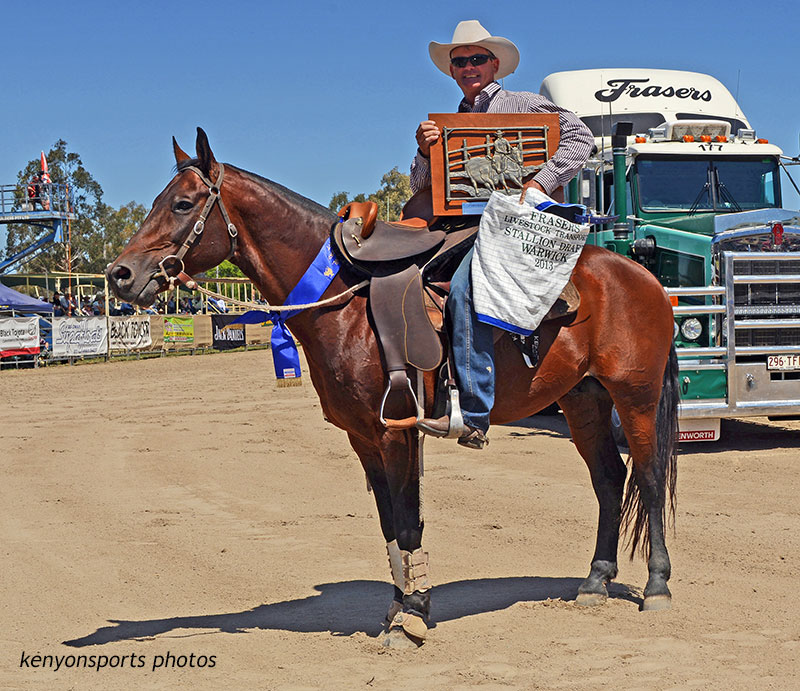 Craig and Belinda Ellrott purchased Fern Hills Bennett as a 10 yo, at the 2011 Paradise Lagoons Sale. They knew the stallion well, being from their local area. They had always liked him, and were very keen to buy him when he came up for sale.

Craig was away mustering at the time.  He and Belinda had discussed the sale and made a budget. Belinda hoped she would come home with the horse and was thrilled with the outcome of the sale, even though she admits going a bit over budget.

Warren and Karen Offord were the previous owners, and had mostly competed on Fern Hills Bennett at their local drafts. When Craig and Belinda bought the stallion they also took him to local drafts, but work commitments hampered their ability to travel. Knowing his ability, they decided to send the horse they fondly call Ben with Pete Comiskey in 2012/13. Pete would go on to win the 2013 Warwick Stallion draft on Ben, after being 2nd in the same event the year before.

For Craig and Belinda, there were a few things that stood out about Ben. They particularly liked the way the stallion travelled, and how he was put together. He is well-known for his calm nature and for the Ellrott’s this horse was ‘The Whole Package”. He has a good front end, good bone and stayed sound right through his long career. Craig said he could stretch out nicely and always tried his best to cover his cattle for you and could rate them well.

Craig and Belinda had bred one of their mares to Ben long before he came up for sale. Unfortunately they lost the resulting filly following an accident. The main reason they wanted to buy Ben was to breed quality progeny from their own broodmares. They own about 20 mares and have bred a good number of highly regarded progeny. The very first of Ben’s progeny the couple sold went through the Dalby Stock Horse Sale in 2018, the filly was named Bighouse Callgirl and made $30,000.

Demonstrating why the progeny of Fern Hills Bennett are so sought after; in 2020 one of Ben’s son’s named Be Kool won the Dalby Australian Stock Horse inaugural Novice draft with Trevor Humble, scoring 91 points.

Craig said the progeny share Ben’s cool mind. He and Belinda refer to them as being kind horses.  They are easy to break in and get going, and the Ellrott kids can ride them as young horses. The family do a lot of mustering and Craig said they particularly like that the progeny are good-travelling horses, that you can enjoy being on all day.

Ben is retired from competition.  While the family no longer ride Ben, he will always be a favourite. Belinda said he was her dream horse. The family enjoy getting to know his progeny and sharing them with the people who go on to own them; as well as those now breeding progeny of their own by this lovely, kind stallion. 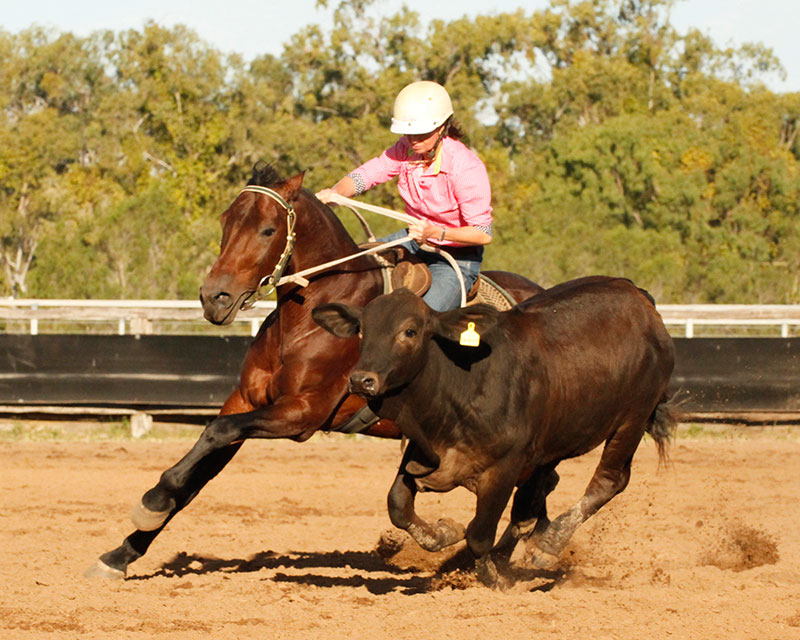 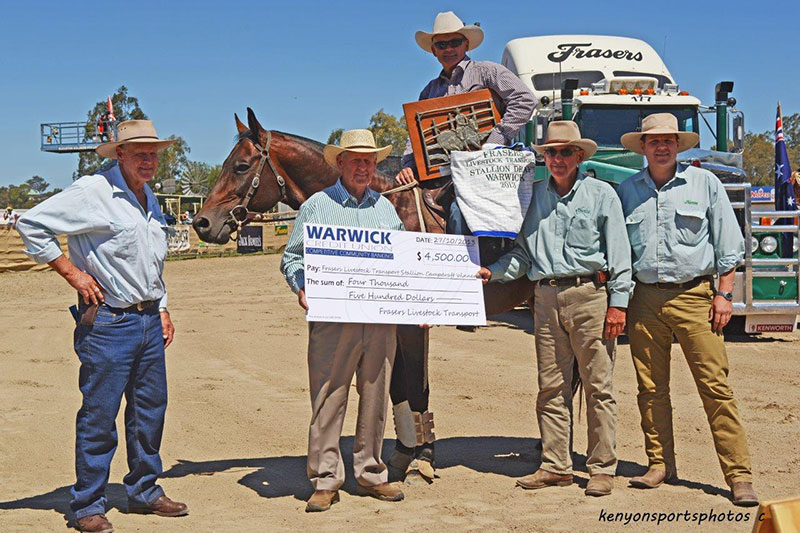 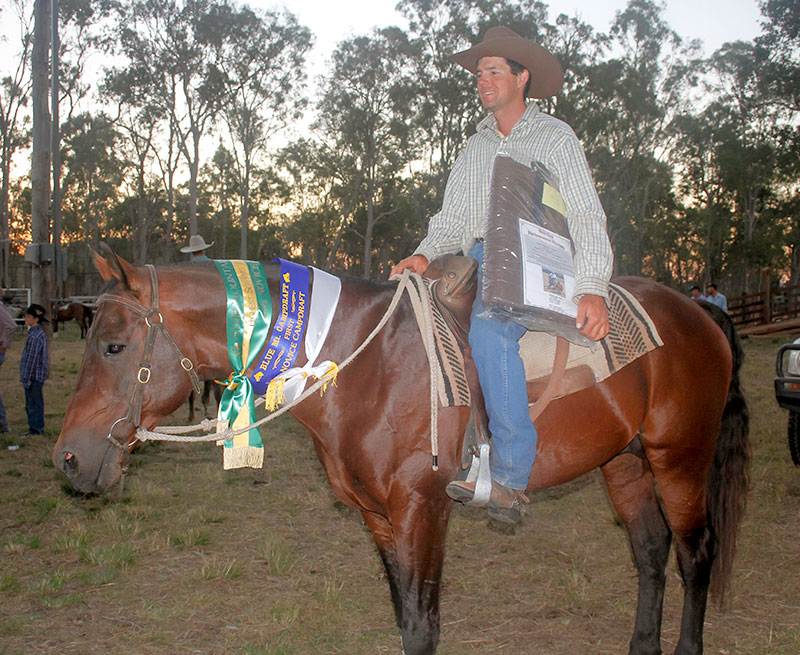 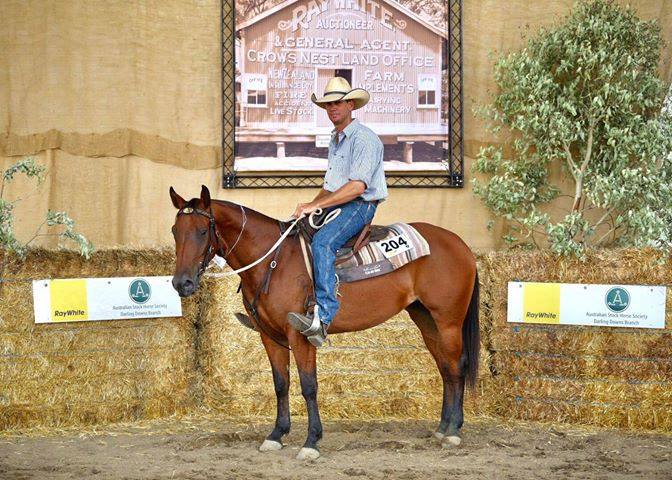 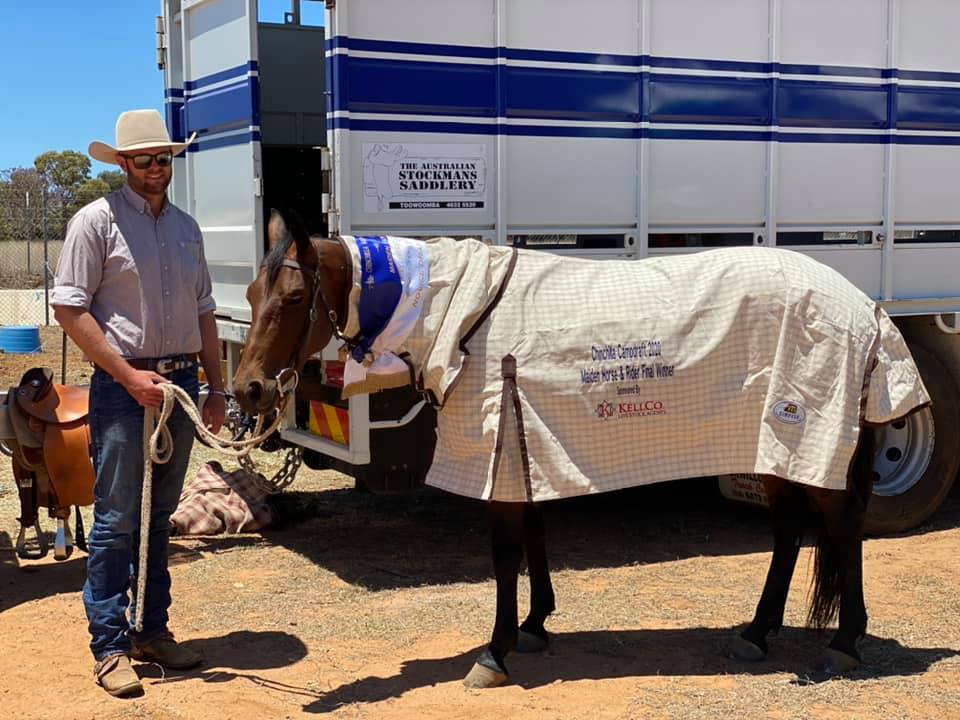 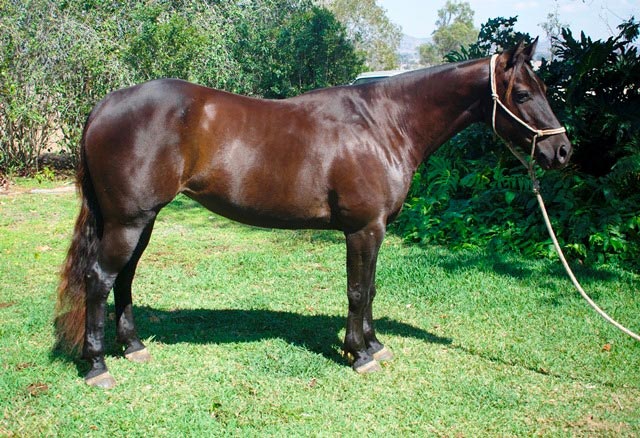 Campaigned by young Riley Ellrott in 2019 at Clarke Creek and Ridgelands in the Futurity, Maiden and Junior drafts. 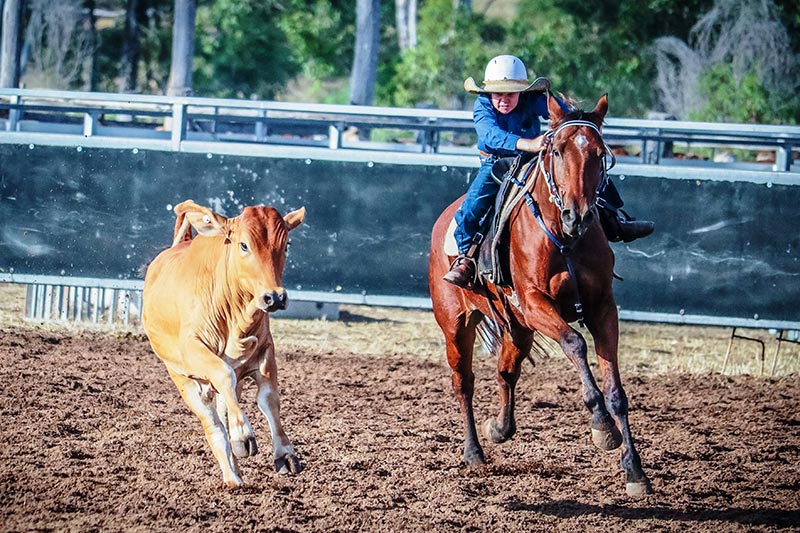 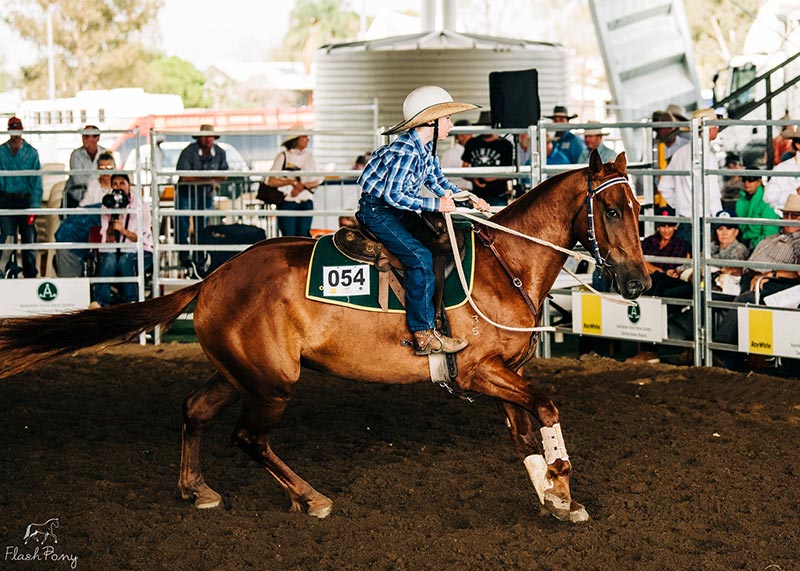 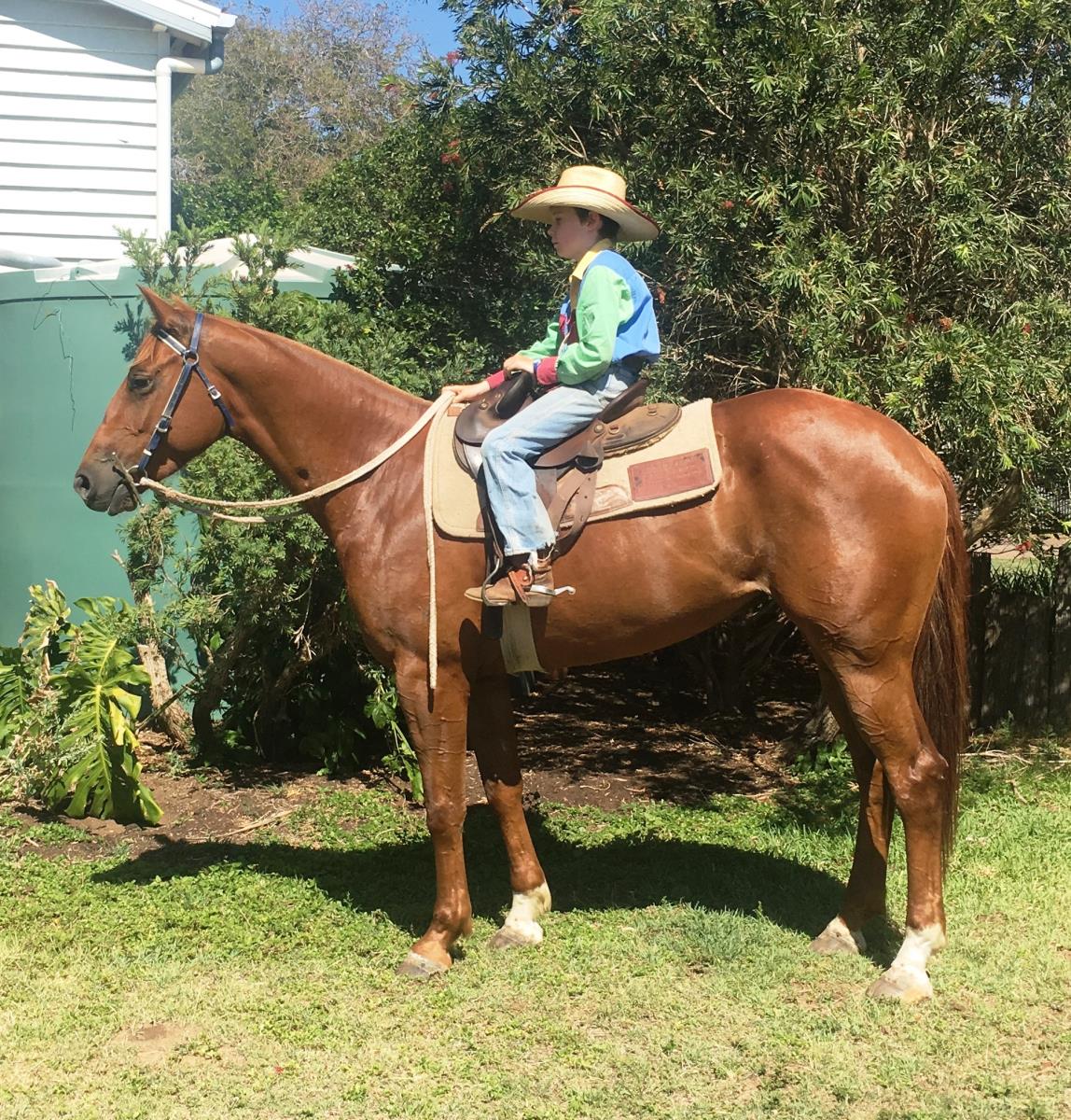 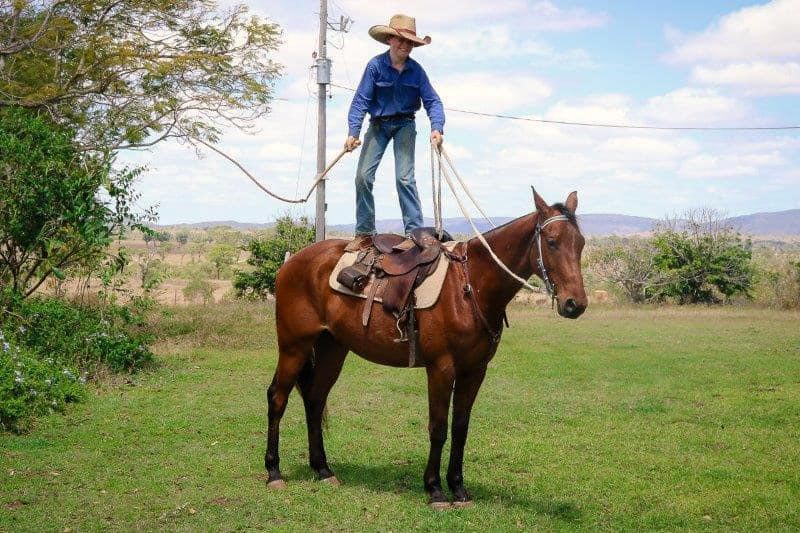 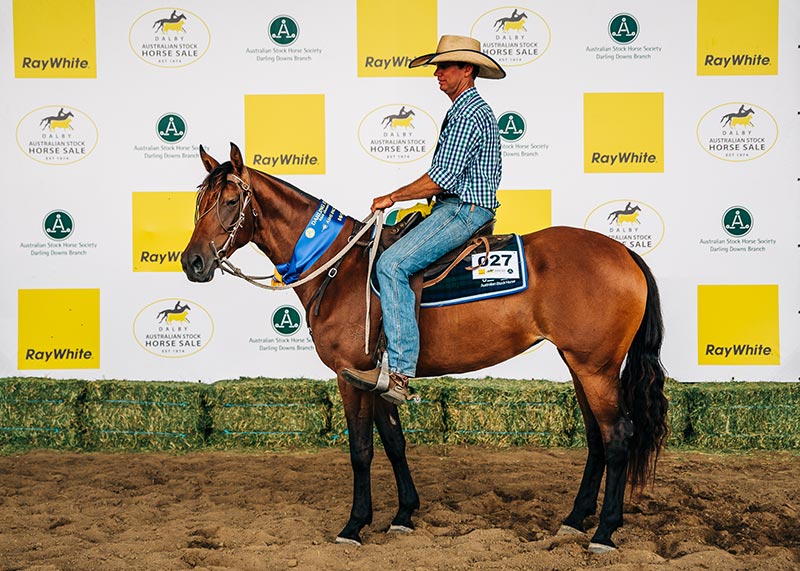 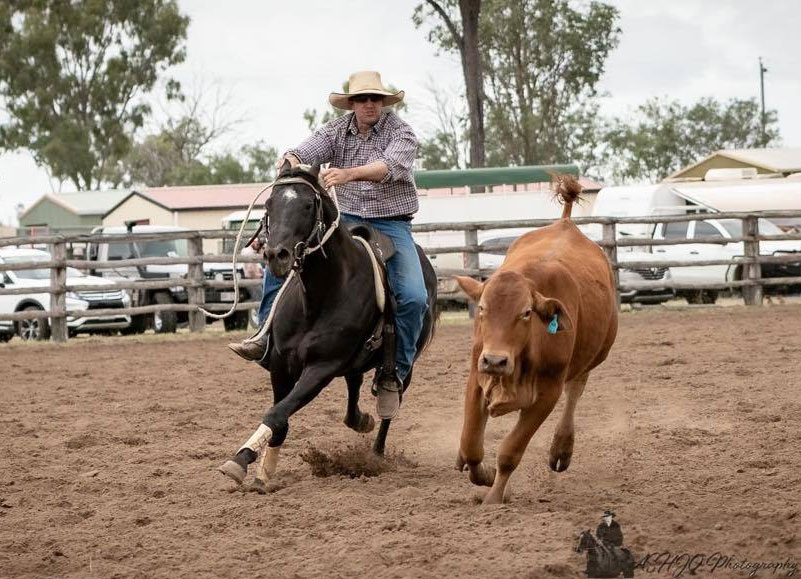 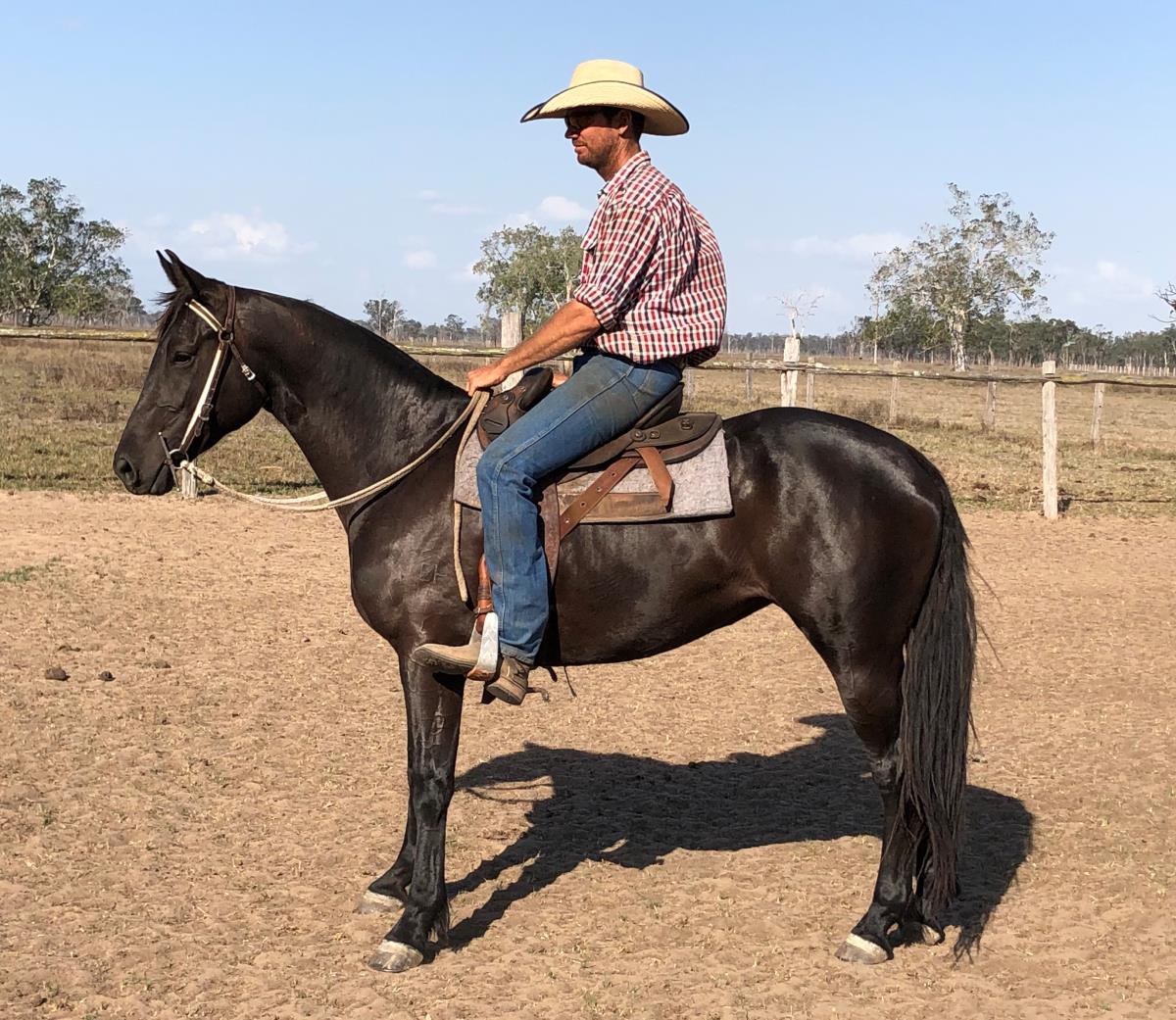 Full brother to Pumpkin who Riley sold through 2020 Nutrien Classic and to filly Candy who is going to Nutrien in February. 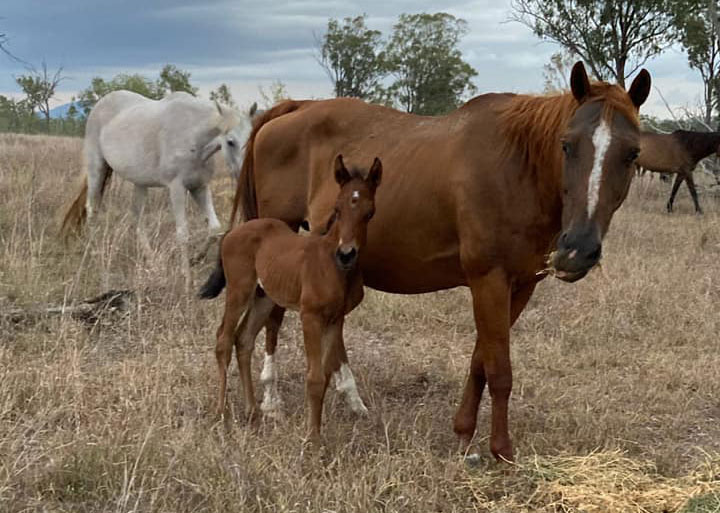 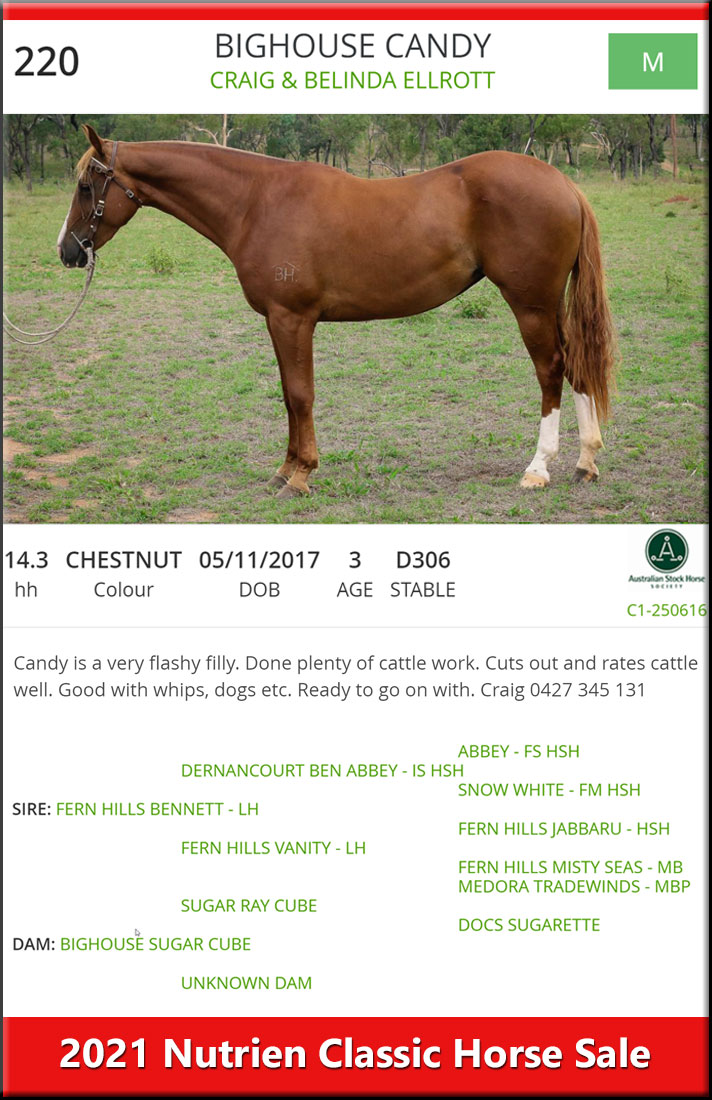 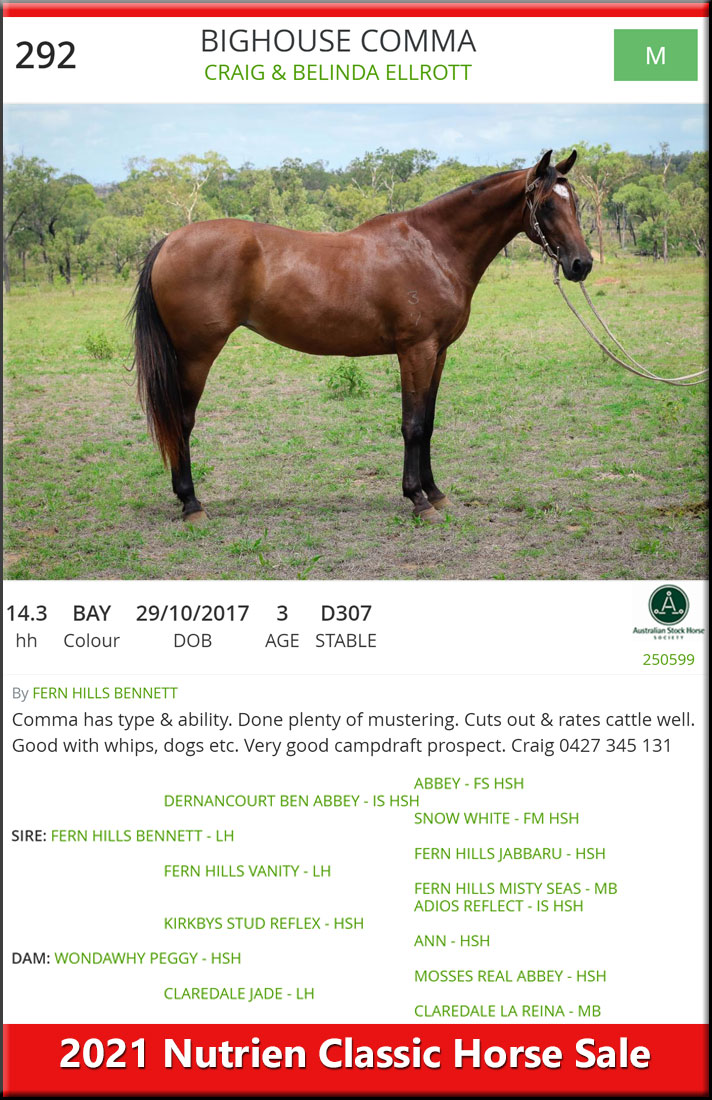 “The horse’s best day was at Boonah when he won both the Novice and Open campdraft and placed in a Restricted Open. In his six runs, and under three different judges, his Cut Out scores were: 23, 23, 24, 24, 24 and 25. While still a Maiden horse, he went on to make two appearances at Warwick and tied for fourth in the Gold Cup Campdraft”
(Australian Stock Horse Journal), Sept/Oct 2010 – From the story ‘Foundation Mare, Snow White’).

“Vanity” is a successful Novice mare who Won and placed in Maiden, Novice & Open Drafts and won Cut-outs.  Owner Brett McCamley says she was “the safest horse I have ever rode, she rated cattle with ease with a tonne of pace”.  He added, her maternal grand-dam Fernhills Grey Seas, whom they purchased in foal to “Poco Little Dell” was also an Open draft winner for Kevin Smith of Fernvale. 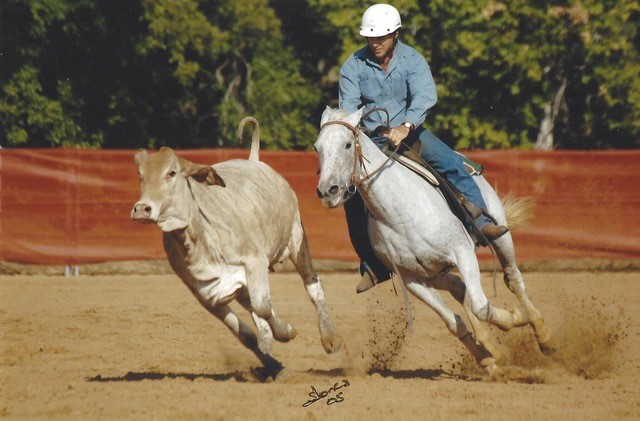 Researcher/Writer Joy Poole OAM, she states, “This horse is without peer the most influential horse in the Australian Stock Horse Stud Book…Everything about ABBEY FS is exceptional: his breeding, his
performance and the people that surrounded him during his
lifetime.” 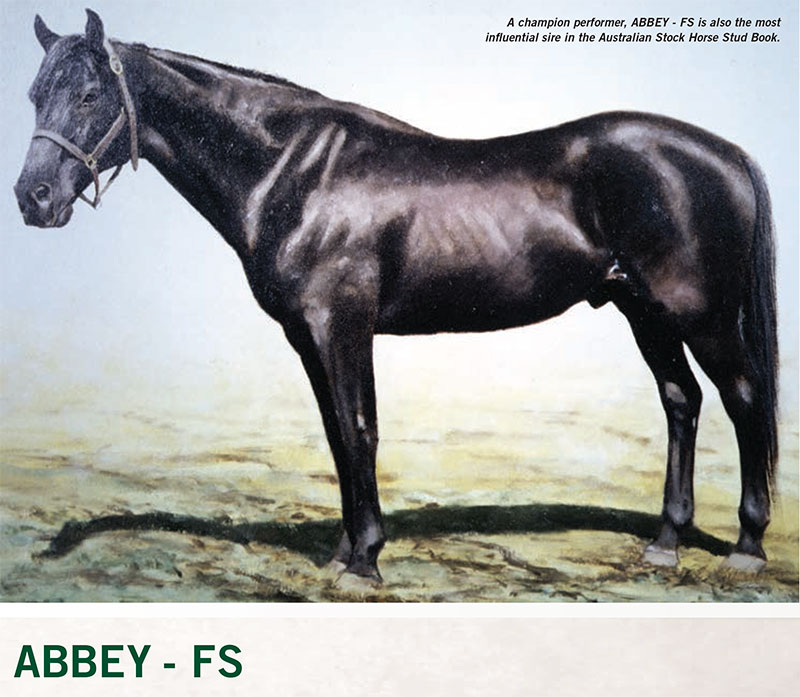 Novice drafter and winner & placegetter in numerous Campdrafts and cut-outs and sire of draft winners. 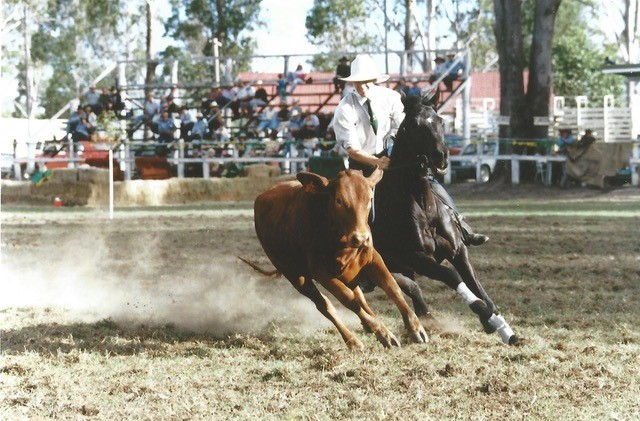