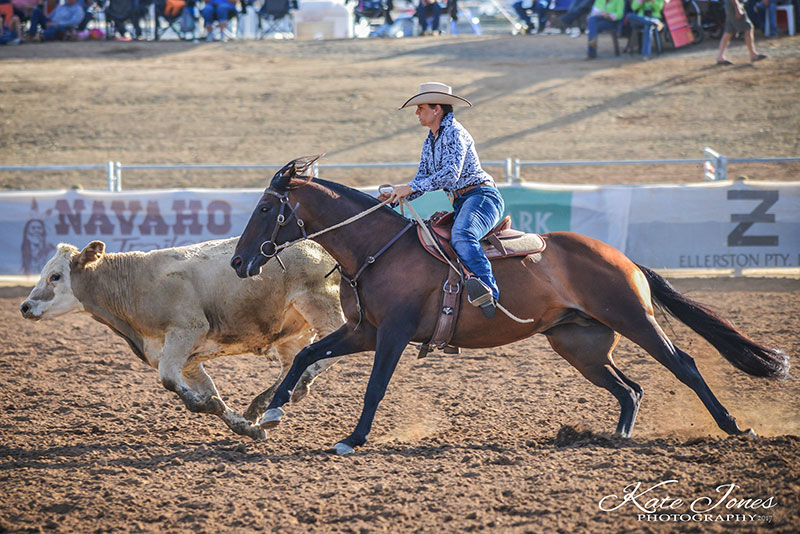 “Boonara Mentor is a consistent performer, he is a pleasure to compete on, and to have around.”
Huon & Colleen Smith

Huon and Colleen Smith and their Boonara Stud are instantly recognisable as quality.

Their great care and dedication shows in every aspect of their business and their horses. Their resident stallion, Boonara Mentor is no different. He oozes class, he goes about his schedule with a minimum of fuss and his results speak for themselves.

His story relates totally to Huon’s desire to upgrade his band of approximately ten brood mares and to breed better horses to meet both the competition arena and the sales rings. One of his first steps to achieve this goal was to purchase Warrenbri Eve from Lindsay and Jan Knight. Eve was a full sister to Warrenbri Omega, who was one of the premier Stock Horse stallions at the time and remains one of the all-time greats to this day.

Cattle Baron was the resident sire at Boonara at this time and was being extensively used with Huon’s mares, including Eve. However fate took over when Eve was to be joined. Cattle Baron had developed colic and was at the Oakey Vet Clinic being treated. Eve was also in Oakey but was unable to be joined due to the colic. Dogwood Comet was also in the vicinity at Toowoomba so Huon decided to join her to Comet as the timing was right.

Boonara Mentor was the resultant foal and although Huon wasn’t particularly trying to breed a colt he was immediately impressed with Eve’s new addition. He had a certain air of confidence from birth and he also had impressive movement. It was also at the time when Terry Hall was starting to campaign a new colt that had everyone talking called Hazelwood Conman. Boonara Mentor is a three quarter brother to Conman, being by Comet and from a Romeo mare, and with this attention Huon decided that he would definitely give him every opportunity to succeed as a sire.

Huon broke him in as a 2 yo and from the beginning he was very trainable with a great nature and was immediately on a different level to anything Huon had previously broken in. His education continued in this extremely positive pattern and he was ready to perform at the Stock Horse Nationals as a 3 yo where he won the Working section of the Futurity, the Station Horse Colt and placed in several other sections of the Futurity.

As a 4 yo he was challenged extensively winning the Monto Gold Buckle Open Challenge and was the Runner Up at Paradise. Soon after, he started drafting, winning a Maiden very early at Proston and quickly became the consistent Open performer that we recognise today.

He was first used as a sire as a 2 yo with his first foal being Colleen’s wonderful Open mare, Symphony. He has consistently bred solid books of mares and his progeny can be seen in a great variety of disciplines with challenging and campdrafting being the main.  He has also seen his progeny sell for big numbers through the sales rings and happily these progeny have continued to perform for their new owners.

Mentor has a successful Show and Challenge career, but currently focuses on Campdrafting. 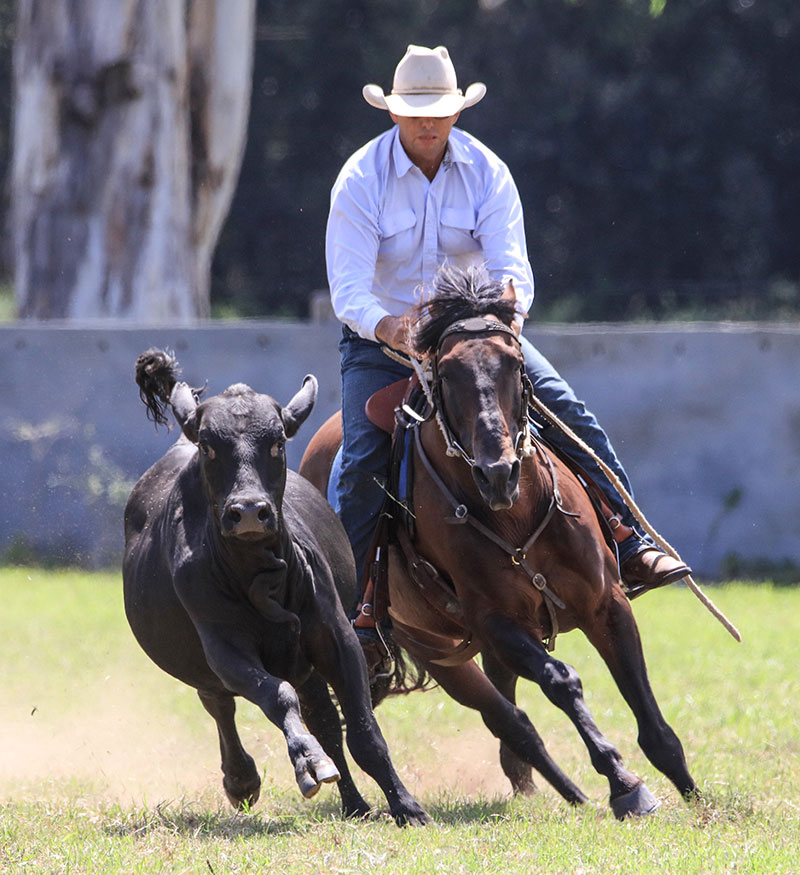 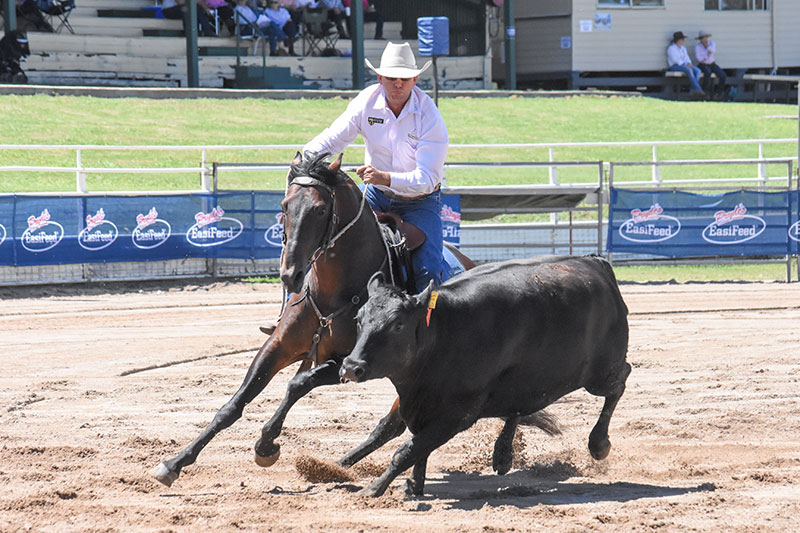 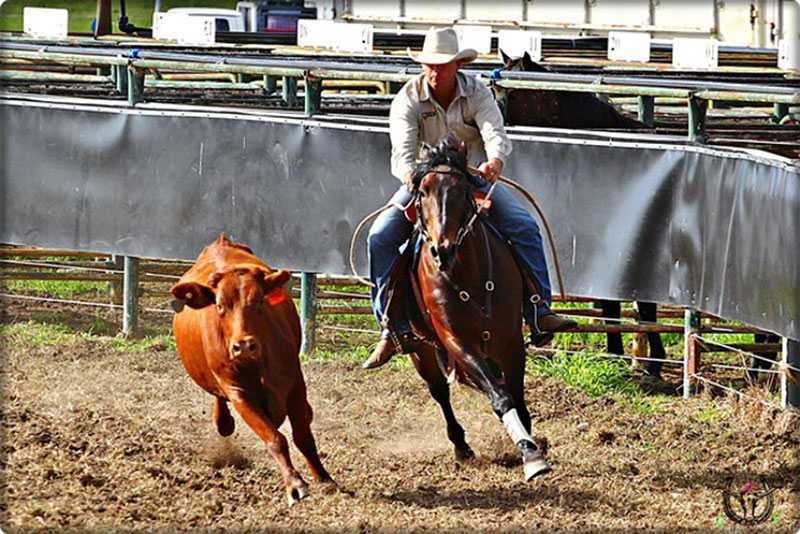 Boonara Mentor has proven himself as a Sire, producing winners in all fields of competition.

Mentor is passing on his Talent, Trainability and Style. The bloodlines he carries are highly sought after and, his progeny are in high demand. 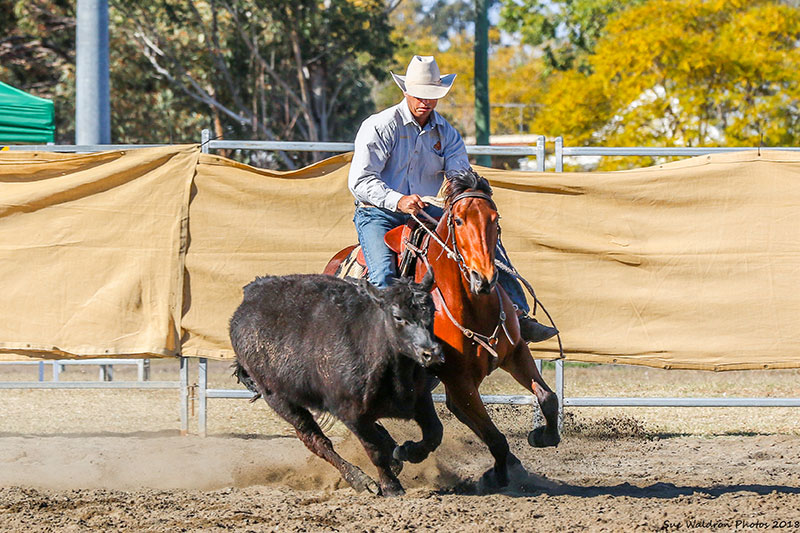 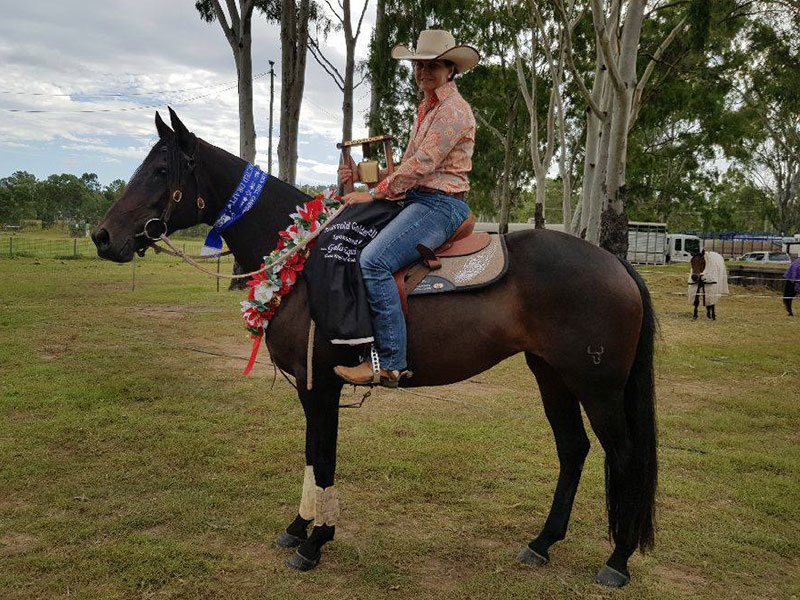 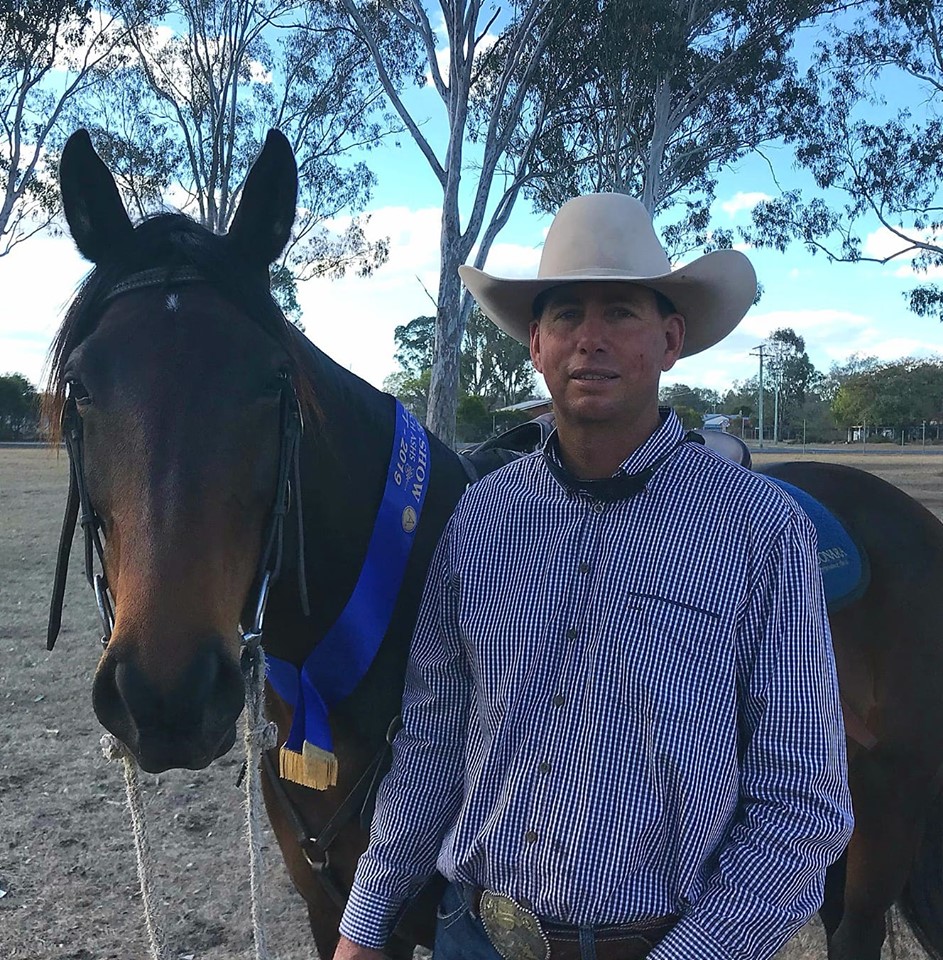 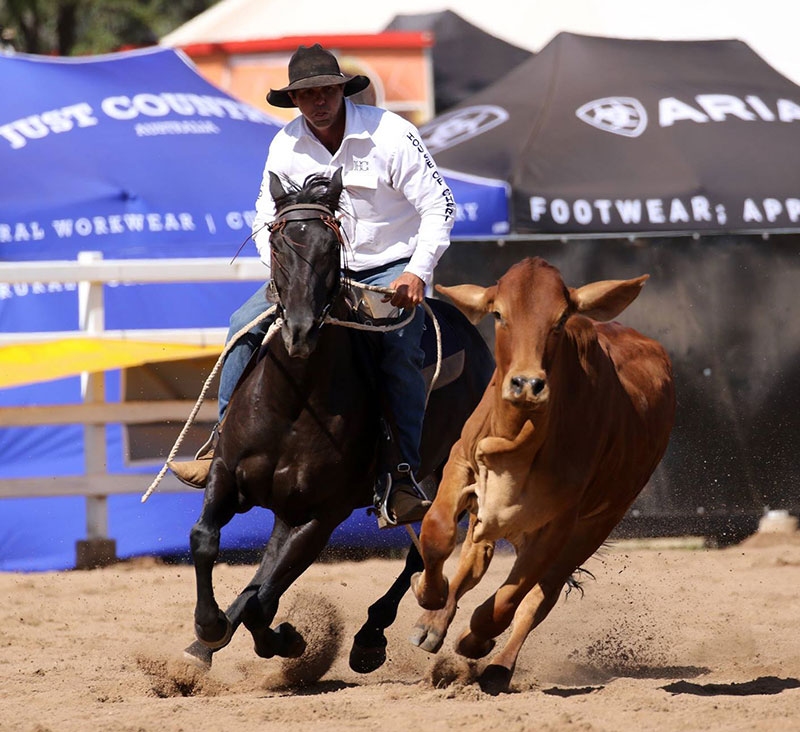 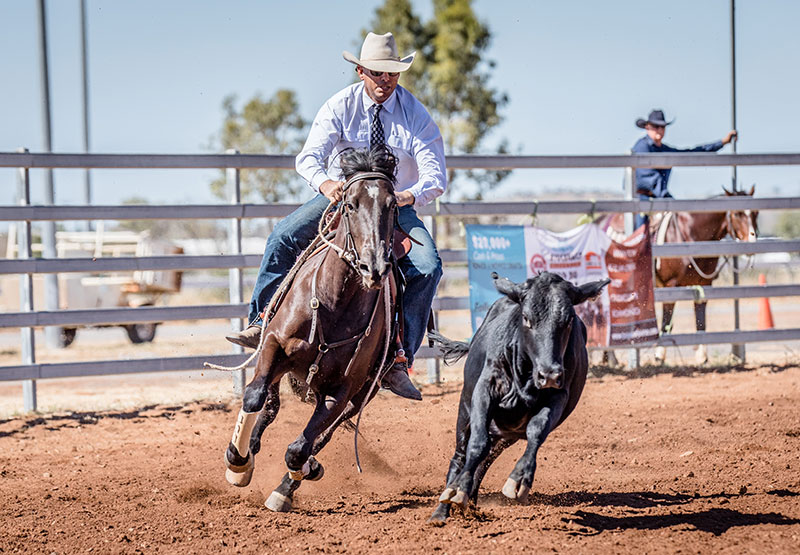 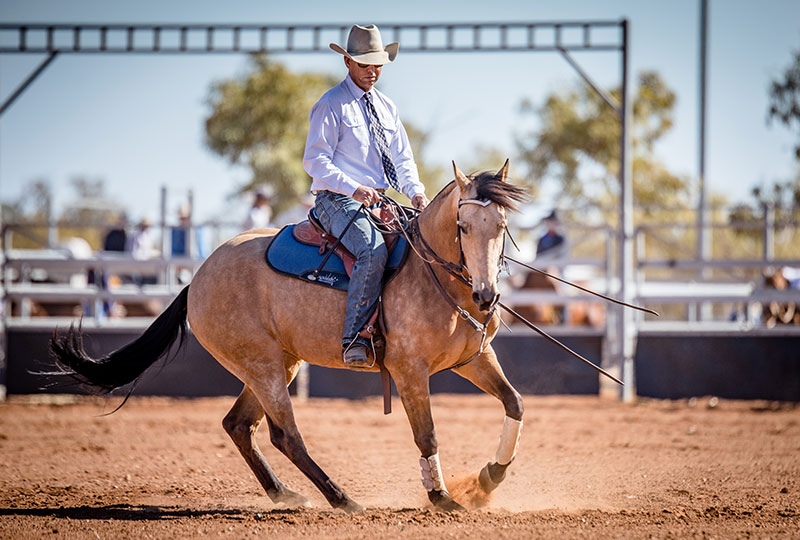 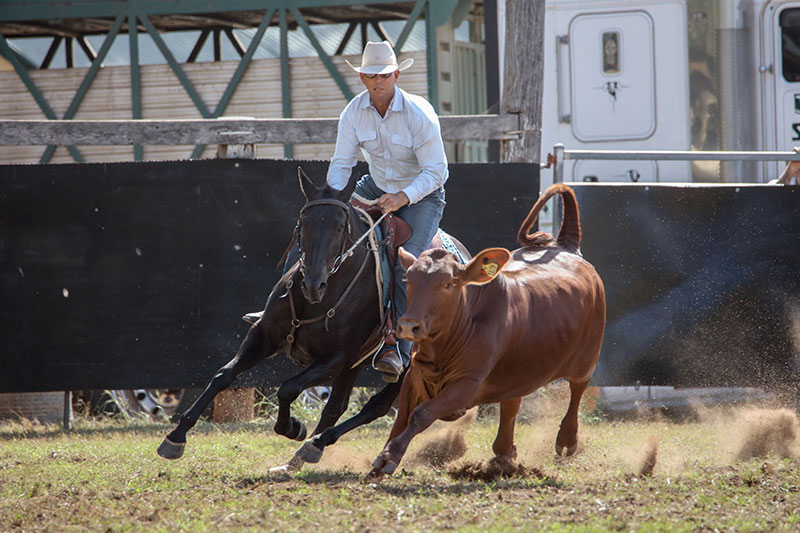 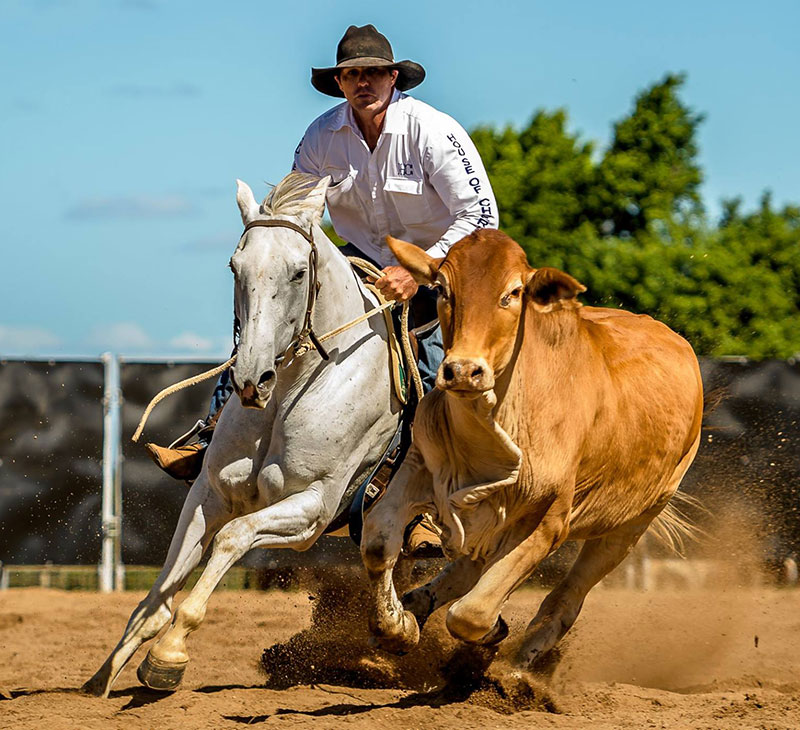 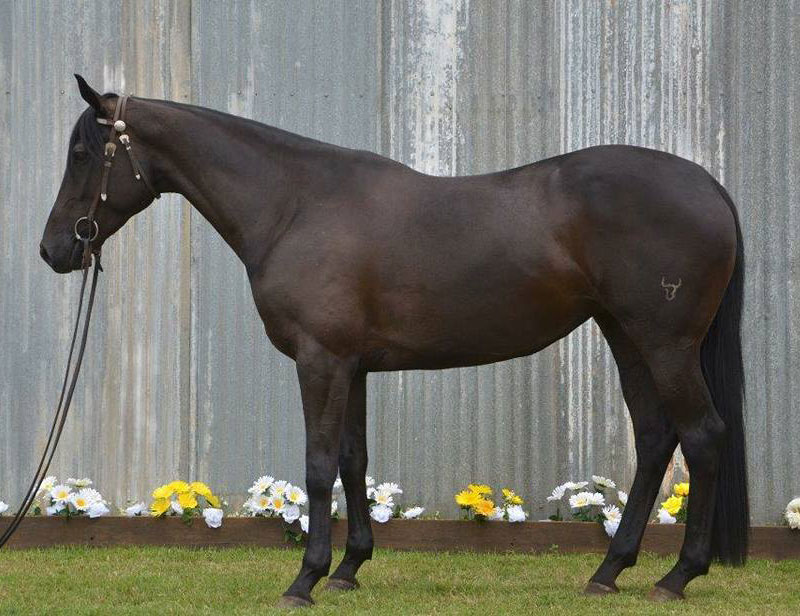 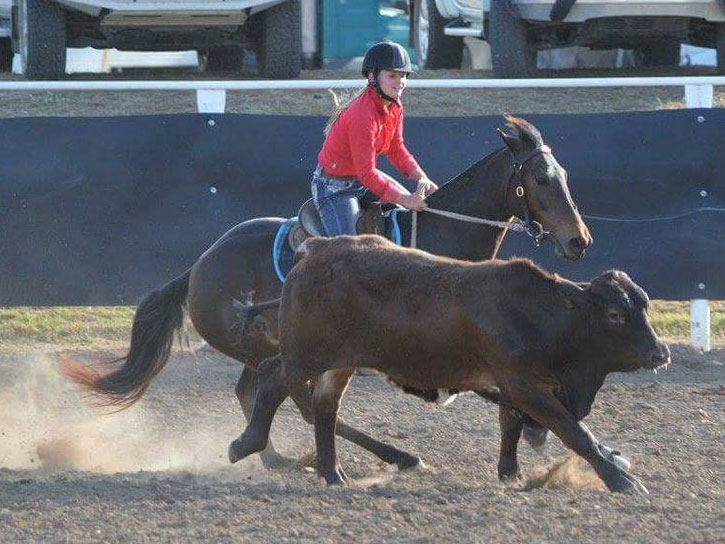 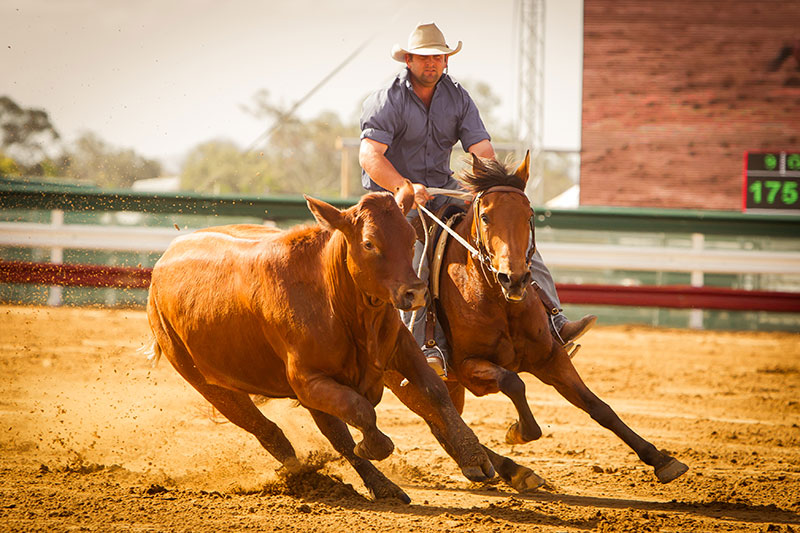 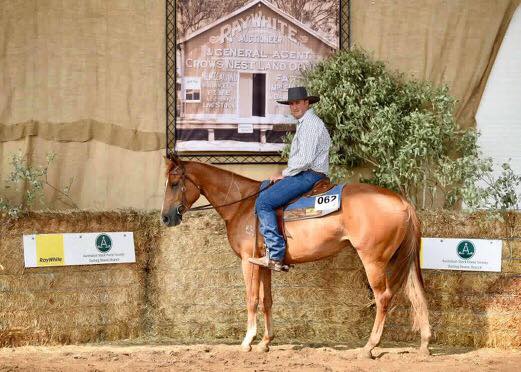 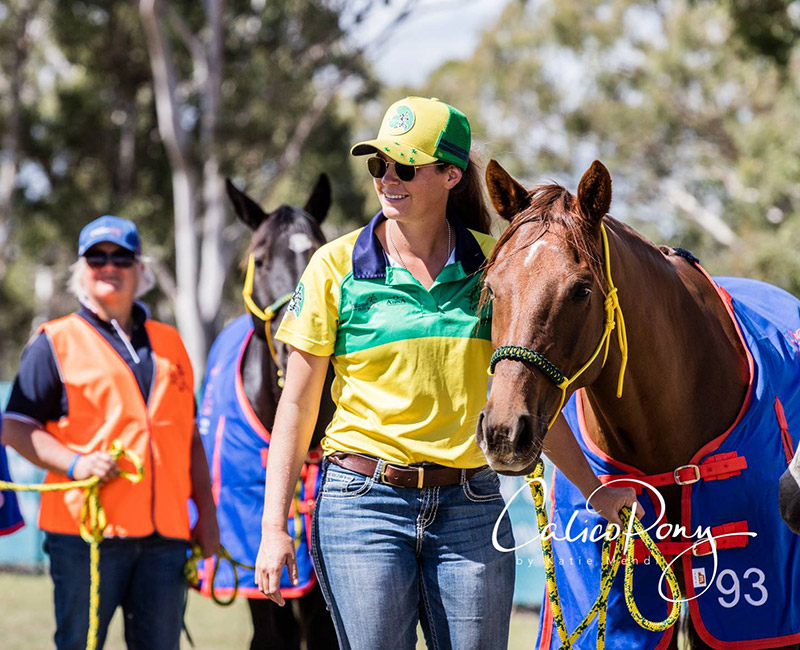 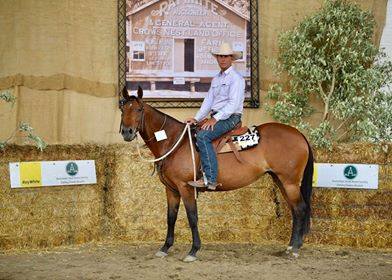 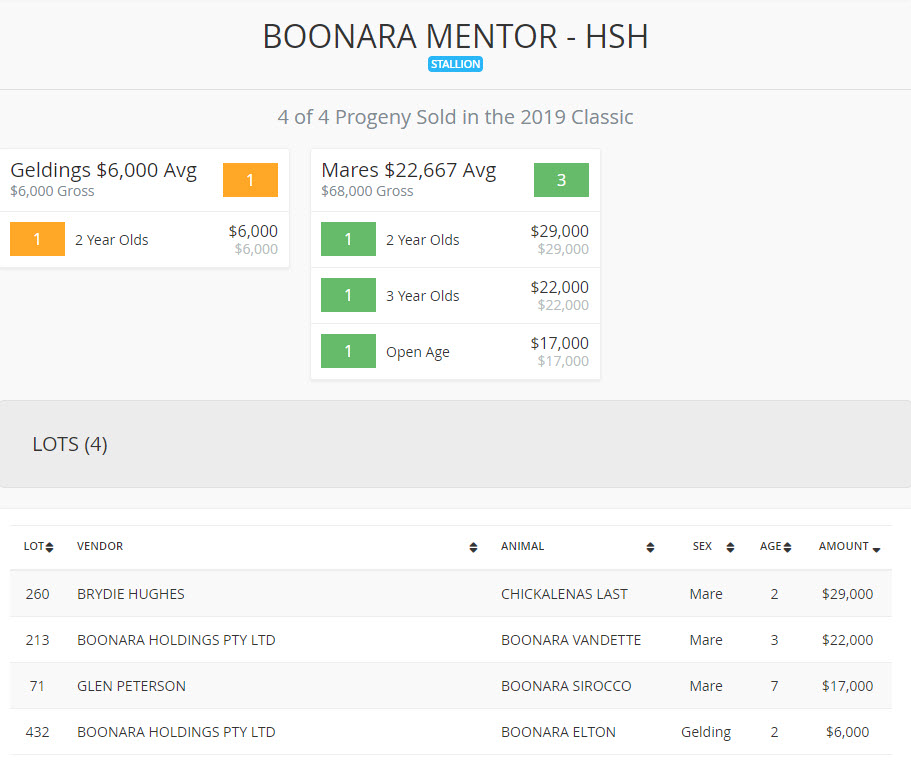 Congratulations to Huon & Colleen Smith on the sale of their beautiful 8 yo Boonara Mentor mare Lot 49 – Boonara Burlesque. She sold for $20,000 to Will McCamley, Dingo QLD.www.selectsires.com.au/stallion/boonara-mentorDalby Australian Stock Horse Sale 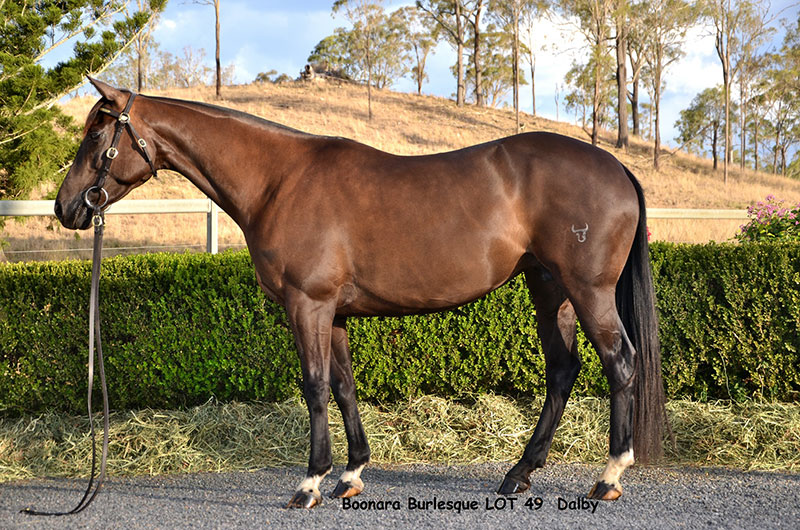 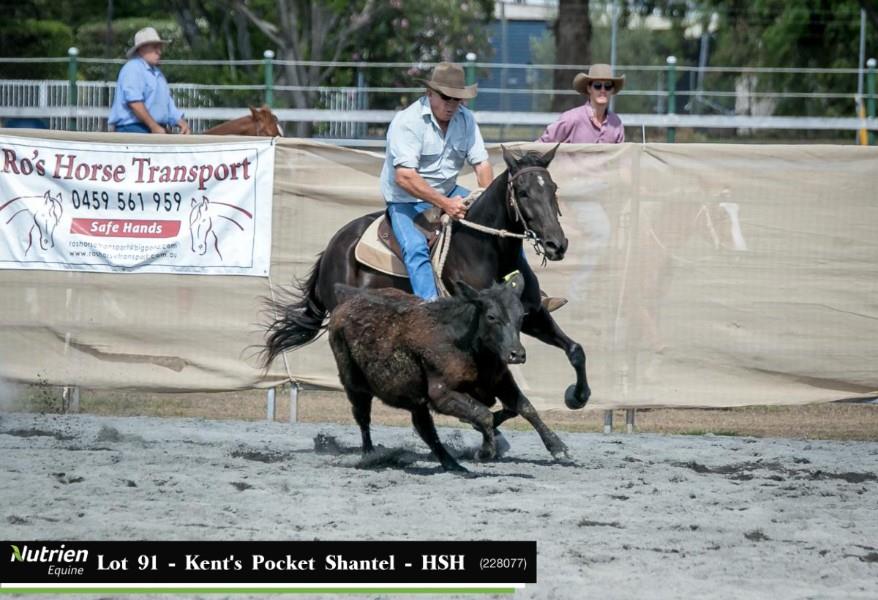 Boonara Mentor is by the top Campdrafting stallion, Dogwood Comet and his two Grandsires are the legendary Warrenbri Romeo and Elliotts Creek Cadet. He also features the bloodlines of foundation sire Humewood Millman and the well-performed impact sire, Rivoli Ray.

Dogwood Comet started drafting at 4 years old, but a potential career was cut short when he lost an eye in an accident at the truck and was retired to stud duties.

After seven years Terry & Chrissie Hall decided to retry him and he was just as he always was. He was better with left hand courses as he could get his bearings better, but his will and commitment showed the character of the horse to perform so well with his disability. They took him on a trip to the Territory where he won a Progressive Draft and then he was retired again. 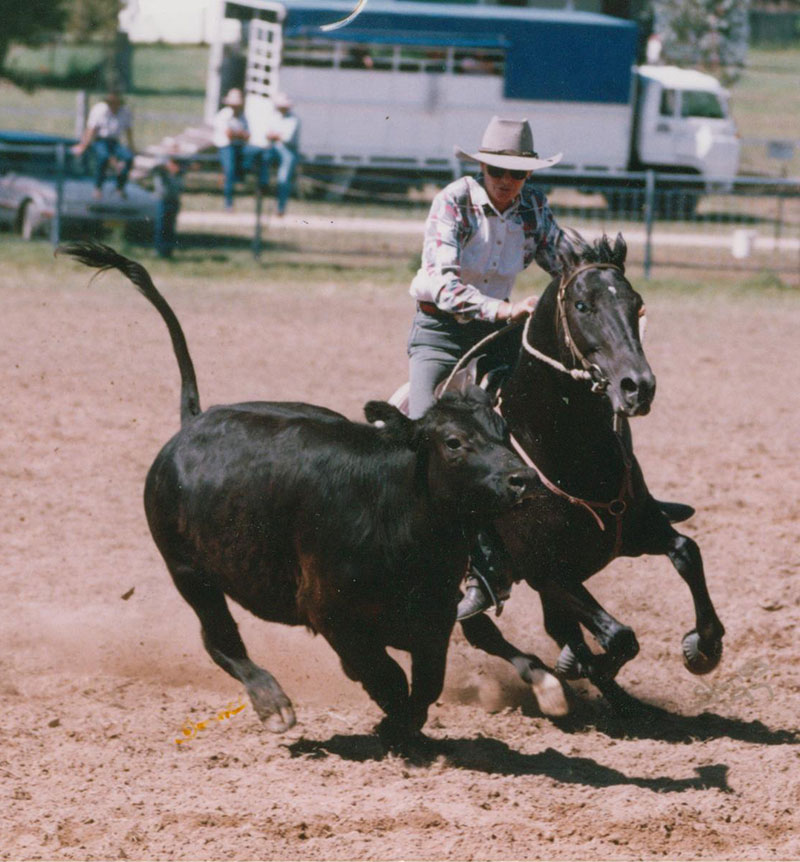 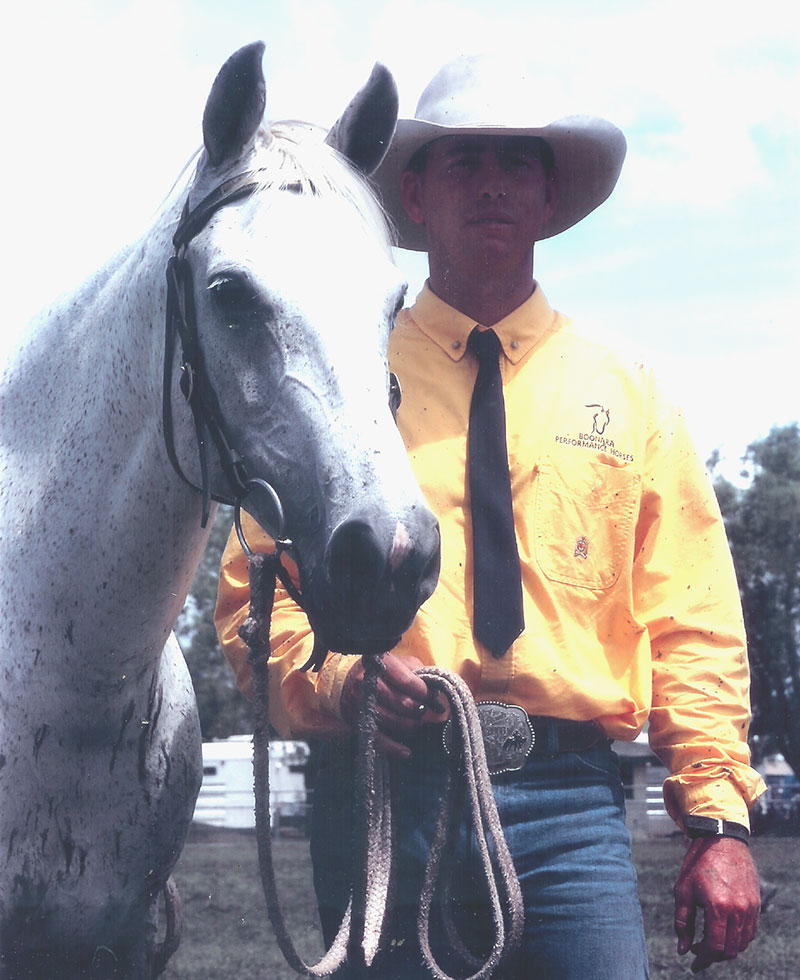 Warrenbri Romeo has undoubtedly been one of the greatest genetic influences in campdrafting bloodlines in Australia.

During his lifetime he was the dominant sire and his daughters and granddaughters have become very valuable assets to the industry.

His legacy remains today as a strong and influential gene pool with many of todays champions carrying the “Warrenbri Romeo” genes. 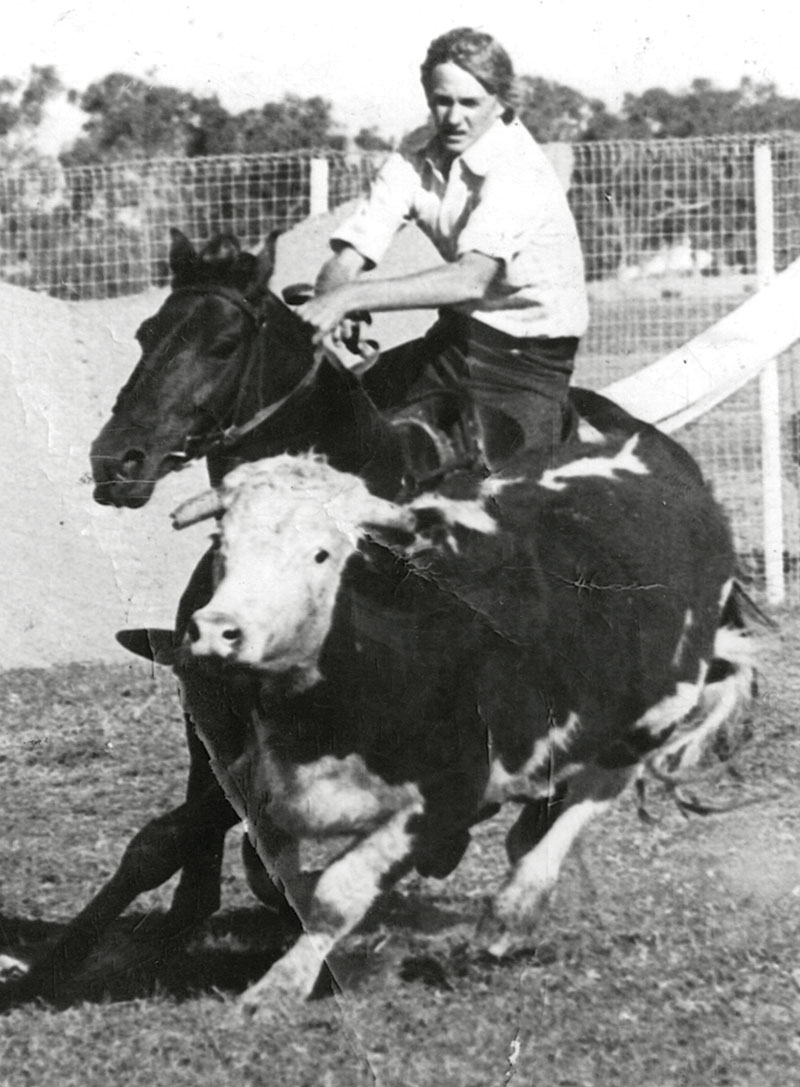 Elliotts Creek Cadet is an influential stallion who sired more than 50 successful sire sons.  He was a star performer who produced star performers.  He retired at 8 yo but commanded such respect in that short time that he served a full book of mares for the next 20 years, with an ever increasing service fee. 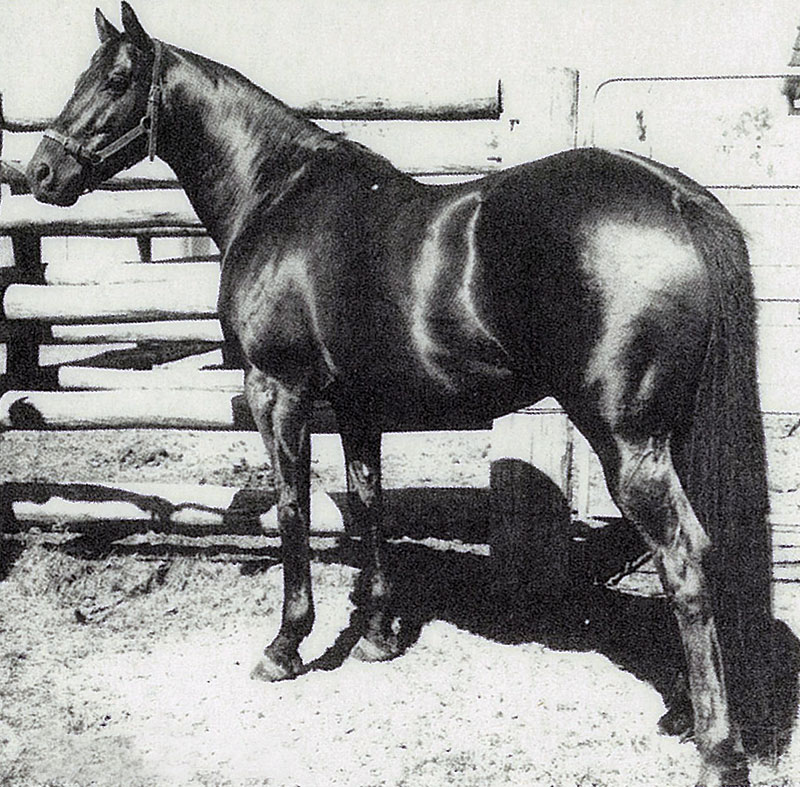 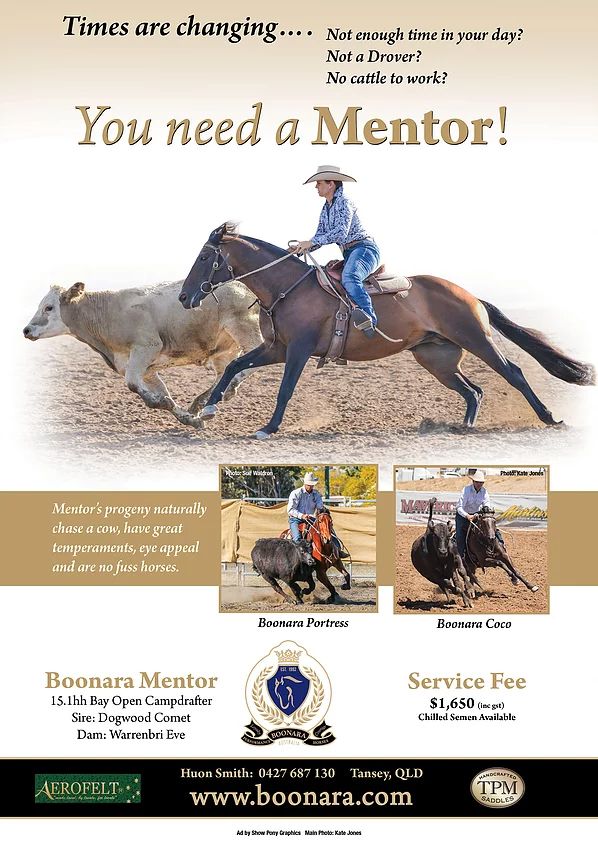 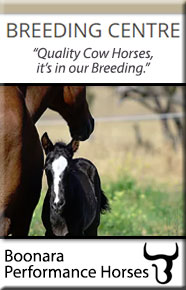 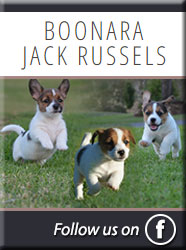 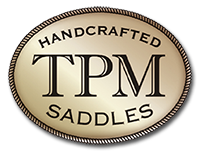