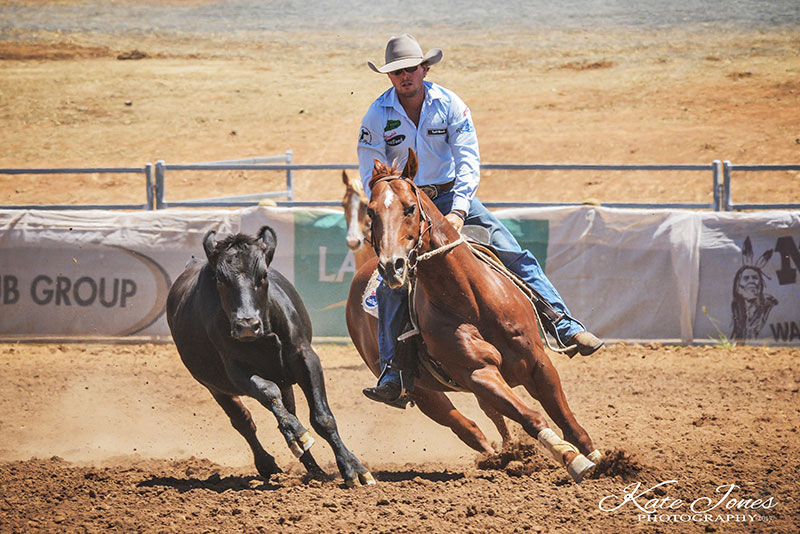 2019 Landmark Classic Winner & Challenge Champion.  First time anyone has ever won both in the same event.

Wyatt Young started life like many other fantastic trainers, in the saddle. What sets Wyatt apart is his youth. At just 22 years of age, Wyatt is quickly making a name for himself as a top professional trainer.

Wyatt grew up in the mid north coast’s cattle country at Gloucester NSW and spent his early years riding and showing the family’s Cedervale stockhorses. Wyatt’s parents Craig and Jenelle Young established the Cedervale stockhorse stud in 1987.  Wyatt was born into the industry, and like most of Australia’s great horseman, pony club was an important building block in Wyatt’s riding career.

Alongside the stockhorse stud, the family also run a beef cattle enterprise, and so Wyatt’s love of stock horses and their versatility comes as no surprise. The stock horse is well known for its superior performance in work and leisure competitions, and Wyatt spent his early years competing in both stock horse classes and camp drafts, as well as utilising their horses as essential tools in his family’s beef cattle operation.

In April 2013, Wyatt and his family made the move from Gloucester to Tamworth.

Tamworth’s central location gave Wyatt greater access to competitions, and whilst the family still runs their beef cattle operation at Gloucester, the move to Tamworth allowed Wyatt to start taking outside horses to train. His commitment and dedication to his sport, and to his chosen profession was evident even at this young age, as Wyatt was completing his high school education when he took in his first outside horses.

Wyatt has a real affinity with young horses, developed from years of working with his family’s own stock horse stud. Growing up on an Australian Stockhorse stud, there were always plenty of young horses coming along that needed to be handled, broken in and trained, not only to compete on but to take to work on the family property. The success of the Cedervale Stockhorses is a definite indication that Wyatt’s training and handling methods are not only effective but very successful. Cedervale stockhorses have won numerous awards in both the Campdrafting arena and the show ring.

Wyatt’s move from Gloucester to Tamworth coincided with him winning the ABCRA Juvenile rider of the year award. That same year Cedervale Jekyllin, a Cedervale bred horse won the all-round campdraft horse of the year, a particularly sweet win for Wyatt as he had prepared and trained him for many years himself. These achievements still stand out as Wyatt’s fondest and proudest to date.

Wyatt acknowledges that his success can be attributed to the many people who have helped and guided him along the way: his parents, Michael Wilson, Al Dunning, Gerald O’Brien,  Ross Green, Allan Young and Troy Palmer.  Whether it was help with young horses, older horses or on competition day, each have helped shape his future and he’s very grateful for their continued support. 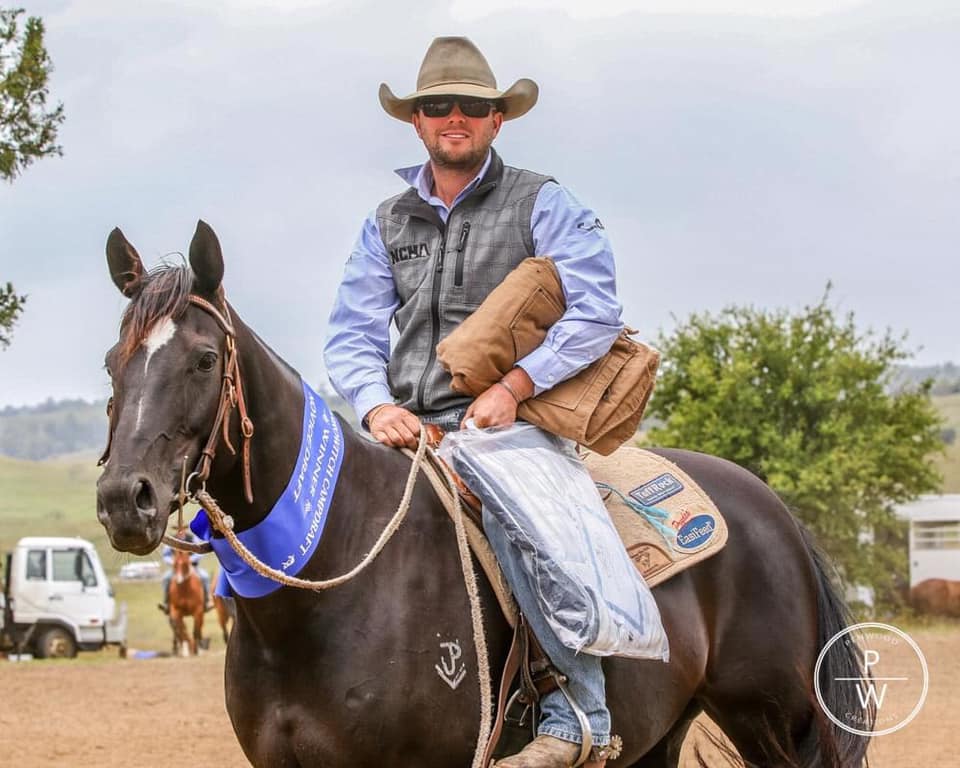 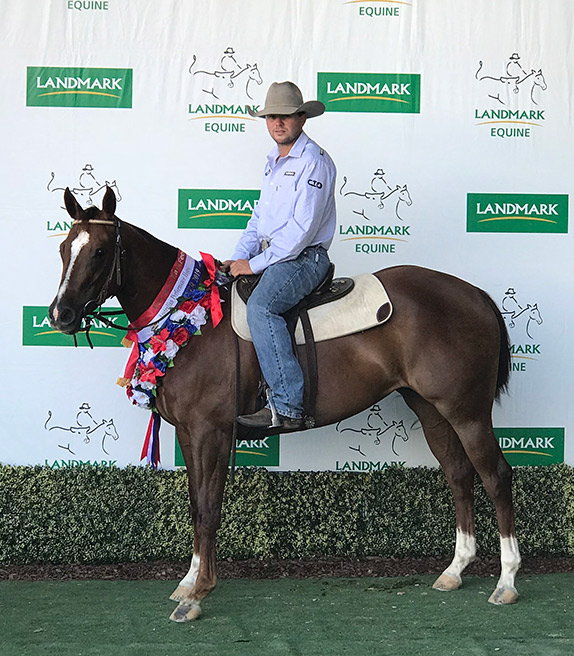 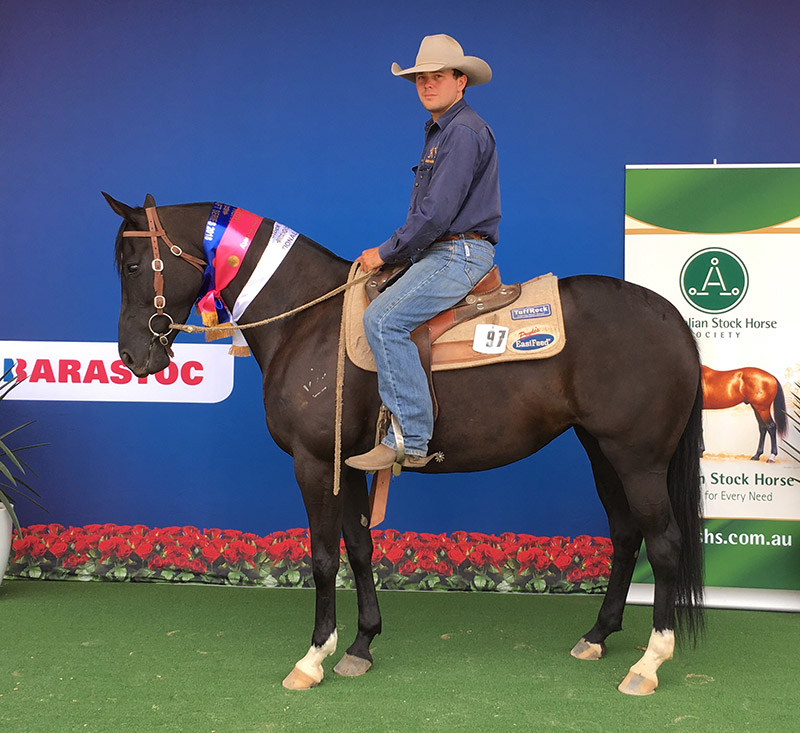 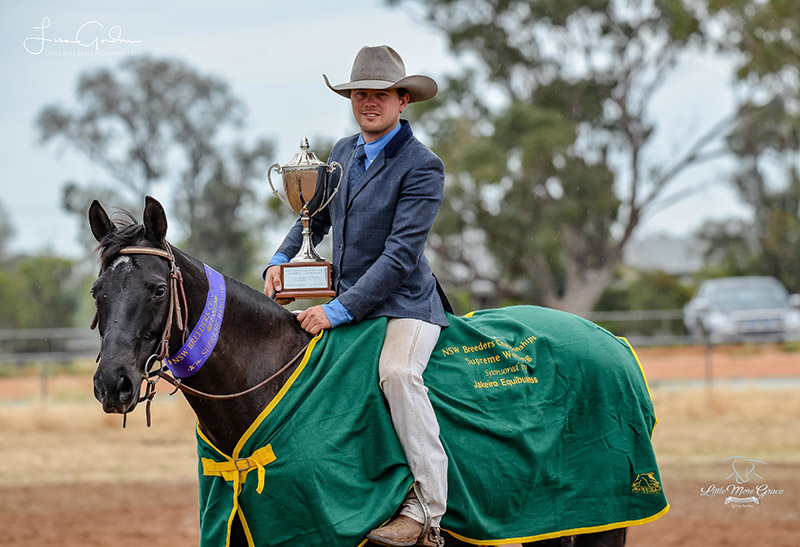 In 2012 Wyatt won the ABCRA Juvenile Rider and is very grateful to the owners of the horses that contributed to the title win.  Included are: 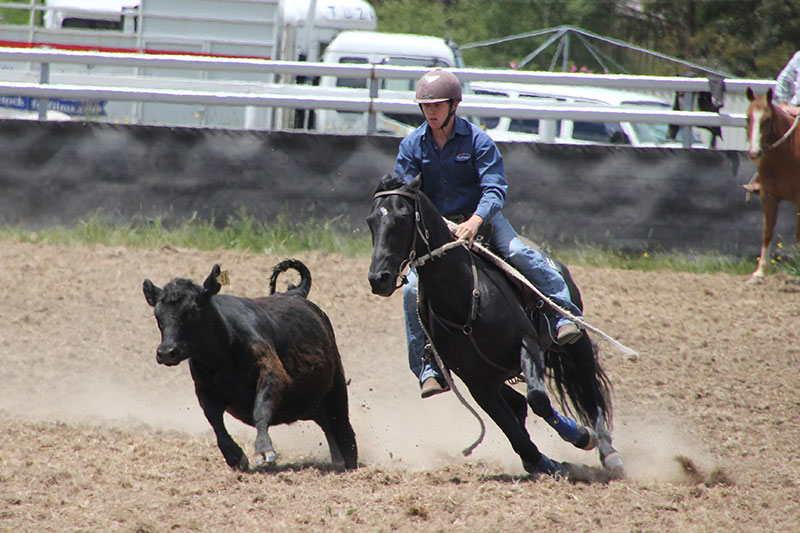 The Wyatt Young Training Centre is ideally located at Loomberah just out of Tamworth with easy access to expert equine veterinarians, farriers, chiropractors and dentists, ensuring that the best possible care is given to each individual horse.

Wyatt has facilities for up to 13 horses at any given time, and he makes use of a full-time employee to assist him in his business.

The well appointed facilities at Wyatt’s Loomberah Training centre include a 6 horse walker, 5 shelters with day yards, 8 single horse day yards and 5 shared turn out paddocks, providing a safe and secure environment in which to train and accommodate the horses in his care. Wyatt utilises a 30m x 40m sand arena, a fully equipped campdraft arena and round yard, coupled with bison and cattle to train campdraft and snafflebit horses. He also makes use of these facilities to prepare ASH horses for the show ring.

Wyatt believes in taking things as slow as necessary to ensure each horse improves in confidence in its chosen discipline.

Wyatt develops a flexible training program individually tailored to each horse, and regularly communicates with owners, providing them with updates.

First draft back after the winter break was Maules Creek/Boggabri Draft. All horses worked well with Binnia Milan coming home with 2nd in maiden A with an 89. Congratulations to Heidi Smith taking home the blue ribbon.Great little draft, good cattle. Was a pleasure to judge the novice and congratulations to Laura Macintosh for taking the win on Conmaide. Thanks again to Prydes Easifeed, Tuffrock, Rip-Roarin, Hidez Suits and Winning edge Saddlery for the ongoing support.

Whos Top Cat's Thrills and near Spills made for great entertainment at the 2017 Landmark Classic. http://bit.ly/Whos_Top_CatToppy made his presence known, working his heart out in the Cutout yard, scoring 23 & above in 5 out of 7 cutouts.He finished 10th in the Young Guns with Wyatt Young and an "Oops moment" & spectacular recovery by Troy Palmer in the Stallion Shootout final, thrilled the cheering crowd.Richard Bull, Tamarang, Lauren Denmead, Fi Palmer, Wyatt Young Equine

23 horses will be presented at this year’s Nutrien Classic Horse Sale.