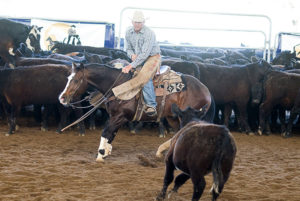 Steve Smith is a dedicated horseman with a passion for what he does best, breaking horses.  Born and raised in the Gumdale area, west of Brisbane he has always been a horse fanatic.  As a youngster he was always around horses and soon found a way to be involved in what has become his life’s occupation.

Early in his teenager years he started helping a western pleasure breaker and trainer, Robbie Wright. He accredits Robbie with being a big influence on his current breaking style. He feels that the Western Pleasure discipline requires horses to accept their training with a certain awareness of their rider and their surrounds before they continue into their education.  This brokeness is something Steve still aims to achieve with every horse he starts.

After a short time shearing as a young man, he started working full time on a property west of Goondiwindi. As an after hours diversion he started breaking in horses for Phil Dawson and soon by word of mouth he had up to 6 breakers all the time for various owners.

His reputation continued to grow and he soon had more horses than he was able to handle on a part time basis, so after 13 years on the property Steve and Stacey decided to move on to their own property, ”Waldron”, and Steve would set up as a full time horse breaker. With the support of Stacey and their three children, Phillip, Tom and Lillian, his business prospered.

Steve’s ambition was to keep riding and doing a good job on the horses that passed through his facilities. He enjoyed watching the horses he started continue on and seeing them perform at the top level, such as the 2013 & 2016  NCHA Futurities where two of his breakers, Foo Licious & Moore Metal won the Futurity and in 2018 the DDCC Futurity saw Shines Like Metallic win.

In October 2018 Steve decided to go Pro, it was a natural progression. It was business as usual for Steve with his breaking in program with the added bonus of him being able to train horses as well as start young horses on cattle & Sale prep.

Steve now handles up to 20 breakers at a time with a standard format to his breaking program.  Steve likes to keep his breakers for 6 to 8 weeks and rides them six days a week. His motto is “every ride counts” and this is his philosophy. He ensures that every day some positive ground has been made. That leaves the horse in a good spot at the end of their program with a foundation that will stick through whatever discipline they are directed into. It is important that they have a level of discipline that they accept.

Although his main clients remain from the cutting field, he also breaks campdraft horses and whatever comes. This has included Warmbloods, Thoroughbreds and a little bit of everything.

Steve’s facilities are purpose built to ensure safe preparations for all horses with individual paddocks and lanes between paddocks to minimalise paddock friction. Sanded arenas, round yards covered tie up rail ensure horses are protected from the elements as much as is practical. 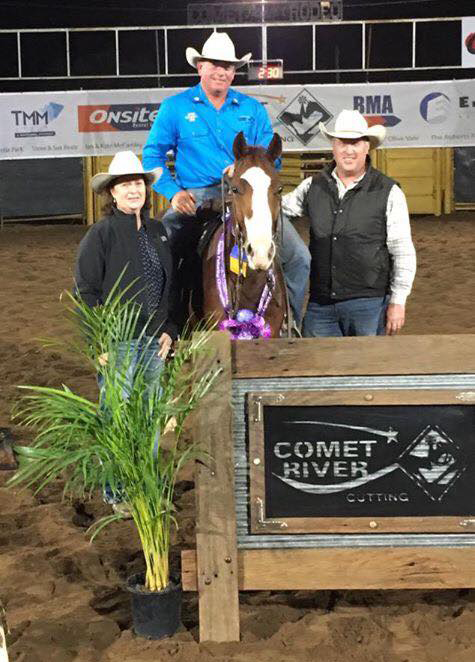 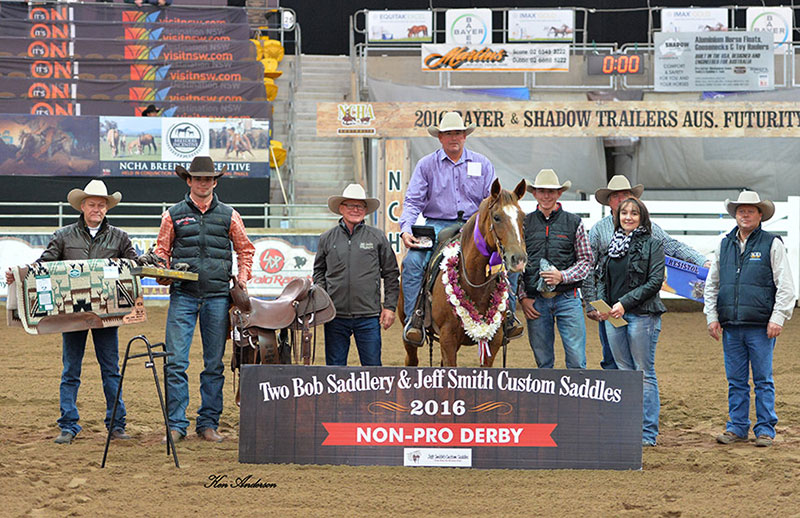 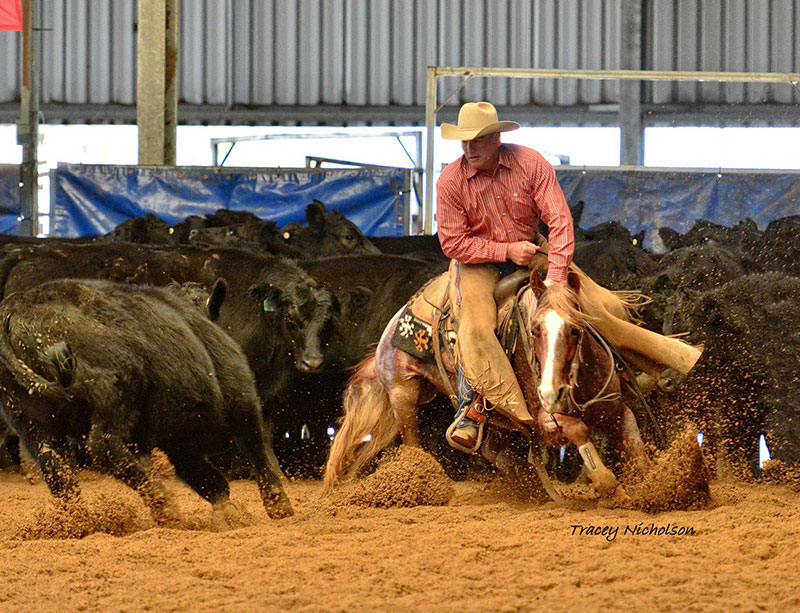 This beautiful mare has accomplished so much.  She won in excess of $40,000.  Highlights include: 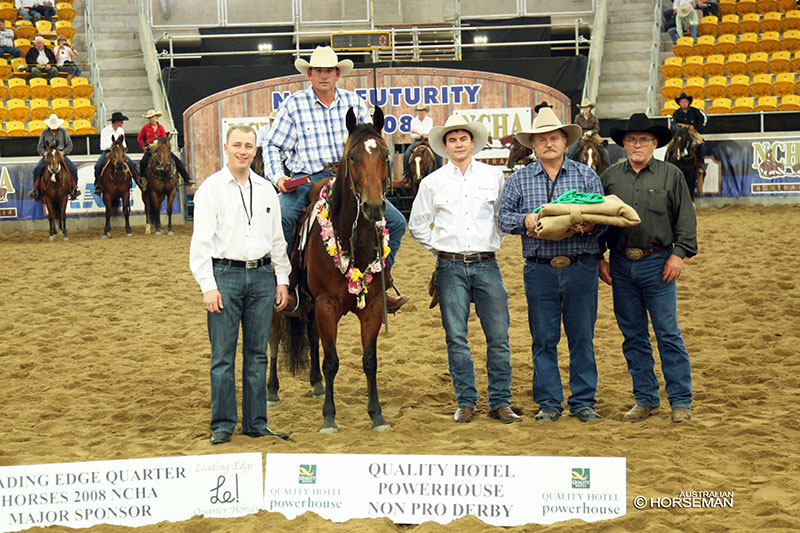 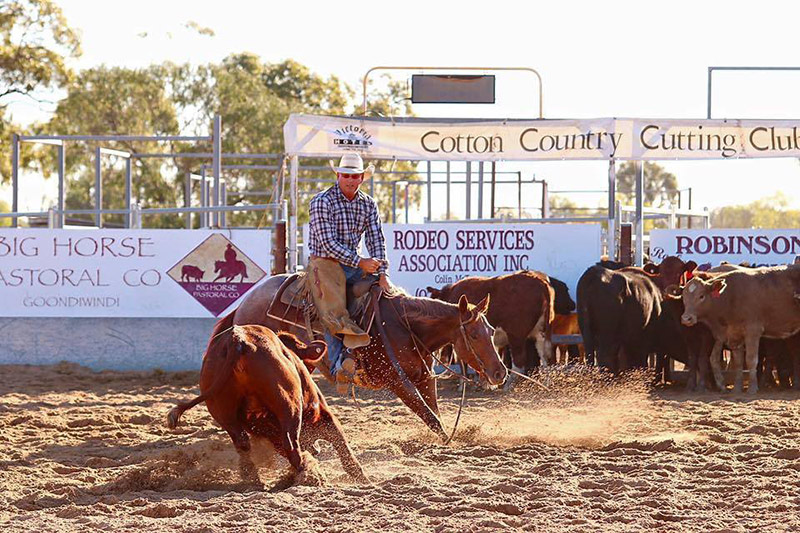 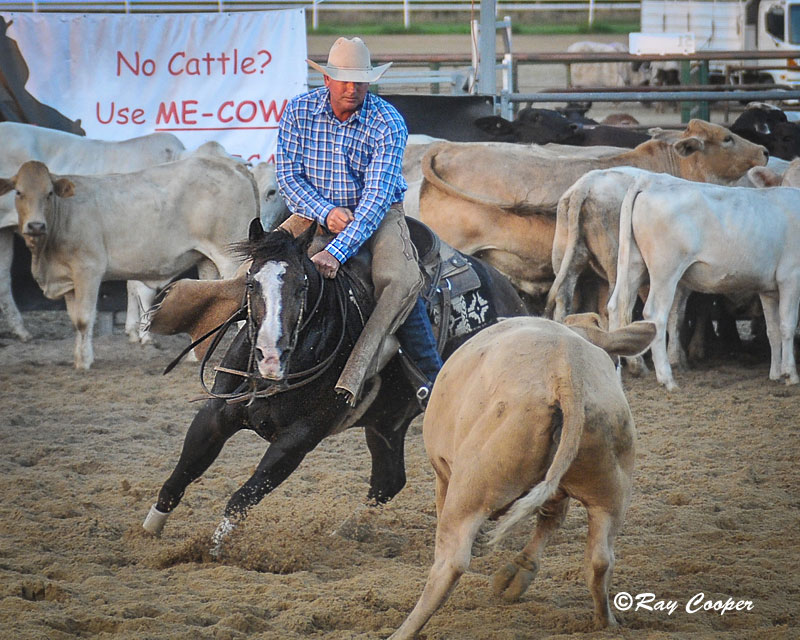 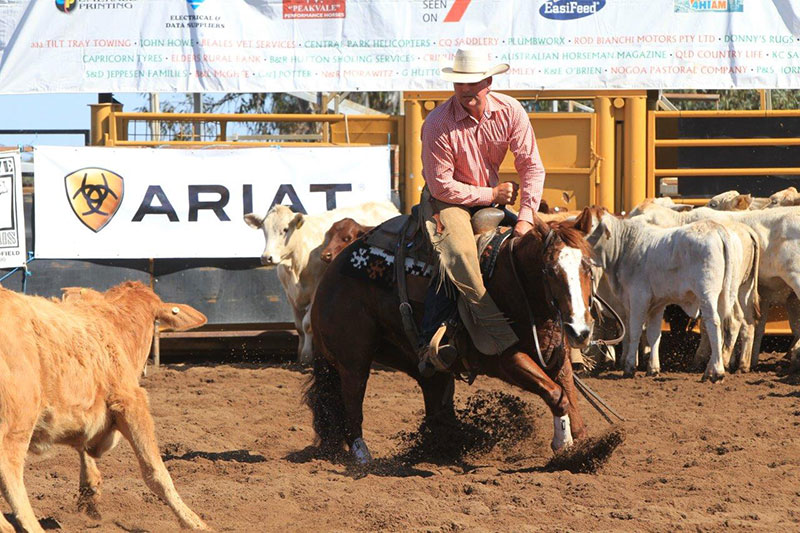 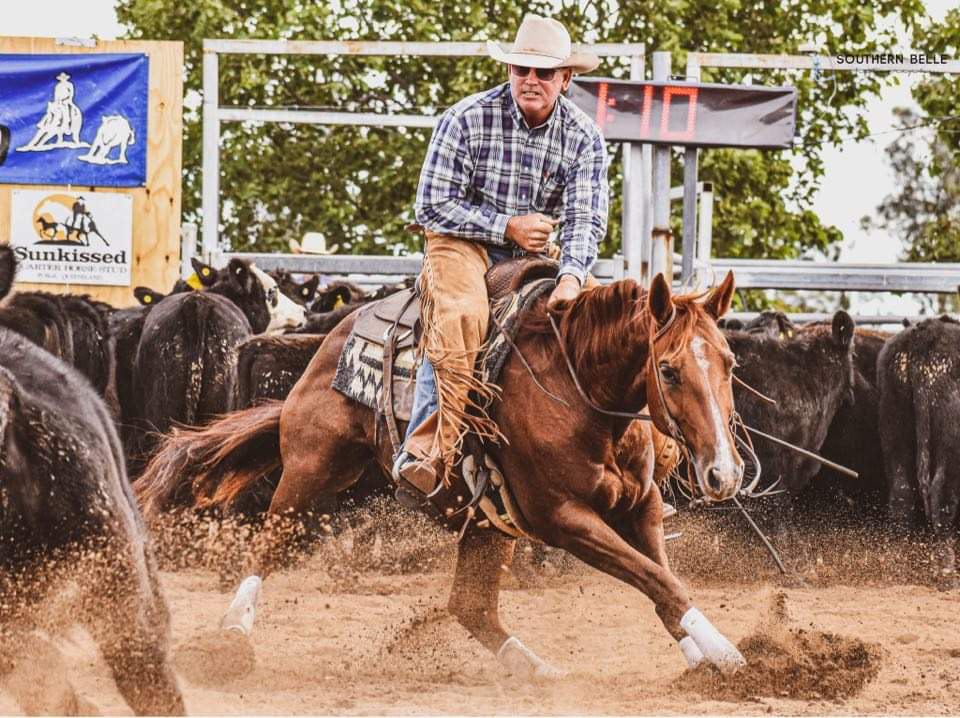 If You Want To Play In Texas 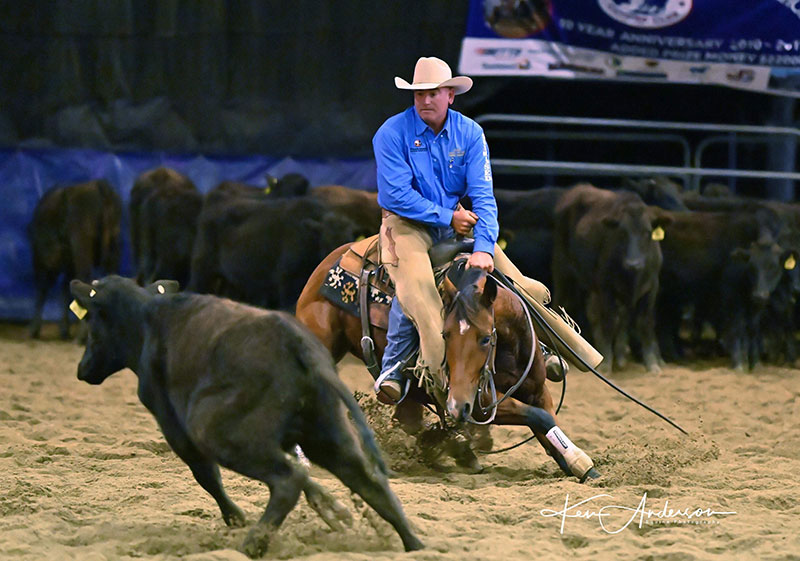 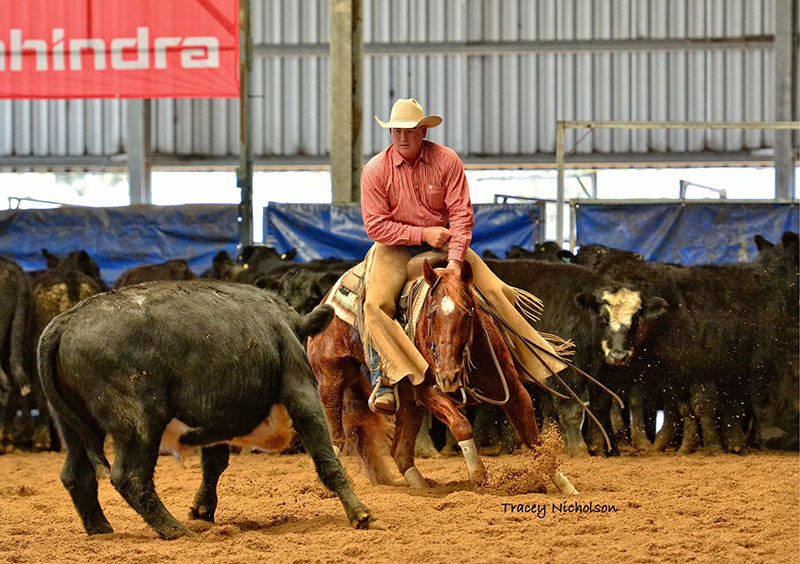 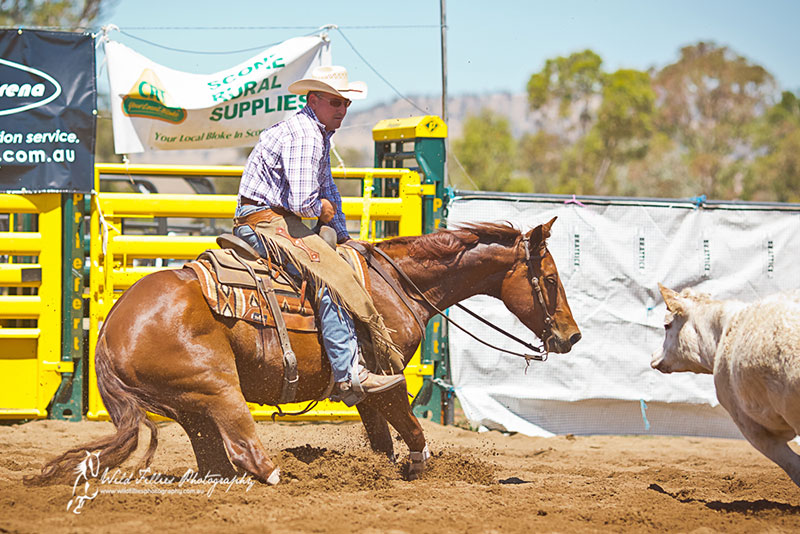 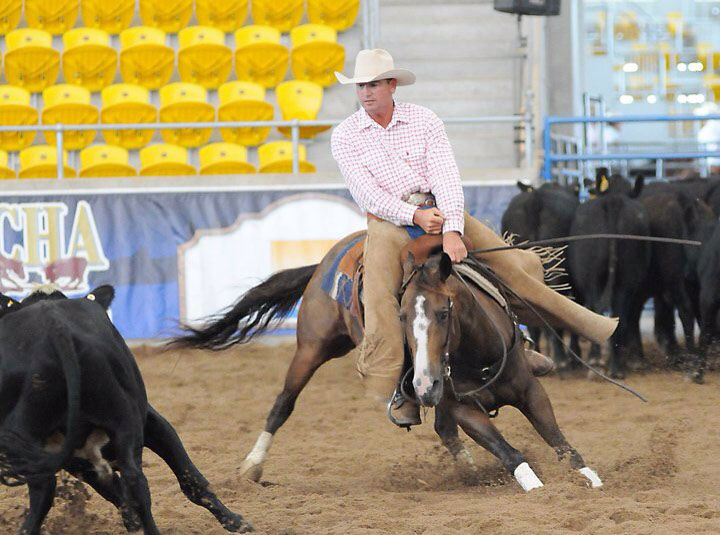 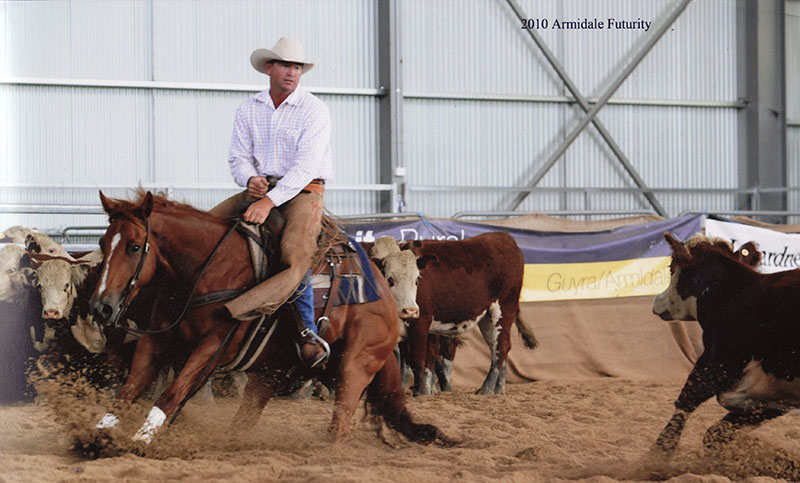 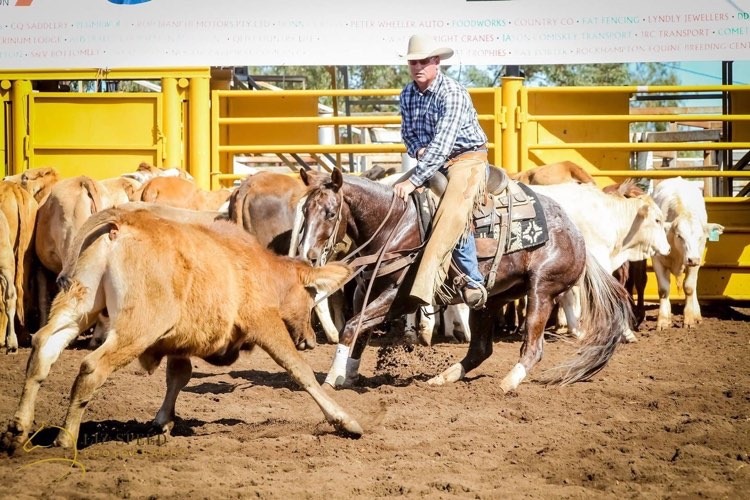 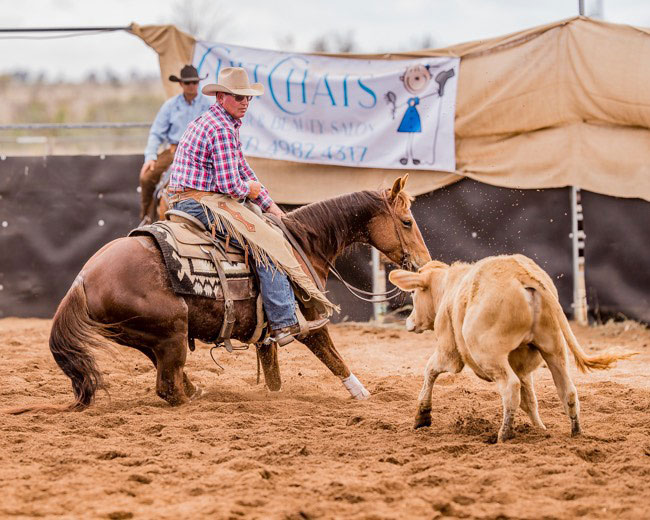 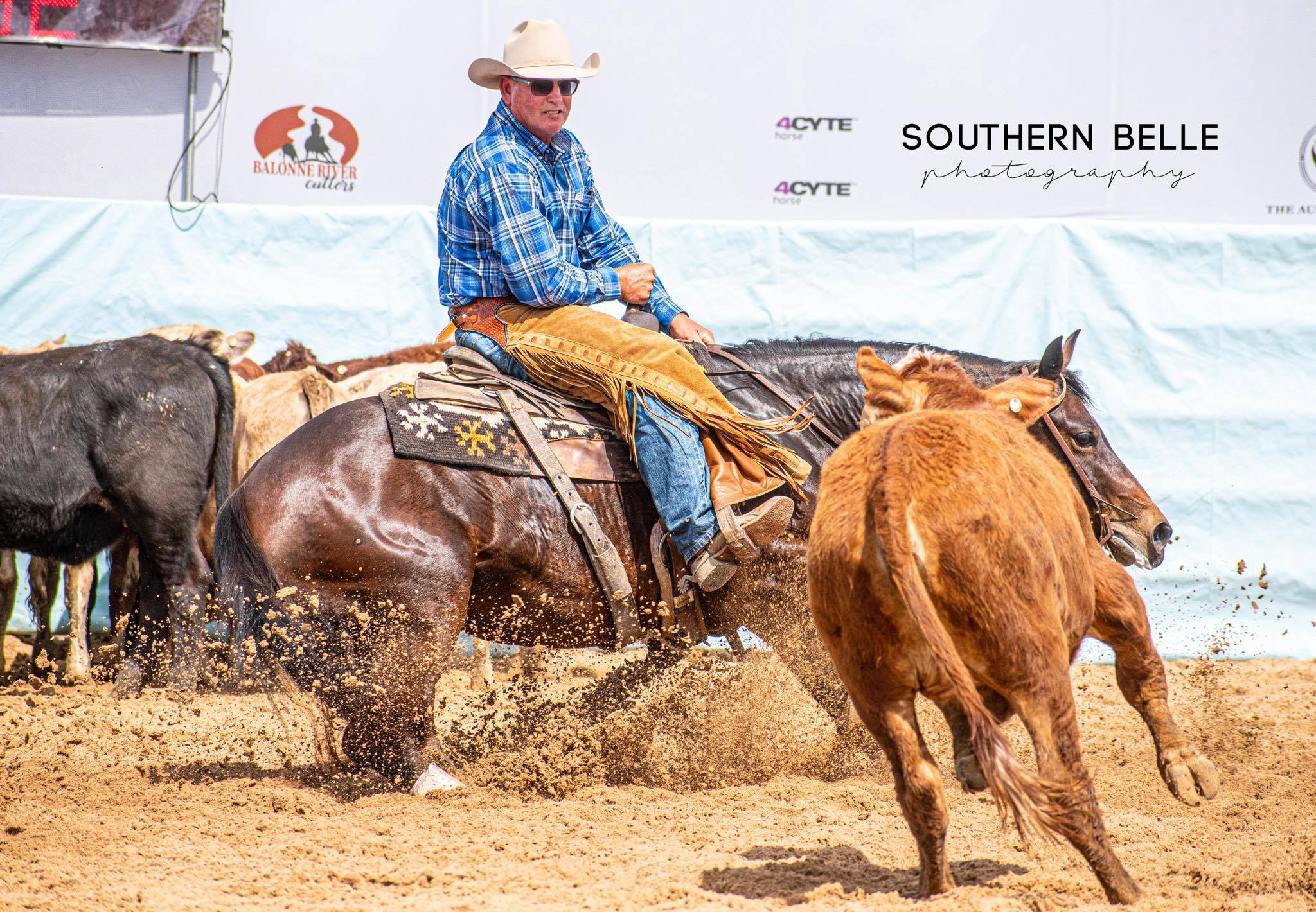 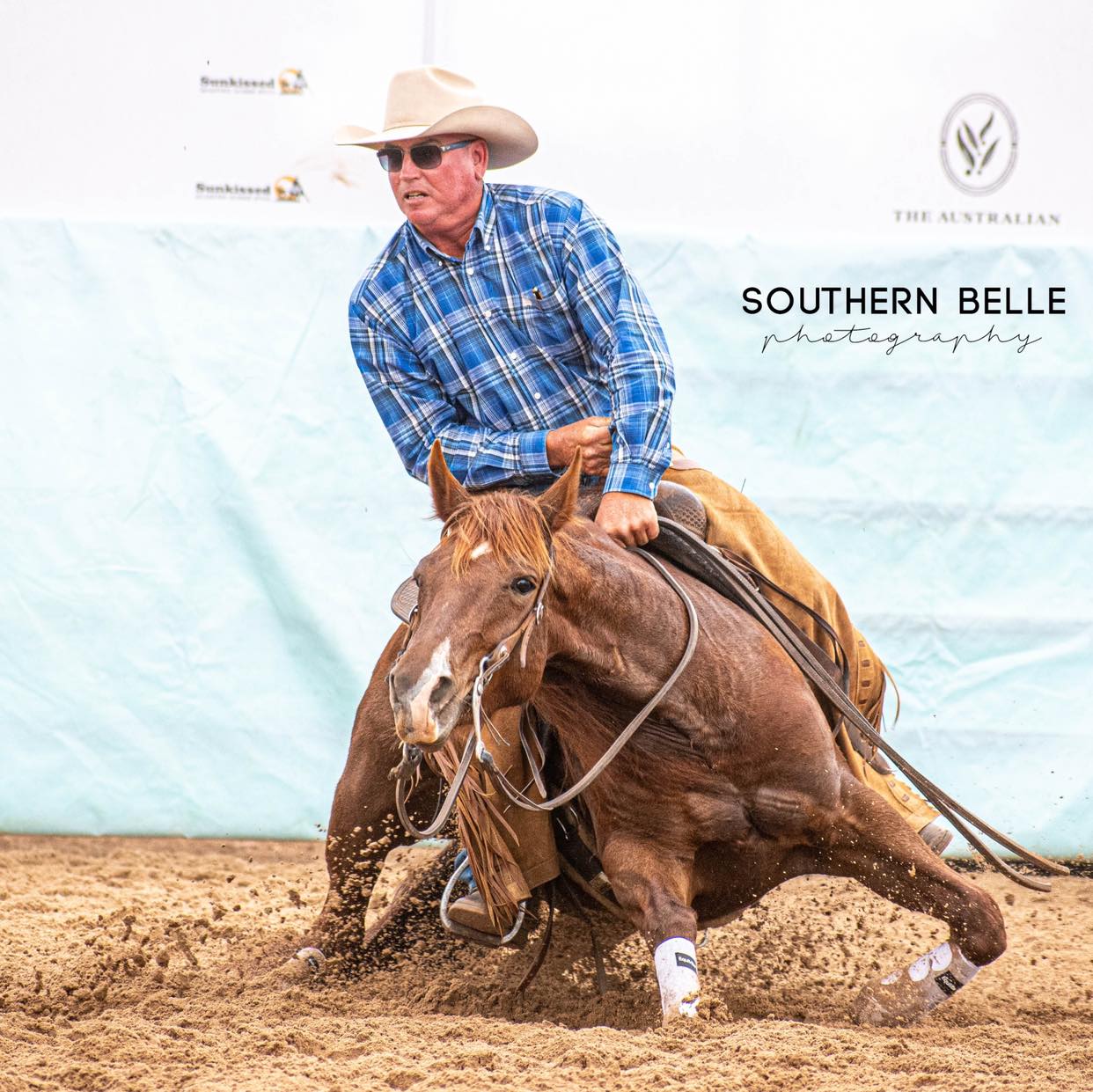 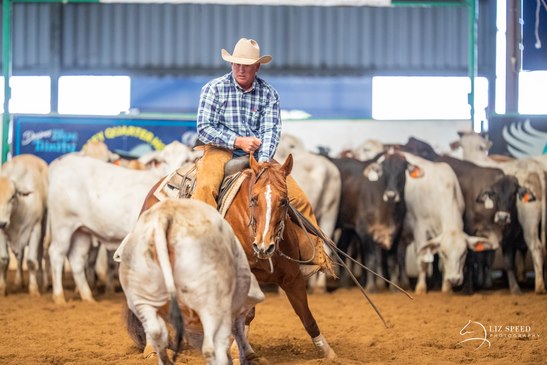 Horses broken in by Steve
+

Steve broke in a great little gelding BABY CARLOS for his son Phillip. 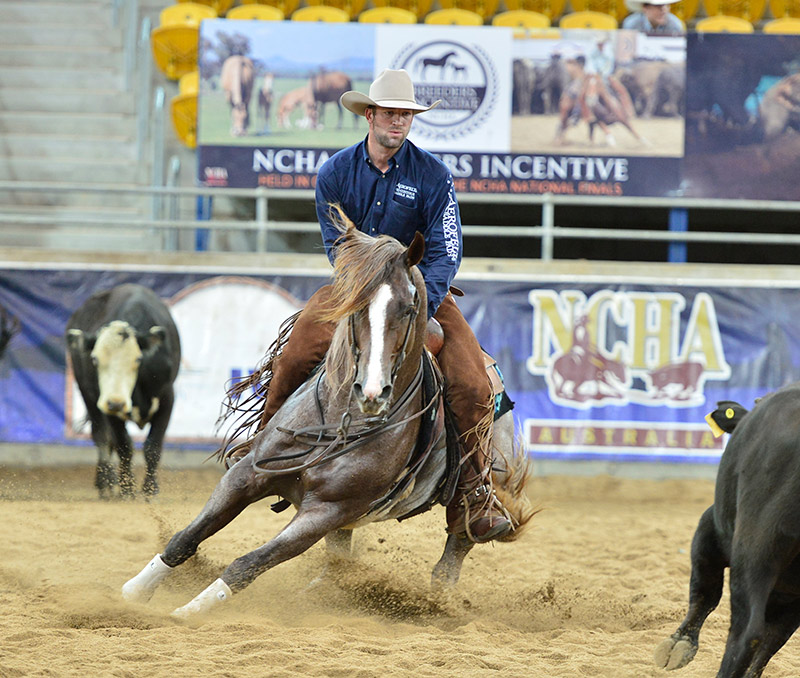 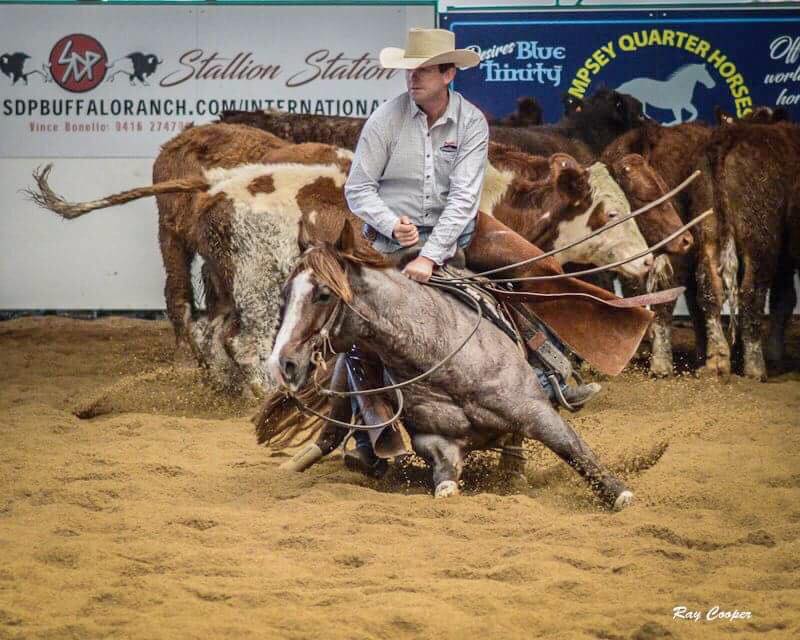 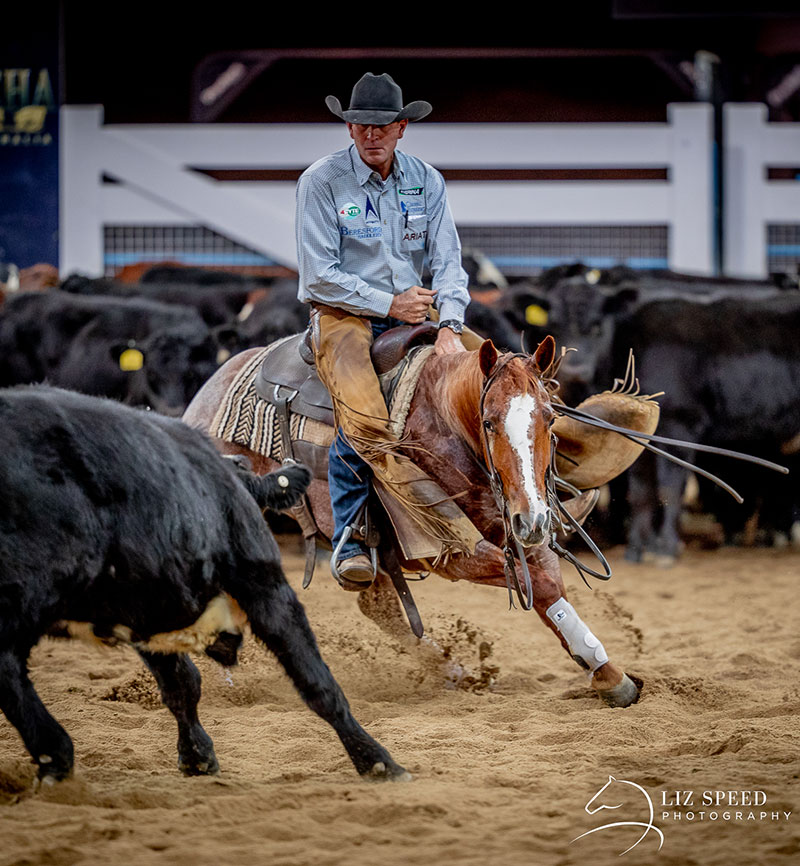 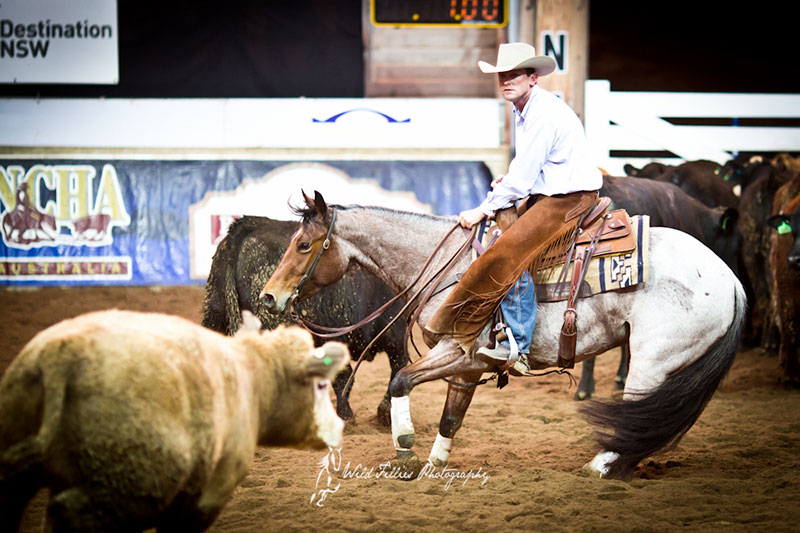 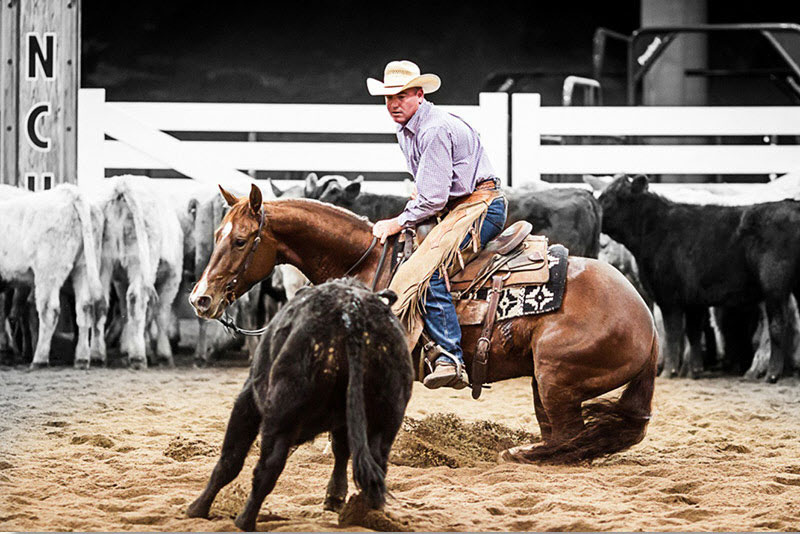 Horses broken in by Steve 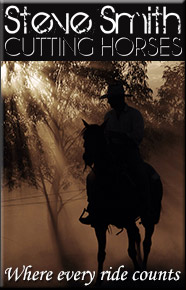