Steve & Louise Comiskey
Keep it together! 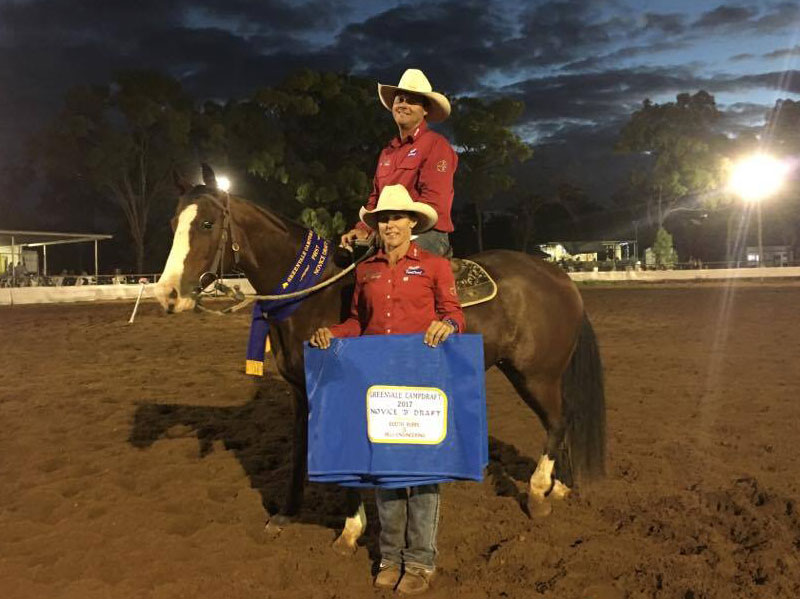 Steve grew up on the family property at Lyra Park, Capella, and from as early as Steve can remember, everybody in the family was always highly involved with campdrafting. Steve’s earliest campdrafting memories are of his father, Peter, being a very successful campdraft competitor with a team of home bred and educated horses. Meanwhile older brother Pete Junior was an up and coming champion and was winning the ACA Junior Rider of the Year Title.

As Steve grew older he followed in the family tradition and started campdrafting as a Junior. He remained in older brother Pete’s shadow for many years as Pete won ACA Open Rider of the Year, year after year after year.

Meanwhile Steve was focused on his own career and under the guidance of both his father and older brother he was never far from the winners circle. In 2009 he achieved campdrafting’s biggest reward when he won the Warwick Gold Cup with Lyra Park Delta.

Louise had a similar childhood, being raised on the Rolfe family property, Cotherstone, a beautiful cattle property of 65,000 acres at Dysart, Queensland. The family spent many hours mustering and drafting cattle which Louise loved and which honed her skills as a competent horse and cattle woman.

The family didn’t compete at campdrafts so it wasn’t until she became involved with Steve that she began competing.

Steve and Louise now travel with their two young daughters, Darcy Rose and Lillie Lou, and they attend drafts throughout the country. They continue to operate their family property at Lyra Park, which provides the perfect opportunity for educating and preparing their team of horses. Louise loves helping Steve with training their horses and with the girls getting older, they will continue to grow their love of horses within their family.

Steve has recently extended his involvement in his sport and has started conducting Campdraft Clinics. 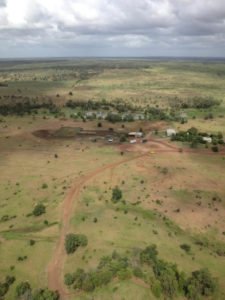 He started by having close friends and neighbours coming to Lyra Park for practice days, which were immediately successful as Steve and Louise have excellent arena facilities (see opposite) and the availability of fresh cattle on the property. Steve also has a calm and efficient method of approaching his campdrafting and he is able to explain his methods and techniques in the same simple way.

These schools have gained popularity so Steve and Louise have expand this part of their annual program, conducting regular schools in various locations around the country with between 15 to 20 students per weekend school.

People wishing to hold a school or attend should contact Louise direct for details:

Steve & Louise consistently win and place in drafts week in, week out, it’s impossible to keep up with their achievements.  However highlights include: 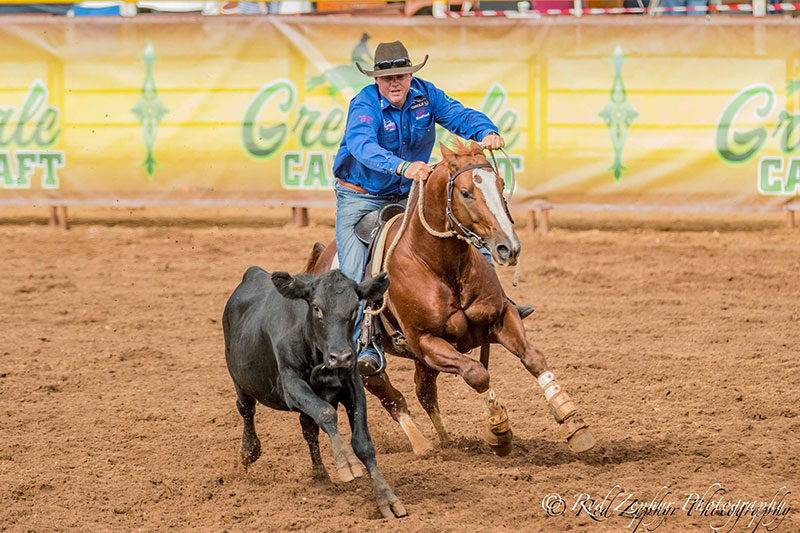 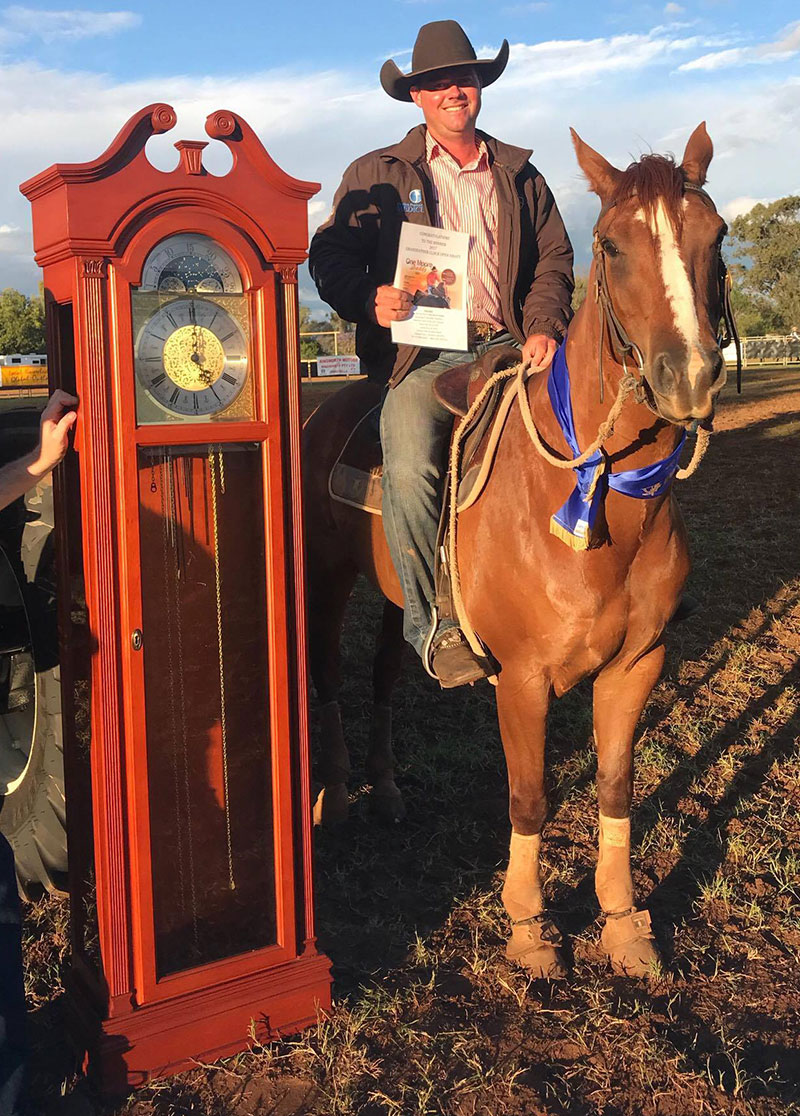 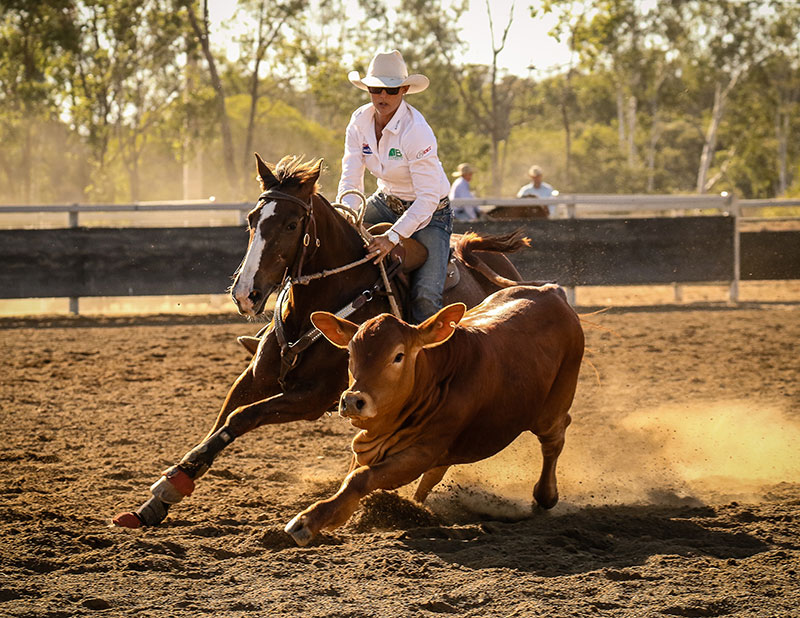 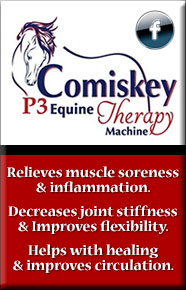