Rob Leach Equine
A solid foundation is the key to success 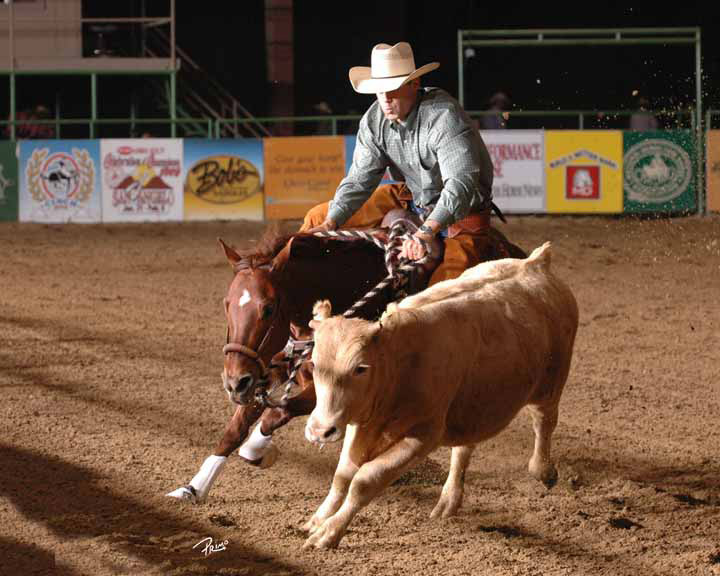 Rob Leach is a master horse trainer with firm views on how things should be done. His versatility in achievements as a horseman are testament to his belief that a solid foundation is the key to success in any discipline. But it hasn’t been through lack of pure determination and hard work that he has come this far since his humble beginnings in the horse industry.

Raised on a small property near Mansfield, Victoria, Rob competed in Pony Club, mountain racing and campdrafting. His passion for horses, but limited “horse-power,” evoked Rob’s determination to have better horses, igniting a keen interest in training.

Rob left school at age 15 with the idea of becoming a horse trainer, but no idea how to go about it. Fortune intervened and he moved in with Jimmy Mathews to start his working life. He worked for Jimmy and son, Raymond, breaking in thoroughbreds for the track and helping with cattle work.

Rob and Jimmy forged an instant bond and the iconic cattleman was to shape Rob’s life. When he was 18, Jimmy directed Rob to the Northern Territory where he ended up running stockcamps at Newry and Argyle Stations whilst doing their breakers in the wet season.

Full-time breaking was next for Rob, and at 21, he had already broken in over 300 horses for large pastoral companies in the N.T., including CPC, Tejas and Heytesbury.

Rob then enlisted the assistance of Tom Curtain and together they Broke in 60 horses in six weeks at Mt Sanford before Rob took a position managing Welltree Station for his future father-in-law, John Quintana.

In 2004, Rob and his wife Lee took a trip to the States where they stayed for the next seven years. Rob became involved in the cow horse industry through his job at the Twissleman Ranch in California, starting and training horses for The Ranch’s annual production sale, specialising in Team Roping, Cutting and Working Cow Horses. He then spent time with NRCHA Champion Jake Gorrell, and started competing in the NRCHA. Straight off the mark, he won a world championship at his debut Limited Open Snaffle-Bit Futurity in Reno, NV, with Pep N Coda Lena, a mare Rob started himself and purchased for a mere $3,000.

Quickly becoming one of the most recognised 2 yo trainers on the west coast, Rob and Lee decided to go out on their own and leased a training facility in Central California where Rob spent the next three years training Reined Cow Horses, averaging 25 client-horses and regularly finalling at the NRCHA aged events.

With California hit hard by the global financial crisis, the couple then decided to move to Texas where Rob ran 2 yo programs for clinician Chris Cox and Cutting Horse Trainer Roger Wagner.

In 2011, Rob, Lee and new son Grant, returned to Australia for family reasons and Rob found work for three years as the trainer and stud manager for SDM Quarter Horses.  During this time, he played an integral role in the purchase of One Time Royalty by SDM. A difficult time then commenced with Lee’s father passing away, followed by the loss also of SDM Owner Susan Marchant.

With time for a change, Rob and Lee moved to Tamworth. Rob took a breaking in contract at Tamarang for Richard Bull, where he had the privilege of starting “Salute,” Richard’s Smart Little Lena cloned stallion, who was an unbroken 8 yo at the time, along with a number of 2 yo’s by him.

He prepared Richard’s three horses for the Landmark Classic Sale, including the Wolf of Wall Street, a 2 yo Conman colt who made $65,000. He immediately liked the Landmark concept and wanted to specialise in preparing quality horses for vendors with a solid foundation for campdrafting, cutting and challenge events.

Terry and Chris Hall then entrusted Rob to prepare their Hall’s Stockhorses sale horses the following year and his connection with Landmark has grown from there with the highlight being the presentation of 2 yo stallion, “One Moore Metallic,” in 2017 for the record top sale price of $210,000. In 2018, he presented 11 horses for an average of over $50,000, and topped the sale with another 2 yo stallion, “Yavin Spinacat.”

Again in 2019 Rob presented the sale topper and set another Landmark record 2 yo filly “Yaven Smooth Spin” selling for $230,000

The long term future for Rob is to be competitive and be a better horseman. Over the last few years, he has been able to again fulfil his competitive ambitions through successes in campdrafting and stockman’s challenges. He believes he brings a different dimension to the usual campdraft training programs for young 2, 3 or 4 yo horses due to his reined cow horse background which demands more polish and professionalism.

He has trained many great horses, but is most proud of his mare, Pep N Coda Lena, whom he brought back to Australia with him. Not only has she won multiple NRCHA aged events in the U.S., but has now won open campdrafts, stockman’s challenges, reinings and also the occasional team roping.

Rob and Lee have recently purchased their own property at Attunga, north of  Tamworth, where they are building excellent facilities and already have a large undercover arena, stables and day yards to ensure the welfare of clients’ horses.

The Landmark Classic Sale will continue to be Rob’s main annual focus, while he will keep pursuing selected bigger drafts, stockman’s challenges and cuttings.

Rob has had a very successful show career to date, and is continually getting high caliber horses to compete across a variety of events.   Career highlights include:

Rob continually achieves in multi disciplines events and has won a multitude of Open, Novice and Maiden drafts since he started campdrafting again in 2015. 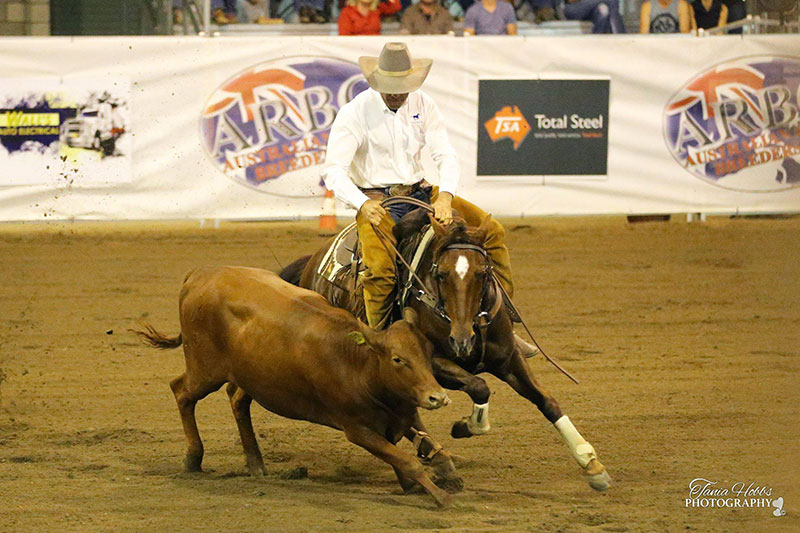 Winner of 5 out of 8 open campdrafts in 2017 and multiple novice and maiden wins. 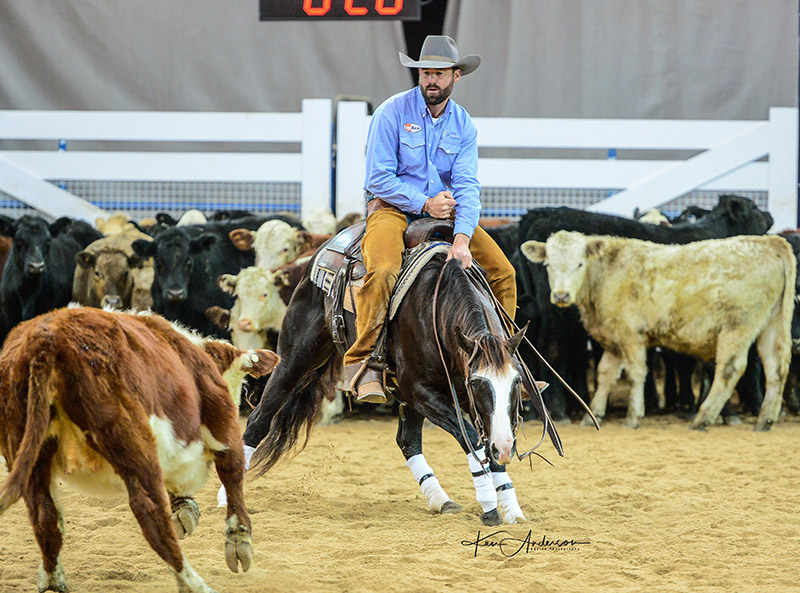 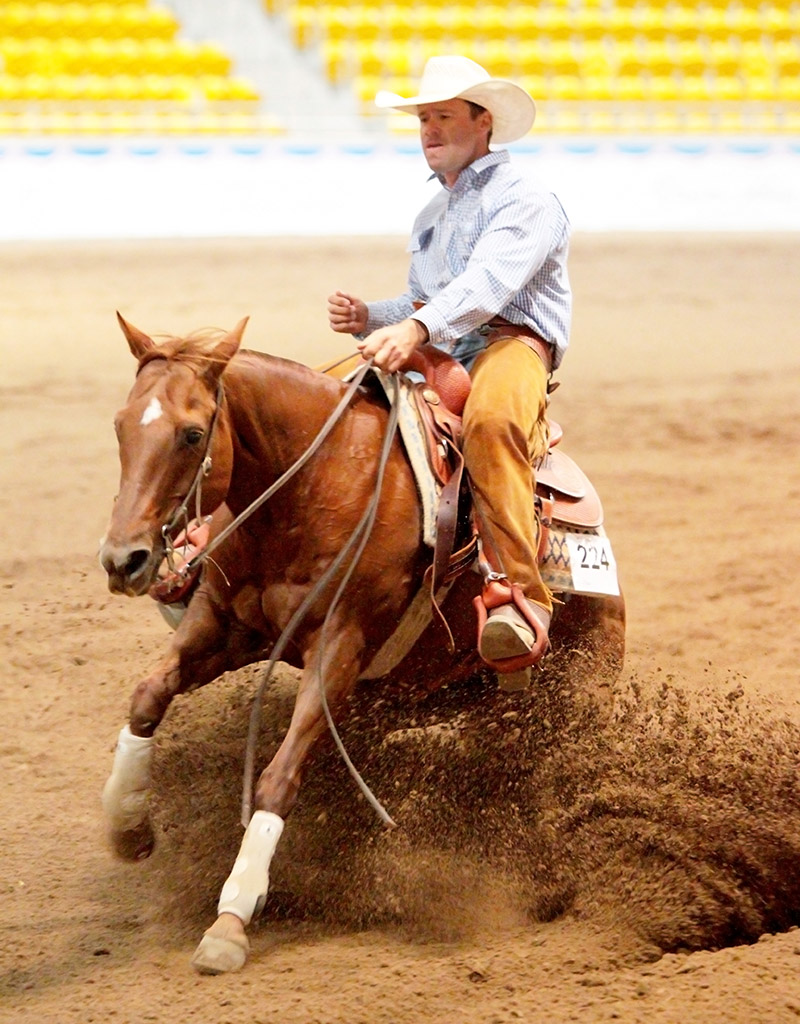 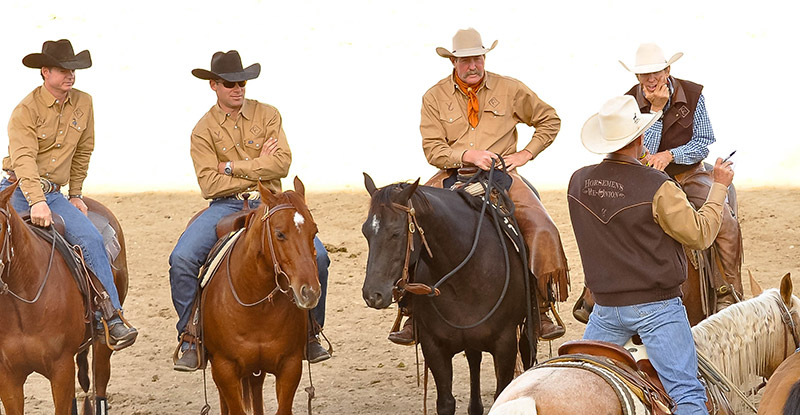 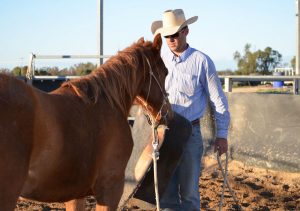 Rob’s training program emphasises the importance of building a solid foundation. He believes support, preparation and repetition, in the early stages of training, are all critical in the development of a confident, reliable and disciplined horse.

With a straight-forward approach, Rob discourages resistance while encouraging the horse to seek relief through positive reinforcement. He aims to teach horses to think, instead of react, under pressure.

Consistency, feel and timing are essential elements to his technique and respect is reciprocal. Rob’s goal is to build horses to excel in any discipline with the firm belief that ‘a solid foundation is the key to success.’

Rob has conducted clinics and demonstrations in the U.S., Australia and even the Philippines. He has a passion for helping people with their horses and encouraging their success. His clinics specialise in horsemanship fundamentals, cow horse control, cutting foundations and reining manoeuvres. 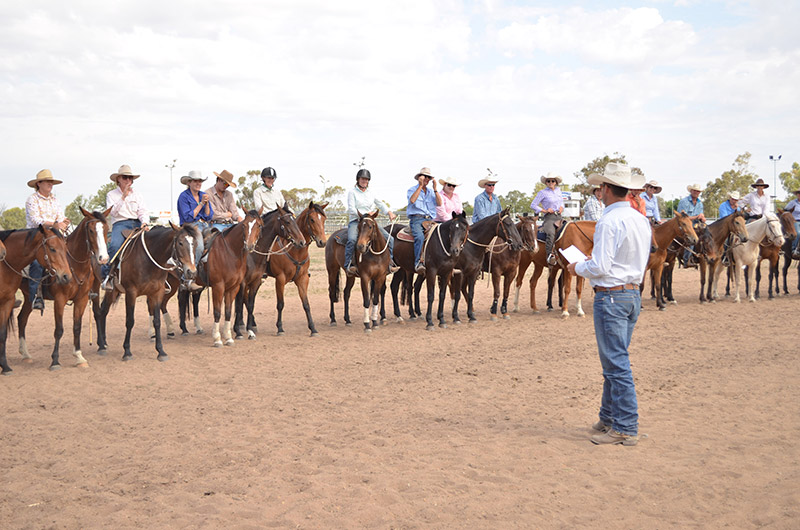