Mat Oakley Cutting Horses
Building mental strength to achieve a better quality of show horse that anyone can ride! 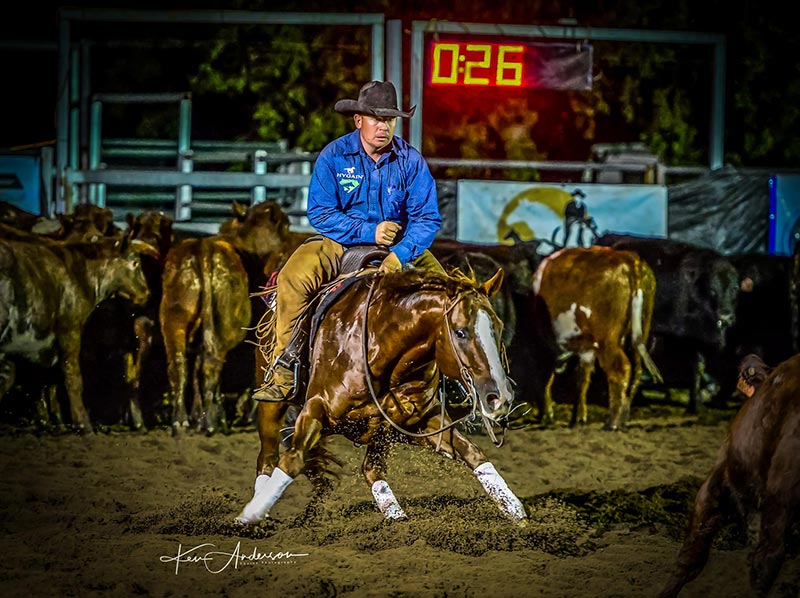 Mat Oakley has always had a very clear vision of who he wants to be as a horse trainer. Early on, he formed a unique understanding of what would best serve both his horses and clients. He has never wavered from his ultimate goal to give each and every horse what it, as an individual, needs to be the best it can be.

In his early career, Mat focused on breaking in; as well as training and competing campdraft and challenge horses and preparing sale horses. At the time he couldn’t have imagined he would go on to work with and be mentored by some of Australia’s, and indeed the world’s leading trainers. He also had no plan or concept that he would go on to be a cutting horse trainer. After spending time in the USA in 2008, where Mat’s aim was to learn as much about the horse training business as he could; he returned to Australia, where over the next few years a series of fortunate opportunities led him to spend invaluable time with Mark Buttsworth, Roger Wagner and Graham Amos.

Mat was 22 years old when he went to work with Mark Buttsworth and feels fortunate that ‘Buttsy’ offered him a great opportunity to learn. Buttsy gave Mat equal opportunity to ride his horses – both campdraft and cutters. When a bad accident sidelined Buttsy, Mat was there to take over riding all the horses, while still under Buttsy’s guidance. There were 7 Futurity horses and working with them daily started to change Mat’s focus on what his future would be and put the seed in his mind that he might go on to focus on cutting horses.

In 2014, Mat had another great opportunity, this time to work with another legendary Australian Horseman – Graham ‘Mouse’ Amos, who was based at Killarney. At this stage, Mat still had not shown a cutting horse, although he was training his own mare, Hard Hat Hilda, and she was close to being finished. While at Mouse’s, Mat was able to show Spins Miss Kitty and Stylish In Time at two shows, this was just before the NCHA Futurity.

Mat shocked many, heading to his very first NCHA Futurity, making the Open Futurity final on Hard Hat Hilda and then winning the Limited Open Futurity.  This achievement was surreal to Mat, because he says he didn’t have an understanding of how hard it actually was.

In 2018, Mat matched the result he had in 2014 on Hilda, this time on another horse that would become a stand out in his career, Hell Blazer, a stallion by High Brow CD from One Hellofa Spin. Mat and Hell Blazer finished 7th in the Open Futurity and won the Limited Open Futurity.  To Mat, at that point in his career, this result felt like a reward for all the hard work.  Mat would go on to have a lot of future success on this same horse.

In 2016, Mat had the chance to train from Roger Wagner’s property at Maryborough. Roger, one of the world’s most successful trainers, had recently returned from the USA. Mat enjoyed the opportunity but unfortunately the cattle supply was limited at Maryborough and a few months later Mat was forced to relocate.  He returned to a property with an indoor arena at Glen Innes, where he had been fortunate to train from previously.

Mat and wife Casey are now settled in on a property they are in the process of buying from Casey’s parents, at Walcha.  Mat and Casey enjoy operating their business as a team, and Casey is all the help Mat is after – she knows what he wants from his horses and they work well together.

Mat likes to keep the number of horses in his care manageable, at around 25 in total – to ensure he can properly focus on every individual. Training isn’t a numbers game to Mat, it is very much about doing a quality job. Some of the horses in his program are prepared for open level competition for Mat to show; but he places as much emphasis and importance on non-pro horses, some of which are shown exclusively by their non-professional owners.

“This business isn’t all about me. It’s about all the people involved in it, and I want the non-professionals to feel that they are important and a priority”.

Mat’s training philosophy is based around the mental preparation of his horses first and foremost, and the physical side comes along as the training progresses. Mat works on 0.3 % improvement per day over 12 months. Every day, on every horse he has a plan and is clear on what he wants them to achieve.

“As soon as they get what I am after, I put them up. Less is more to me.

It’s really important to me to understand the horse I am riding at that time. To know its strengths and weaknesses. I take the little wins. By focusing on these small wins and steady progress, you end up with a good trained horse at the end.

I don’t work them too long, and I don’t like them getting hot or overworked. This helps them to stay sound, as well as physically and mentally strong through the training. You can do more damage overworking them.

I don’t rework horses – when you do that it is for yourself more than the horse”.

Mat still prefers to have the horses from breaking in, but does take horses that have been started by other breakers.

“When I can start them myself I can get the things I want on them from that early age. I like a lot of bend and softness. I like them to be soft everywhere through the body. I like collection, and I collect mine for longer than some do – before I start pitching them away.  It makes for a better-balanced horse and that stays with them.

I like to say that to be a good trainer you need a good imagination – to be able to deal with any type of situation on all different horses. I don’t want to train one style of horse, but to think and do what different horses need to get the most out of them.  In other words, I don’t like to be one-dimensional. You need to think about what you are actually doing, and you will get a higher percentage of trained horses to a high level!”

Of his successes to date, Mat thinks fondly of his wins at the local aged event show run by the Hunter Valley Cutting Club in 2020. It was a sentimental achievement  for both he and Casey because Mat won both the Futurity and Derby on horses they bred, by Highway to Hell from their beloved mare Hard Hat Hilda. Highway To Hell is owned by the All Star Syndicate, of which Mat and Casey are part.

Mat’s main career goal is to be known as someone who trains a complete and well-rounded show horse that anyone can ride.

“I want to produce a good product and I want people to know that I give 110% all the time!” 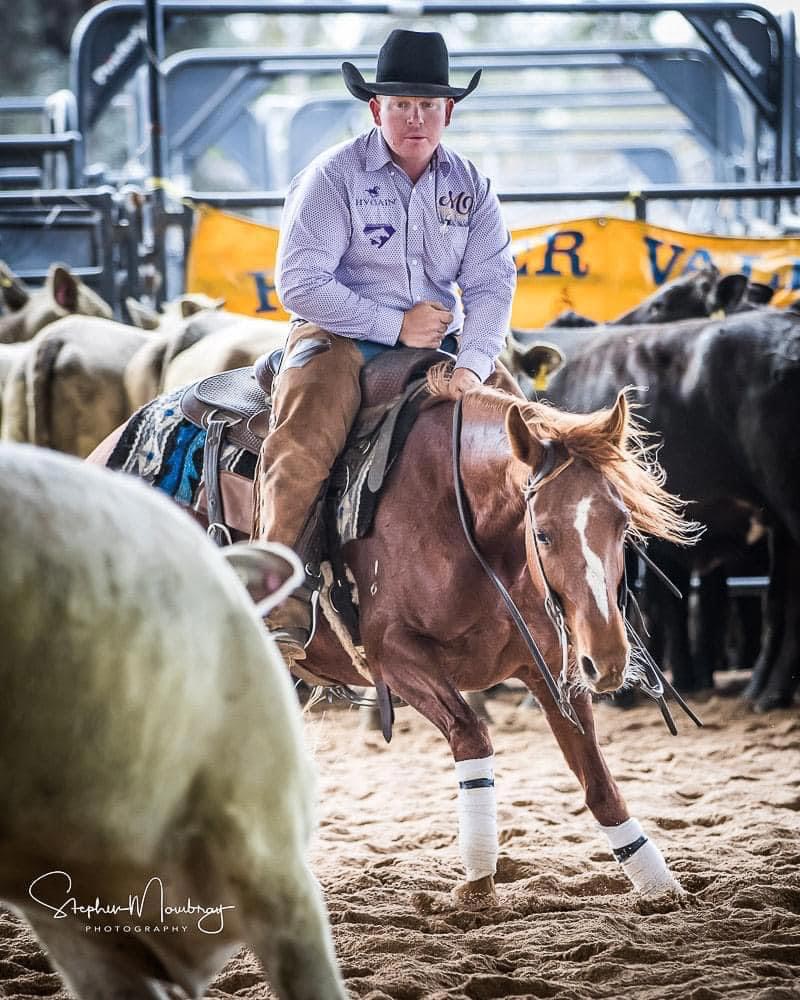 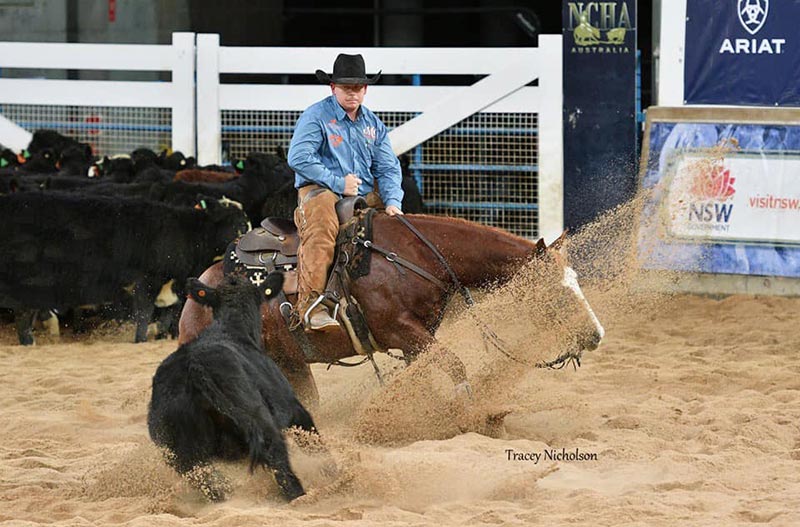 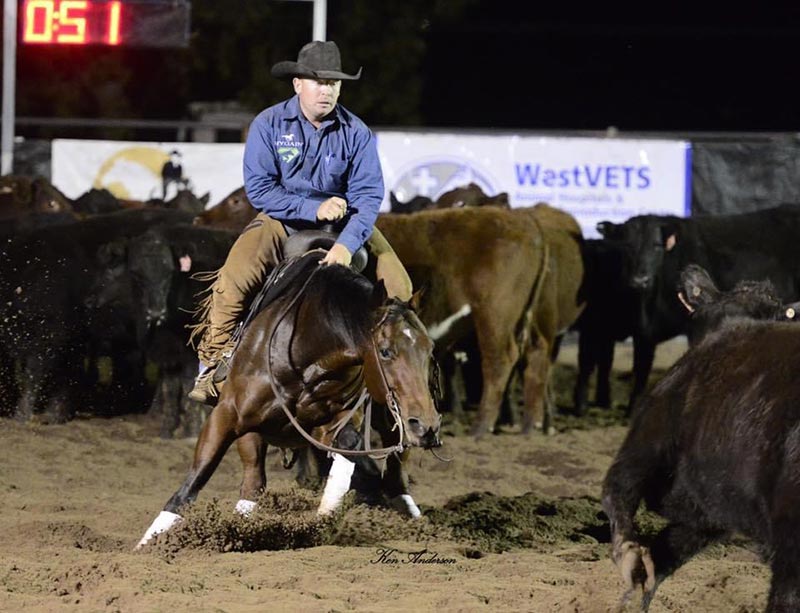 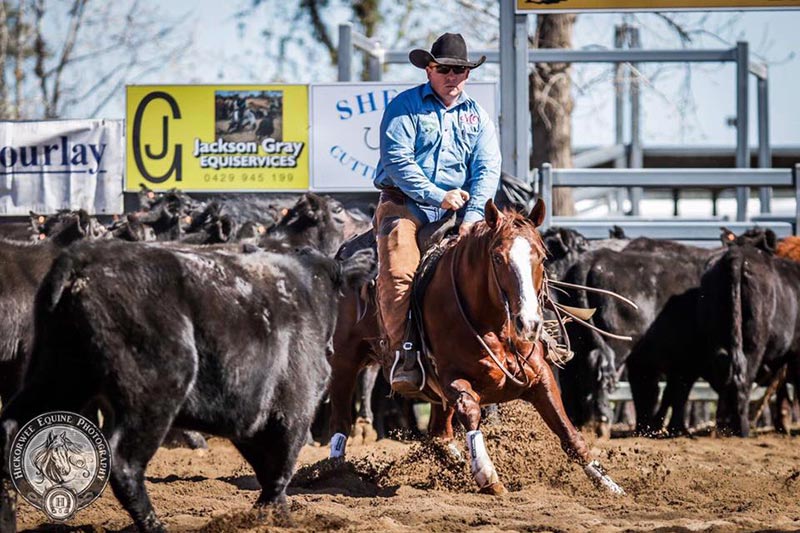 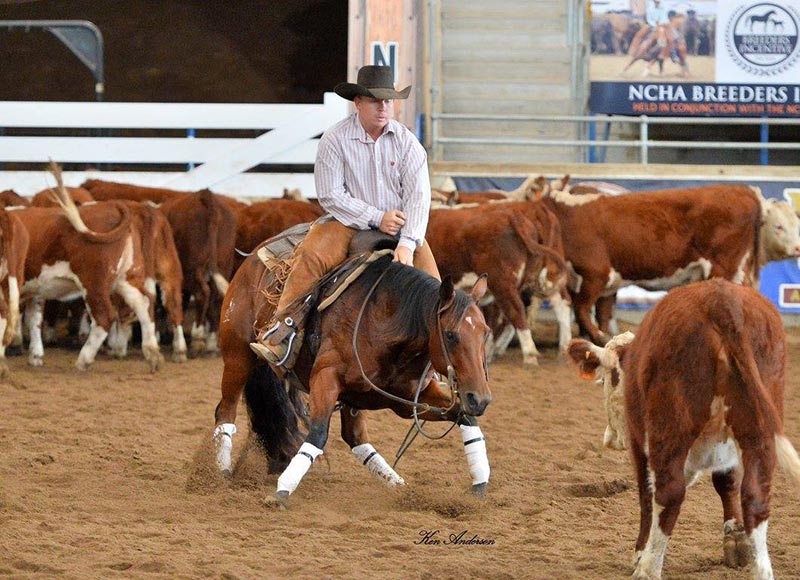 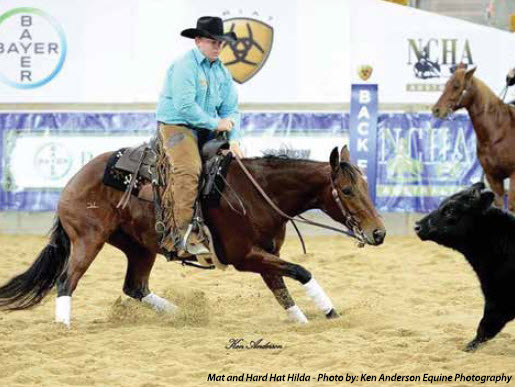 Our clinics are run over two days, usually Saturday and Sunday.  We cater for for all levels, from those who have never tried cutting all, right through to seasoned show people.

Watch our FACEBOOK PAGE for upcoming clinic dates or let us know if you like to be notified when the next one is available.

We also offer private lessons where people can come & bring their own horse. 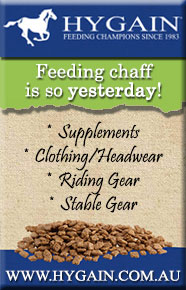