Published by Heather Pascoe, May 10 2022
There’s a famous old saying in horse breeding that says ‘every great stallion comes from a great family.’ This is the carefully documented story of the female family of Nonda Southern Cross – Denzel and all the elite Group 1 quality champions they have produced.

While we know much about Denzel’s Champion sire Acres Destiny and his Champion grandsire Docs Freckles Oak, we consider that the female family of a stallion is even more significant than their sire-line when it comes to the making of a great sire that is capable of breeding on and having his influence felt for many generations.

We begin the series with Nonda Cuddles, the near-black modern taproot of the family (1964 – 1987) which originated with the station mare Rotorua who was bred by Heather Pascoe’s grandfather N. H Brown at Nonda Downs station in North West Queensland back in 1923.

She was photographed as a young 3YO, long before she became the best camp horse in the station and then went on to create her own dynasty of horses at stud.

Next in the series will be her beautiful daughter Nonda Night Bird (1982 – 1995) followed by her daughter Nonda Happy Ever After (1993- 2016) who were Denzel’s grand dam and dam respectively. 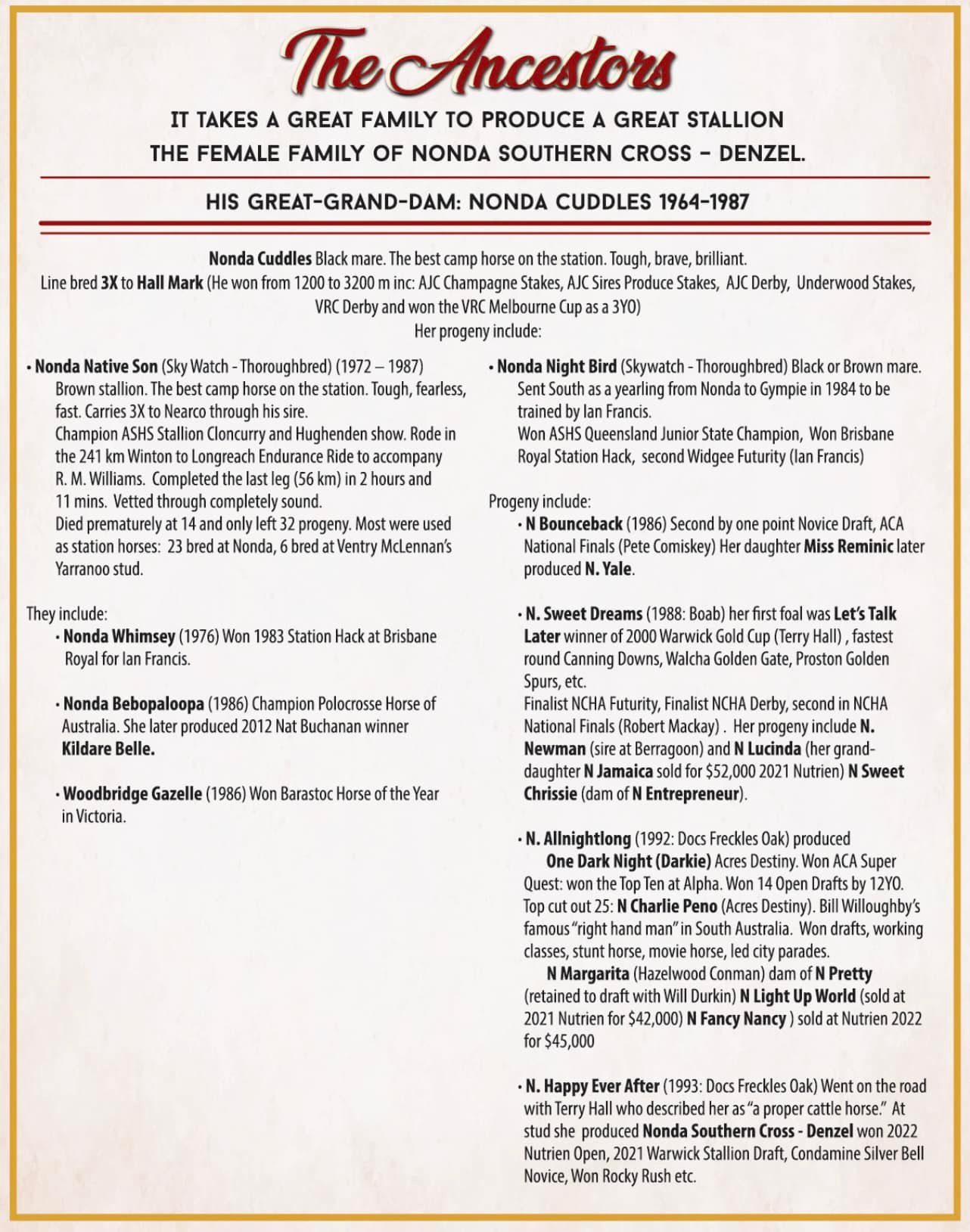